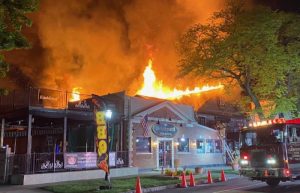 A massive fire recently engulfed parts of Lewiston’s Brickyard Pub & BBQ and Brickyard Brewing Company. Lewiston Fire Chief Les Myers said the fire was mostly in the rear of the building, and that BBC sustained most of the damage. A number of fundraising efforts have popped up to support the brewery and their staff, including a Go Fund Me, which has raised over $12,000 thus far, and a PayPal, which has raised nearly $1,000. The Lewiston Artisan Farmers Market is also having a basket raffle. On June 6, they will be selling raffle tickets ($20) for a chance to win a gift basket filled with gift certificates from businesses throughout the region.

Also on June 6, Brickyard will launch their Pollinator Pack initiative. Coupled with the release of their Bumble Ghost New England IPA at the Artisan Market, the first 100 4-packs sold will receive a wildflower seed packet with purchase. 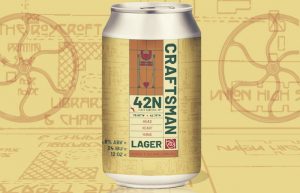 42 North has introduced a new core beer to its lineup, Craftsman Lager, a medium-bodied German-style Helles Bock that features Noble hops and balanced malt flavor. Craftsman Lager pays tribute to the arts and crafts legacy of 42 North’s hometown of East Aurora. Craftsman Lager will be released on June 6 at the brewery and will then be available wherever great beer is sold next week. You can pre-order online at theoutpost42n.com. 42 North has also recently released cans of Sif & Stave Red Wine Barrel Aged Blonde Ale and Major Hoops DIPA, the latest in the Pre-Emption Line Series. 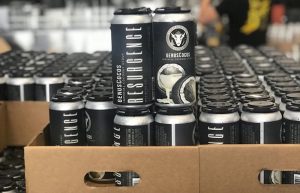 It’s the Stouting This Weekend at Resurgence Brewing

Resurgence is rolling out the stouts this weekend with the release of Caramel Coffee Crunch Imperial Stout and Banana Split Imperial Stout, as well as the re-release of GenusCocos Imperial Coconut Stout and S’more Than Friends Imperial S’more Stout. Caramel Coffee Crunch features a sweet and smooth blend of coffee, caramel and toffee, while the Banana Split features sweet banana flavor with smooth and creamy chocolate notes. 50 crowlers of each will be available. GenusCocos and S’more Than Friends will be available in 4-pack cans. These beers are available for pickup on Saturday and can be pre-ordered now via HopMule. 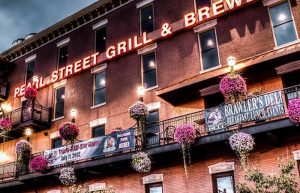 After months of being closed due to the coronavirus pandemic, Pearl Street Brewery is reopening for curbside pickup and takeout. Crowlers are available for $8, growler fills are $12. Call 856-2337 for beer availability. Pearl Street is also offering 32oz. ‘Just Add Ice’ cocktails and wine by the bottle to-go, as well as many food options and family-style food packs. They are opening 12pm – 7pm. Visit their Facebook for more information and weekly specials.