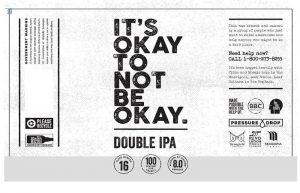 Brickyard Brewing is teaming with Pressure Drop Brewing and Thin Man Brewery on It’s Okay To Not Be Okay Double IPA, with 100% of the sales going towards suicide prevention. The beer will be brewed at Brickyard once they are back up and running. Niagara Label, Stronghold Studios and Revolution Mobile Canning are also donating their time and services. More information will be released soon. If you’re feeling down, unsure, or find yourself alone in a dark place, never be embarrassed to reach out. Talk to a friend. Call 1-800-273-8255. Get help. 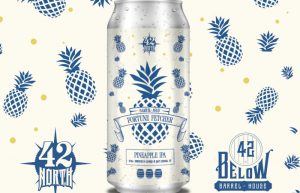 42 North is re-releasing Fortune Fetcher Pineapple IPA with a new twist – it’s rum barrel-aged. The pineapple IPA was aged in rum barrels with added roasted pineapple and all spice for a perfect blend of tropical flavors as well as some coconut derived from the barrels. Cans will be released September 19 at 12pm. You can preorder for weekend pickup. Rum Barrel-Aged Fortune Fetcher Pineapple IPA will also be available at Outpost – BUF at Buffalo Distilling Co. at noon on Saturday (tasting from noon-3pm) and Outpost – EVL at Ellicottville Coffee Company at 3pm (tasting from 3pm-7pm).
You can also vote on their upcoming Fifth Anniversary Sour IPA. Vote for Passion Fruit & Guava, Mango & Guava or Peach & Passion Fruit. Vote here. 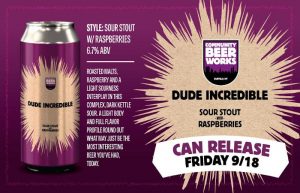 CBW’s popular Dude Incredible Sour Stout with Raspberries will be available in cans for the first time ever on September 18 (3pm). Roasted malts, raspberry and a light sourness interplay in this complex, dark kettle sour, with a light body and full flavor profile. Preorder will go live on September 17. 16oz. 4-pack cans will run $14.99. 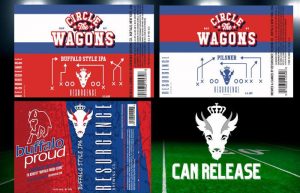 Resurgence’s Circle the Wagons mixed pack features a crisp, clean pilsner with slight bitterness and a Buffalo-style IPA brewed with Amarillo, Galaxy and Citra hops for a soft, fruit forward beer with a balanced bitter finish. The mixed 4-pack will be available September 19 (11am), or September 18 for HopMule users. Resurgence is also releasing Buffalo Proud IPA, a Buffalo-style IPA brewed with Citra, Mosaic and Galaxy. A portion of proceeds will go to benefit the Buffalo Zoo. Preorder now. 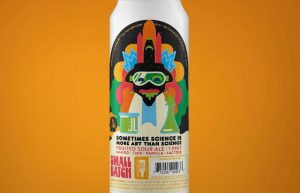 On September 18, Thin Man will drop Sometimes Science Is More Art Than Science, their latest fruited sour, this one with mango, lime, vanilla and lactose. This sour pours an opaque neon orange hue, bursting with bright mango, a hint of lime and vanilla. Silky, smooth, creamy body thanks to the lactose. Cans will be available at all locations.