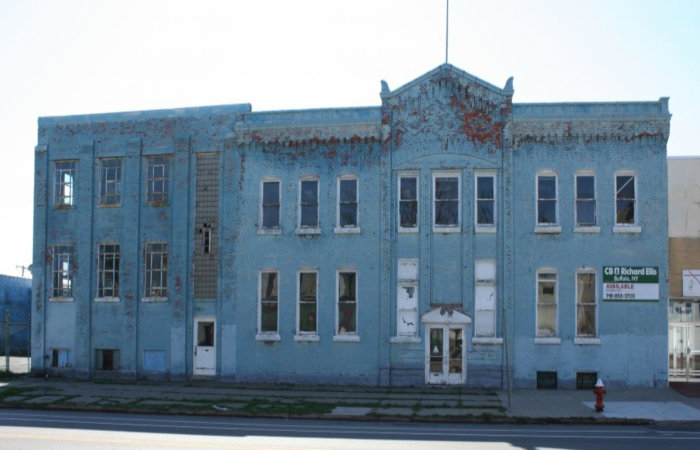 Buffalo Brewing Company have announced plans to expand their operations, and have their sights set on the former Schreiber Brewery Company building, which is located at 662 Fillmore Avenue. BBC is looking to purchase and renovate the former brewhouse after receiving funding through Empire State Development as part of the Buffalo Billions II project. “We have been exploring this option for quite some time and now that we have state funding, it’s time to start raising capital to first purchase then renovate and relocate to Schreiber,” BBC said in a statement. Stay tuned for more details as they become available. 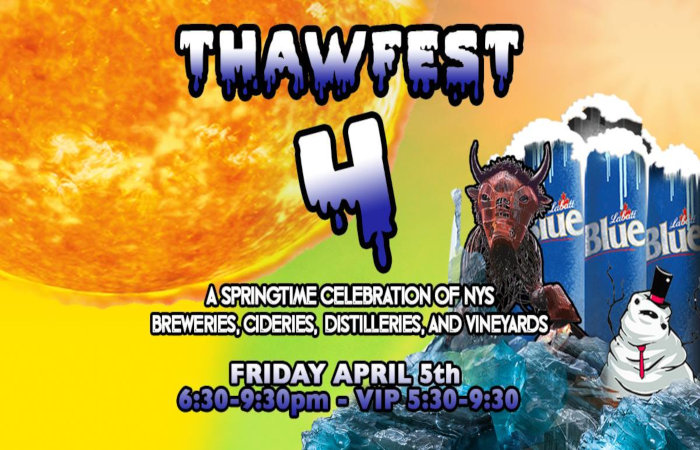 Celebrate the End of Winter at the Fourth Annual Thawfest

It’s been a long winter and we all could use a drink. In fact, we deserve a drink for surviving another one. What better place to do so than at Thawfest at Buffalo Riverworks on April 5 (6:30-9:30pm). Over 50 local breweries, cideries, distilleries and wineries will be on hand, while ManBearPig provides live music. A wider selection of rare and limited beers, as well as finger foods, will be available in the VIP section (5:30-9:30pm). Purchase tickets at www.thawfest.com (GA – $45, VIP – $65). New this year you can add a brewery tour to your VIP package ($80).

In The Mix Brewing & Creamery, located at 1693 East Avenue in Barker inside the former Barker Brewing, will open this weekend. The unique brewery/creamery hybrid, owned by brothers Jared and Austin Mesiti, will specialize in craft beer and artisan-frozen custard, including beer-and-wine-infused selections, and milkshakes. They will have eight taps and a 3bbl brewhouse. Plans calls for a Blackberry Wit, Swurl Milkshake IPA, 4 Layers Stout (Smores), Blonde Ale and Irish Red Ale on tap at launch. On April 5, they will open at 2pm, then will be open at 11am on April 6 and 12pm on April 7.

It’s been well over a year since Thin Man Brewery teamed with Mikkeller Brewing NYC to brew a limited edition beer for the 2018 NHL Winter Classic, Filthy Flow IPA, but the wait is finally over. You asked for it and now Filthy Flow returns to Buffalo on April 6 (11am), and will be available in cans and draft at Thin Man. Brewed with Citra, Simcoe, Mosaic and Galaxy hops, Filthy Flow pays homage to the Buffalo Sabres and New York Rangers, who met in the annual outdoor game. Filthy Flow’s label was designed by Mikkeller art director Keith Shore.