Cole’s, the longtime staple of Elmwood Avenue nightlife, is turning a ripe old 85 years old this year, and want you to help celebrate their storied tenure on November 7 (6pm). For the special celebration, Cole’s will have a complimentary buffet throughout the night, drink specials, live music during the day and a live DJ set at night. “Thank you so much to all of our loyal customers, friends, and patrons,” the bar says. “Come dance, drink, and eat, joining us and the Shatzel Family for an amazing night on our 85th.” The event is free and open to the public. 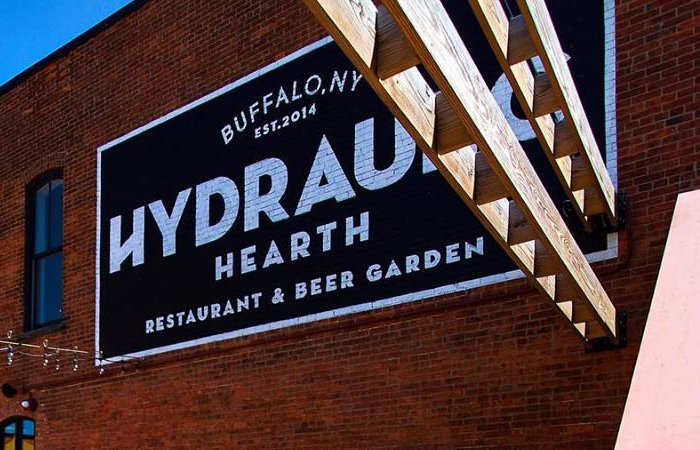 If you blinked, you may have missed it – Hydraulic Hearth is already turning five! They are putting their best foot forward on November 9 (5pm) to celebrate the benchmark with beer specials (they’re home to a Community Beer Works satellite brewery if you didn’t know), pizza buffet and live music. All draft beers will be $5, there will be a $10 pizza buffet and a full slate of live music, including Borderland Music Fest alum Miller and the Other Sinners (5pm), Geno McManus & Frank Grizanti of The BlackRock Beatles (6:30pm) and Lazlo Hollyfeld (originals & Talking Heads covers)(8pm). 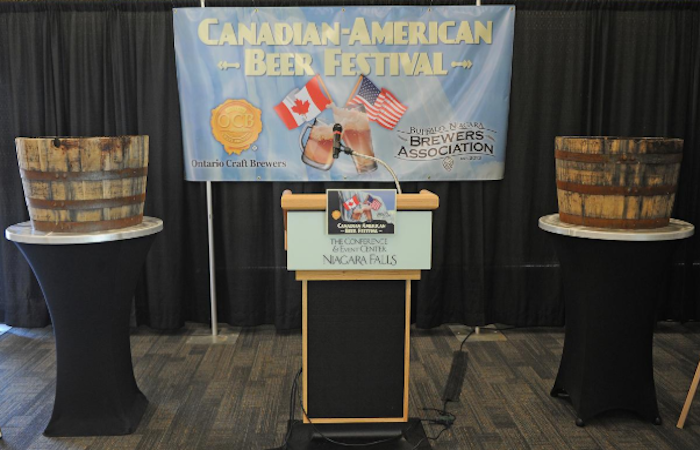 The cross-border collaborations for the 2020 Canadian American Beer Festival are now set. The collaboration lottery was held before the inaugural Can-Am Fest on October 29 at the Scotia Bank Centre in Niagara Falls, Ontario. In total, 40 breweries (20 American, 20 Canadian) will take part. The collabs will take place on both sides of the border, with plans calling for ten beers to brewed in Ontario and the other ten to be brewed in Western New York. Find all of the brewery teams at canadianamericanbeerfestival.com. The CanAm is organized by the Buffalo Niagara Brewers Association and Ontario Craft Brewers. 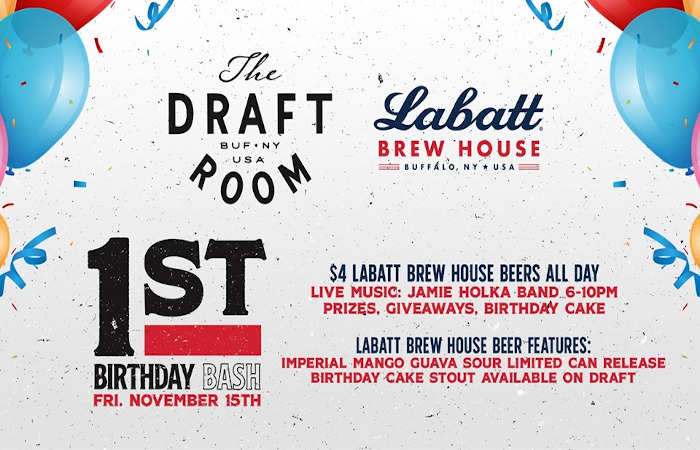 The Draft Room at the Labatt Brewhouse Celebrates One Year

It is truly hard to believe that the Draft Room inside the Labatt Brewhouse has already been in operation for one whole year, but it’s true, and the time to celebrate is November 15 (6pm). There will be live music courtesy of the Jamie Holka Band (6-10pm), as well as prizes, giveaways, birthday cake and $4 Labatt Brewhouse beers all day long, including their brand new Birthday Cake Stout, which will be on tap for the party. The party will also feature a limited release of LBH Imperial Mango Guava Sour in cans for the first time ever. Happy birthday! 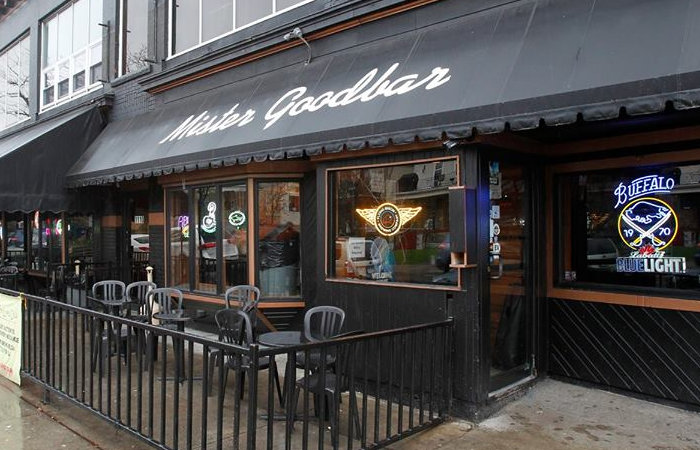 Mr. Goodbar’s Buffalo Cask Ale Festival returns on December 6-8 (starts at noon each day). The annual event officially gets underway with the VIP Local Brewers Night on December 5 ($25, 7pm), an intimate gathering featuring a number of specialty casks from all-local breweries, such as Flying Bison, Thin Man, Old First Ward Brewing, Resurgence and 12 Gates. Purchase pre-sale ticket sheets worth $20 of cask beer good during the duration of Cask Fest for $15 or purchase a ticket to the VIP Local Brewers Night and a presale ticket sheet for only $35 with the Cask Ale Lovers Special. 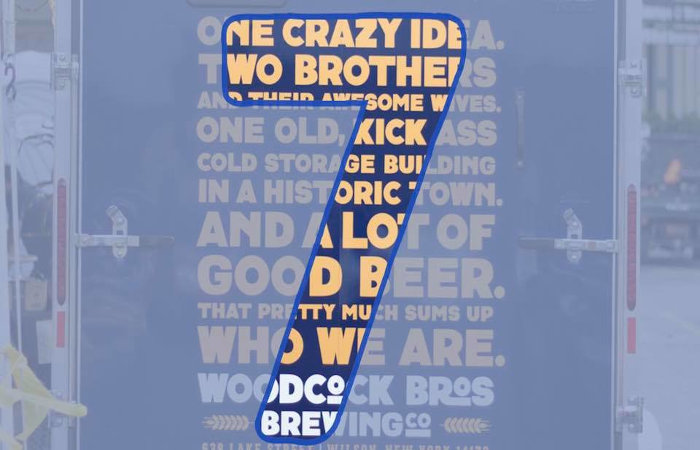 Woodcock Brothers Brewery are celebrating their seventh anniversary at their Wilson, NY location on November 16 (12pm) the only way they know how – with new beer. The brewery will roll out four new beers for the party, including Celluloid Dreams Vienna Lager, a delicious, classic style quencher, and The Beautiful Game #02 Double Dry Hopped New England IPA, brewed exclusively with all Citra hops for notes of big, ripe citrus and tropical fruits. Woodcock will again be serving free chowder on the patio starting at noon until they run out and The Derek Mediak Band will be playing live 3-6pm.

If barleywine is truly your life, then you will not want to miss out on the first ever Thee Barleywine Classic & Invitational, a first-of-its-its kind festival for Western New York, which will take place February 9 at Community Beer Works. Tickets are $35 and include samplings of 10 different barleywines and a big bowl of chili. As of now, festival invitees include Community Beer Works, Brickyard Brewing, Big Ditch, New York Beer Project, Moustache Brewing, Rushing Duck, Cambridge Brewing Company, Rare Form and Bolton Landing. Check for updates on the inaugural festival at communitybeerworks.com/event/thee-barleywine-classic. Purchase tickets now at Eventbrite. 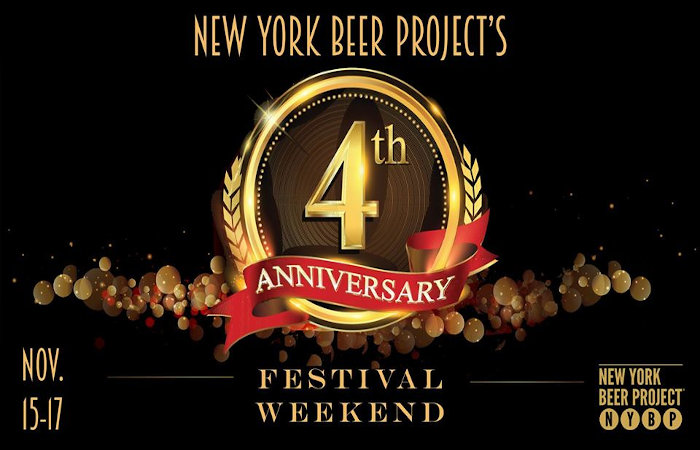