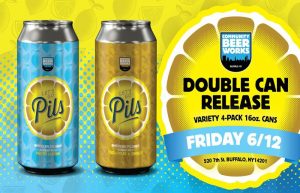 Community Beer Works Drops Some Fruit in their Lager

Always looking to push the envelope, Community Beer Works are putting a twist on their house lager Let’s Go Pils with a pair of fruited variants. Meyer Lemon Let’s Go Pils and Yuzu & Ginger Let’s Go Pils will be released on June 12 at 2pm. They will be released in mixed 4-pack cans featuring two of each flavor. Available for curbside pick-up or home delivery at their Website. Preorder begins at 8pm the night before. Celebrate the summer of lager with these freshies. Pair with chicken wings, pizza or each other. 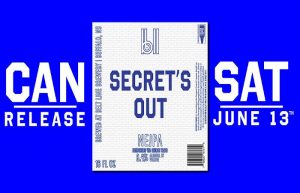 This weekend, Belt Line will be releasing their newest Double New England IPA, Secret’s Out, on June 13 at 1pm. Secret’s Out features Vic Secret, Idaho 7 and Mosaic hops for a soft and juicy body with massive notes of pineapple. While you’re at it, make sure to stock up on Belt Line’s recently released Blueberry Spring, a sour ale with blueberries, lemon zest and lavender, and Honey Kolsch, which they will be canning soon. Until the kolsch is canned, the brewery will be offering $8 crowlers of it. 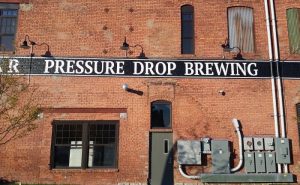 Pressure Drop Brewing is bringing back Pineapple and Mango Sticky Trees IPA on June 13 (12pm). Crowlers of each are available for pre-order at their online store and are $10 each with no limit. Once you pre-order, you can pick up between 12pm-5pm on June 13 on their loading dock behind the Barrel Factory. In addition, you can purchase any of Pressure Drop’s other beer when you pick your order up. 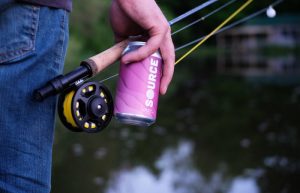 Buffalo’s first locally-brewed hard seltzer to be distributed, 42 North’s Source Craft Hard Seltzer, will be released on June 13. The 4% ABV Wild Berry is made with red raspberry, blackberry and cherry. It’s made with 100% real fruit, malted barley, natural sugars and dry-hopped with Sabro hops for light and refreshing flavors. After being released at the brewery this weekend, Wild Berry Source will be available in 12oz 6-packs at local grocery stores and bottle shops. 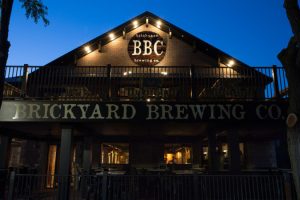 On June 13, the Brick By Brick Benefit event will be held virtually, with all proceeds going to help the staff of Brickyard Brewing and Brickyard Pub & BBQ, whose buildings were damaged recently in a devastating fire. The event will feature stories and memories, along with musical entertainment from Chris Borgatti, Vinnie DeRosa, Tim Britt Band, The CT Scan, No Vacancy and more. A full schedule with artists and set times will be released soon at the event page. You can also donate directly to the Go Fund Me here. 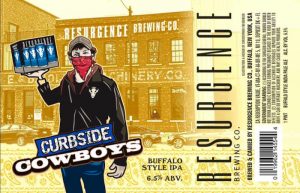 This Friday, Thin Man Brewery will release Jar of Green IPA, the next installment in their Small Batch Series. Brewed with Samba, Simcoe and Cascade hops, Jar of Green will be available at all Thin Man locations.

1862 Pineapple Cream Ale is making its return to Buffalo Brewing Company on June 12 at 3pm. This is Buffalo Brewing’s classic cream ale brewed with pineapple pulp. It’s available for pre-order on HopMule.

Resurgence Brewing is releasing Curbside Cowboys Buffalo-style IPA on June 11. Curbside Cowboys is a tip of the cap to all of those brewery workers who worked long hours outside in all kinds of weather to put beer in your trunk. 4-pack cans are $14.30 and are available for preorder on HopMule.