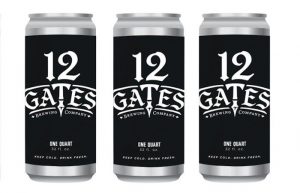 12 Gates Brewing has launched a new Crowler Club, where you get two free crowlers after your tenth purchase. To join, ask for a punch card the next time you are in the taproom. Right now you can score two of their newest New England IPAs – Lightning Emoji (cans are also available), which features African Queen, Mosaic, and Galaxy hops, and Buzz the Tower, their former Pilot IPA #21. You can also score crowlers of their Dirty Dangles Imperial IPA and Wicked Tripa Triple IPA. Visit their website for more information. Cans of Flo-Mingo Fruited Sour are still available as well. 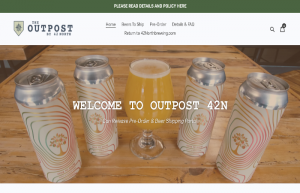 42 North has launched The Outpost 42N, a new online pre-order and shipping portal. New releases will be available for pre-order purchase and release day pick-up at the brewery. Pre-order for each release will be available until the brewery opens on the day of the can release. Beer fans from around New York, Ohio, Vermont and New Hampshire will have the ability to order beer online and have it shipped directly to their door. The minimum order is two 4-packs or bottles and the maximum is one case, six 4-packs or 12 barrel-aged bottles per order. Learn more at here. 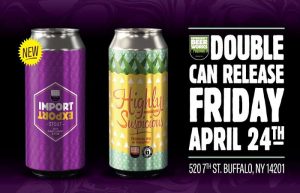 Community Beer Works are doing their part in getting your fridge properly stocked for the weekend with a pair of can releases at their curbside retail shop on April 24 (3pm). The brewery’s limited run Garage Series continues with the debut of Import Export Stout (6.9%, $14.99 per 4-pack), a strong stout brewed with black currants and plum that pours jet black with slightly purple colored foam, and the return of Highly Suspicious Pineapple IPA (6.5%, $16.99 per 4-pack), a collaboration with Auburn’s Prison City Pub & Brewery, that features grilled pineapple along with Citra, El Dorado and Galaxy hops. 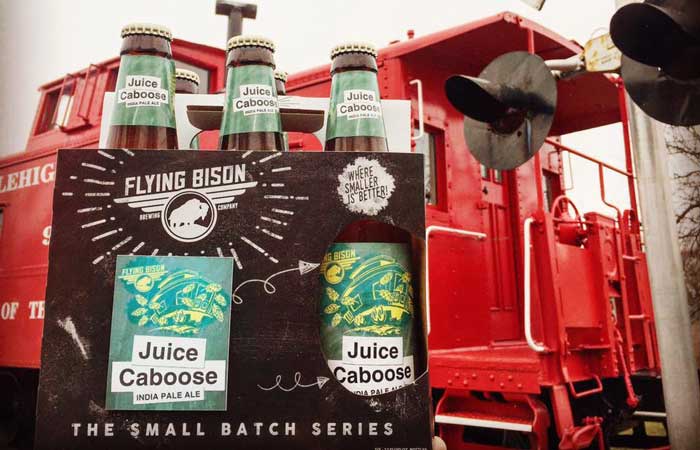 Juice Caboose, Flying Bison Brewing’s beloved IPA, is making its comeback on April 24 (4pm). Juice Caboose is hazy, juicy and packed with a train-car full of hops (Centennial, Citra, Galaxy, Rakau, Cascade, Denali) to create a soft bitterness as well as a creamy mouthfeel courtesy of the addition of wheat and oats. For the release, Flying Bison are teaming with Pizza Amore, so when you stop down for some beer, grab a wood-fired pizza to pair with it. The brewery’s favorite pizza styles are Chicken Wing, Pepperoni, and Veggie. Grab 2 six packs, because they are BOGO 50% OFF.