Buffalo Beer Buzz: Where to Drink Beer to the New Year 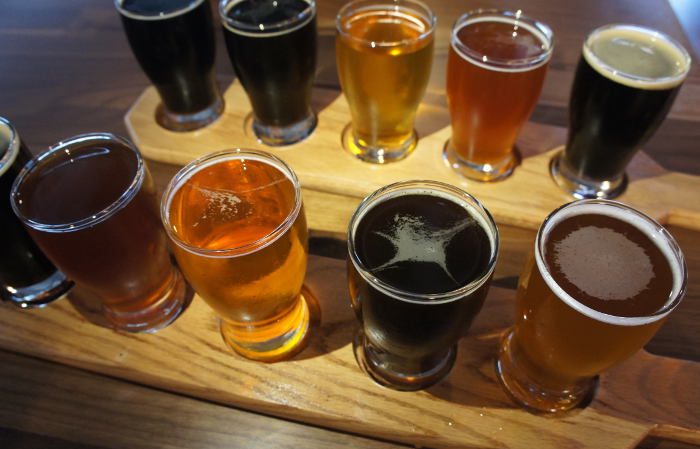 After nearly a full year collecting and tabulating thousands of votes, MyCityBrew’s quest to craft the ultimate Buffalo beer is reaching its final stages as it is now down to the final vote. After nearly 5,000 votes were cast for Lager in the first round, the final round is between a Pale Lager, Pilsner, and Dunkel, and you can cast your vote right now here. MyCityBrew is hoping to have the final voting event on January 15. Then, after the final selection is made, Community Beer Works’ own Andrew ‘Drew’ Hardin will brew the final product, which will be available at restaurants and bars throughout WNY. Find more information at mycitybrew.com.

Where else can you get a view of the Electric Tower fireworks display and ball drop while enjoying some of Buffalo’s best craft beer? At Big Ditch Brewing’s New Year’s Eve celebration of course. Plus, across the city Resurgence will be doing their thing to ring in 2017, 42 North is hosting a Keg Drop in East Aurora, and West Seneca’s got Rusty Nickel’s 70’s party.

A new microbrewery and brewpub have been proposed for The Summit Mall. Mall manager Cynthia Potts says that the proposed beer project goes along with plans for two new giant sports domes, projected to open at the largely vacant mall sometime next fall, adding that a place to eat and drink could help revitalize the mall. According to Potts, the cost, exact design and location of the brewpub have yet to be finalized. A public hearing has been scheduled for January 23 on a possible grant to Big Thunder Brewing Co., which would be operated by the owners of the Summit. Currently, only Sears, Bon Ton and a Save-a-Lot grocery store call The Summit home.

Griffon Gastropub is closing out 2016 with a bang as they launch their third restaurant – G3, the first in the Southtowns. The gastropub took the place of Medici House and Thea’s on Main Street. The space has tons of seating, a super long bar compared to what was there before, and plenty, I mean plenty, of taps. These guys do a great job of curating and educating when it comes to brews. Southtowners should be delighted.