Buffalo Beer Buzz: Enjoy the Biggest Party Night of the Year at These Breweries 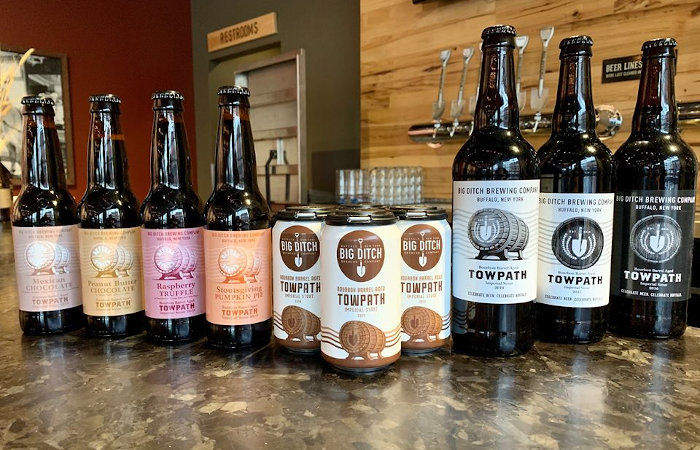 Celebrate the darker side of beer on Thanksgiving Eve at Big Ditch’s Stoutsgiving on November 27 (11am). In addition to the release of Bourbon Barrel Aged Towpath Imperial Stout (2019) in cans for the first time ($19.99 per 4-pack), this year’s Detour variants are Pumpkin Pie, Raspberry Truffle, Peanut Butter Chocolate and Mexican Chocolate ($8, $30 per 4-pack). There will be casks of Banana Coconut Chocolate Cream Porter and Irish Cream Make Me Wanna Stout. Also available: BBA Towpath (2016, 2017, 2018), non-BBA Towpath (2016), Holiday Porter and cans of Cannon Call DIPA and Deep Cut. 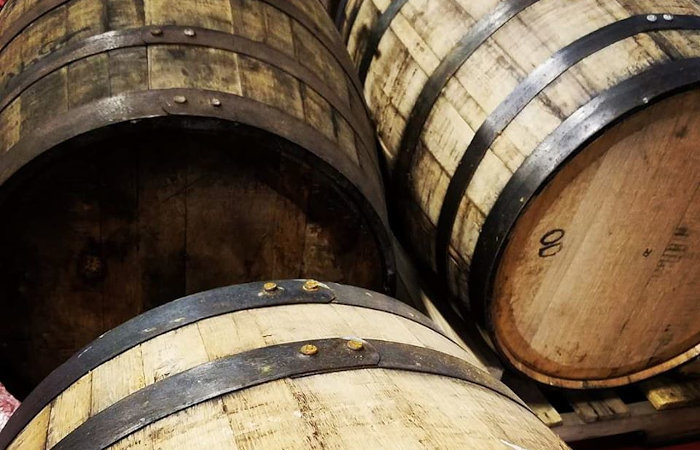 Pressure Drop Break Out the Barrels for Second Anniversary

In honor of their second anniversary, Pressure Drop Brewing are breaking out their cache of big barrel aged beers. On November 29 (6pm), Pressure Drop are opening up the doors to their brewhouse and will be tapping barrels containing their Blacklicious Imperial Stout aged three different ways – in bourbon barrels, rum barrels and whiskey barrels. Tickets are $25 are include a tasting glass, samples of all 3 Blackalicious variants, live music, and food. A cash bar will also be available. As an additional perk, you will have the opportunity to purchase bottles of all 3 variants. Tickets at EventBrite. 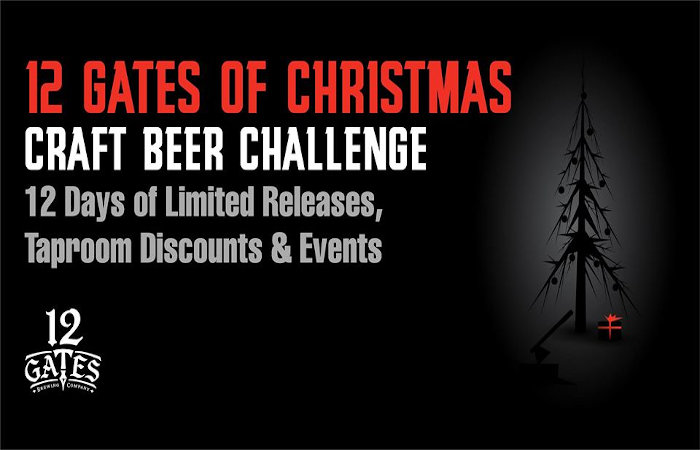 The 12 Gates of Christmas Is Back at 12 Gates Brewing 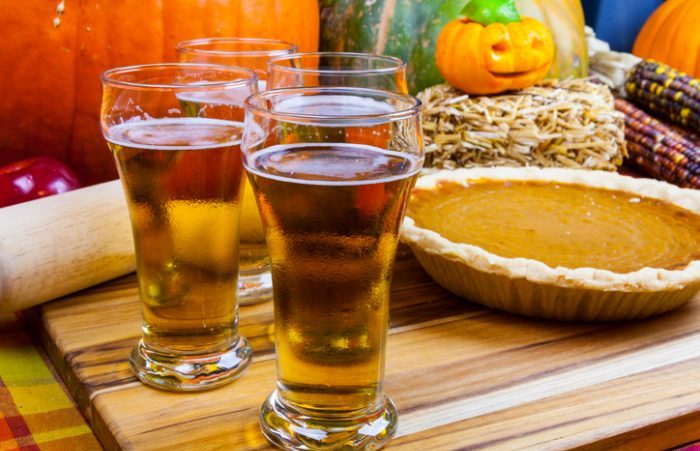 Enjoy the Biggest Party Night of the Year at These Breweries

Spend the biggest party night of the year in true Buffalo fashion – at a brewery! If you don’t yet have plans, you’re in luck because there are a number of breweries that would love to have you! 12 Gates will release Dirty Dangles, a 8.6% Double New England IPA, and a Randall of Danger Zone Imperial Stout Infused with Brandy Soaked Oak Chips, at their fourth annual Philosophest on November 27 (12pm). MJ & The Way (4-7pm) and Tiny Music (8-11pm) will perform. No cover. West Shore are throwing a 90’s Party (5pm), which will include the release of their Christmas Ale and 2 coffee infused beers. There will also be a 90s dress contest. Free. In honor of Thanksgiving Eve, Jamestown Brewing are finally debuting a slate of their own beer, including a pilsner, porter, brown ale, pale ale, and an IPA (8pm). There will also be live music by the Rust Belt Brigade and the Dan White Band. Free. 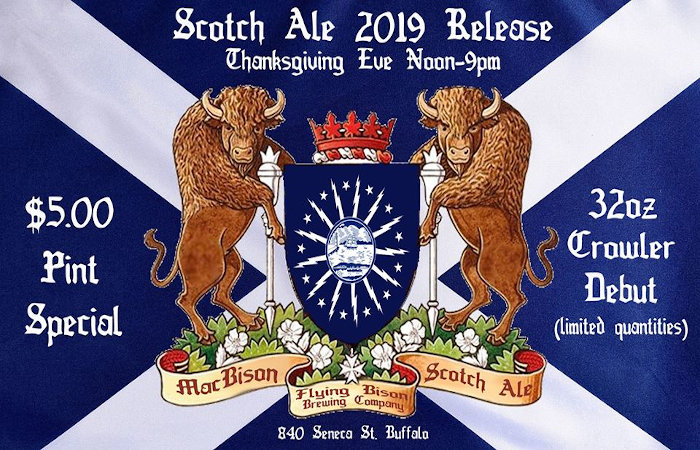 Flying Bison has chosen their 2019 MacBison Scotch Ale as the first beer they will crowler, which will be available on November 27 (12pm). A limited amount of crowlers will be available to go, and the brewery will be pouring $5 pints (normally served in twelve ounce goblets for $6) inside the tasting room all day. Kegs will also be available to take home. If you’d like to reserve one, call during business hours at 716-873-1557 or message the brewery on Facebook.