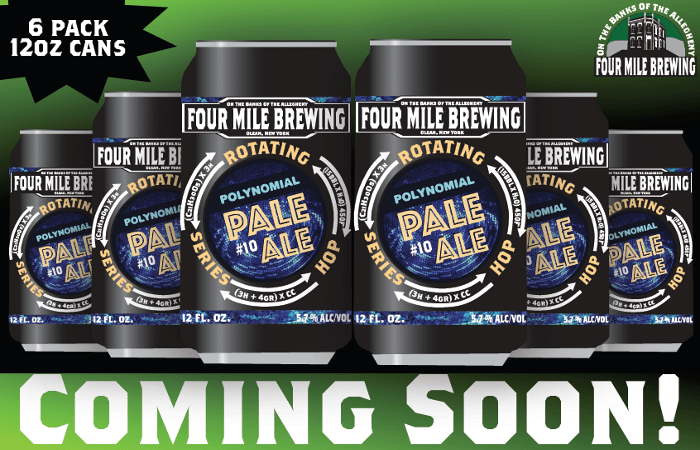 Four Mile Brewing Gets Into the Canning Game

Olean’s Four Mile Brewing is the latest local brewery to release their beer in 12oz. 6-pack cans, starting with their Allegheny IPA (7.2%), a West Coast-style IPA brewed with six varieties of hops, and Polynomial Pale Ale Rotating Hop Series (5.7%), a pale ale with a rotating hop bill, with plans to sell their wares at Wegmans, Tops, Consumer Beverages and local beer stores throughout Olean, Buffalo, Rochester and into Pennsylvania. The initial run will feature 330 cases of the Allegheny IPA and 165 cases of the Polynomial Pale Ale. Green Street IPA will tentatively be next up for canning. 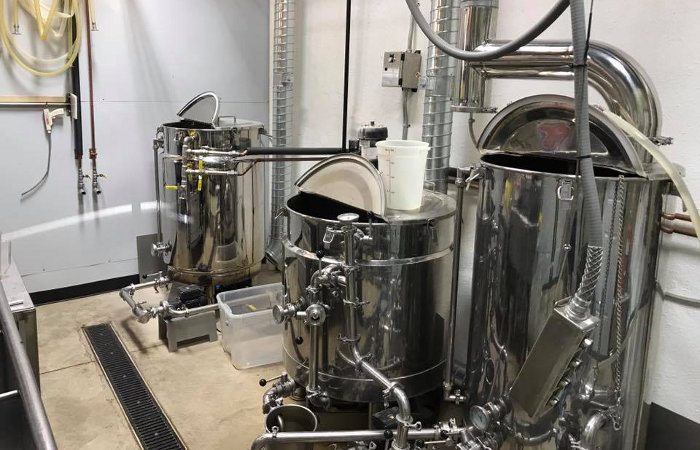 After being open every day during Buffalo Beer Week, Buffalo Brewing Company will now go dark for the next two weeks as they expand and upgrade their brewhouse to a brand new 5 BBL complete system. According to Buffalo Brewing Company owner John Domres, the brewery should be open again in a few weeks with more beer and more taps. “We hope to have the revamped tasting room and brewery back open on October 19. The tasting room will have 12 lines featuring lots of new additions to our current lineup. I don’t think people will be disappointed,” Domres says.

Our food is only part of the story. At Fresh Catch Poke Co. you’ll find that all of our packaging and tableware…
.
Change Location
To find awesome listings near you!