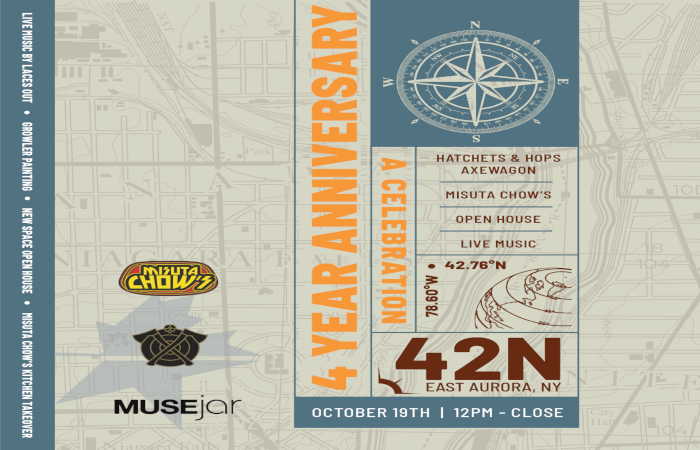 42 North are turning four and are celebrating their first 1,460 days with a big party on October 19 (12pm). The anniversary beer menu will feature a new 42 Below Barrel-Aged Release ‘Lost’ (a mixed-culture Brett beer), vintage reserve offerings and a special anniversary IPA. The first 50 fans through the door will receive a free flight. There will also be a kitchen takeover and pop-up arcade from Misuta Chow’s, axe throwing with Hatchets & Hops’ Axewagon and a growler painting class from MUSEjar. Live music from Laces Out (8pm) and chalk artist Erika Thurkins will also be on hand. 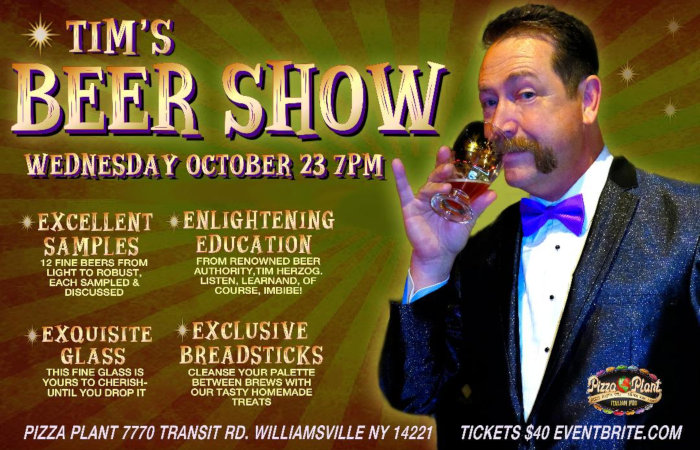 Pizza Plant Transit’s Annual Beer Tasting, hosted by Flying Bison’s mustachioed Beer Wizard Tim Herzog, is returning for its 31st year with a new name – Tim’s Beer Show – on October 23 (7pm). The event features Herzog hosting a unique journey through beer, from light to dark to extreme as you sample, discuss and learn about beer along the way. Tickets are $40 and include a logo goblet to keep, Pizza Plant breadsticks to soak up all that beer – 12 4oz. samples of world-class craft beers, broken up into three groups, each light to strong. Tickets are available at Eventbrite. 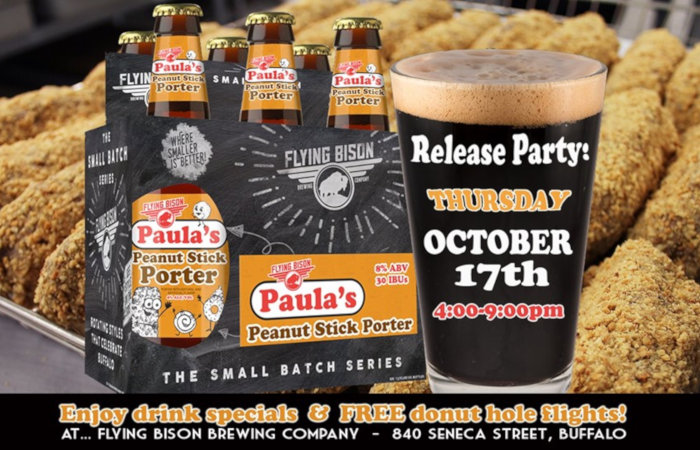 In advance of Paula’s Donuts opening a new shop in Larkinville next year, Flying Bison are getting a headstart on welcoming their neighbors by teaming up on a new beer, Paula’s Peanut Stick Porter, which will be released October 17 (4pm). Brewed with a variety of dark malts, peanut & vanilla, Paula’s Peanut Stick Porter is an 8.0% dark ale that will have you craving breakfast all day long. Flying Bison will be giving out FREE flights of Paula’s donut holes to pair with your glass of porter (while supplies last). The beer will be available in bottles next weekend. 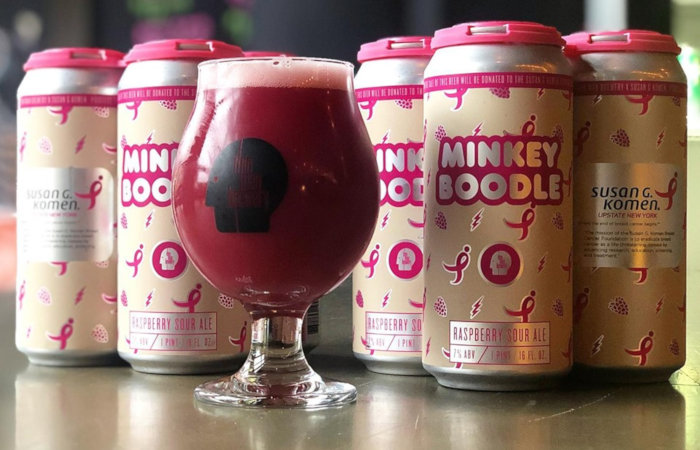 You can help aid in the fight against breast cancer all this month just by drinking a can or pint of Thin Man’s Minkey Boodle Raspberry Sour. The brewery has announced that in honor of National Breast Cancer Month, they are donating a portion of proceeds from all sales on Minkey Boodle in October to the Susan G. Komen for the Cure. “We believe breast cancer is UNACCEPTABLE,” the brewery says. “Help us with this mission by enjoying our beloved raspberry sour ale and drink for a cause!” Find Minkey on draft and in cans wherever great beer is sold.