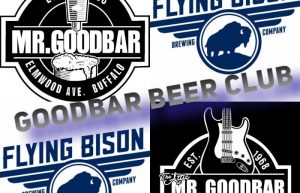 After a very successful run with Thin Man Brewery last month, Mr. Goodbar is welcoming in Flying Bison Brewing for their January edition of Goodbar Beer Club. Join the livestream on Instagram or Facebook on January 13 (8pm) as Goodbar welcomes Flying Bison Head Brewer Colin Herzog, who will lead viewers through a curated tasting session. 6-packs of FBBC beer are $25 (Buffalo Kolsch 716, Paula’s Red Velvet Ale, Spot Coffee Stout, 716 IPA, Juice Caboose IPA, Herc Barelywine), and can be picked up Wednesday and Thursday (4-7pm) and Friday and Saturday (12pm-8pm) (by appointment). Email colin@flyingbisonbrewing.com to reserve yours. 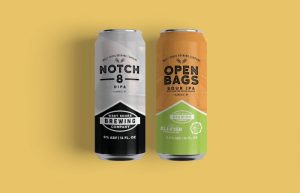 Stock up on new beer for the Bills game at West Shore Brewing on January 9. They are opening early if you want to hangout outside, socially distanced, while getting amped for the game! West Shore is releasing Notch 8 Double IPA, an 8% New England-style Double IPA with lactose, combining Mosaic, Engima, Galaxy, Idaho Gem and Chinook hops, and Open Bags Sour IPA (a collaboration with Lilly Belle Meads and Eli Fish Brewing), a sour that tastes like dry hopped Sunny D. that was blended with lime and blood orange. Both beers will be available in 16oz. 4-pack cans. 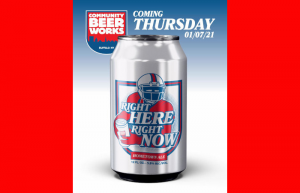 Where would you rather be than Right Here Right Now, at Community Beer Works? That’s the name of the new beer CBW is releasing on January 7. Right Here Right Now is a lightly hopped hometown ale that is crisp, quick, and clean. This easy-drinking beer is perfect for gametime. Limited edition 12oz six-packs will be available at brewery on Thursday and select stores after. Pre-order at communitybeerworks.com. Fill a case with six-packs of Right Here Right Now or Let’s Go Pils and receive a free mini flag from Oxford Pennant. 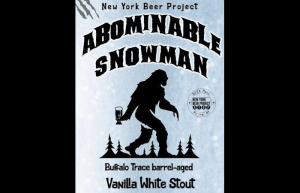 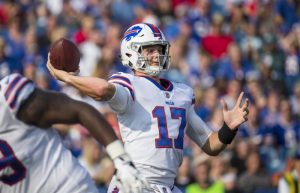