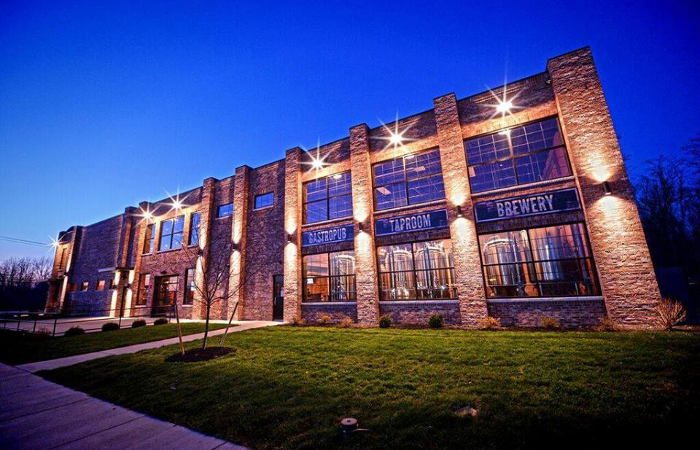 New York Beer Project Celebrates One Year Since Beer One

While it may be hard to believe, it has been a year since New York Beer Project served their first freshly brewed beer (and have served 55 different beers since) and now it is time to celebrate. And celebrate they will, on Thursday, January 19, with three epic beer tapings. Starting at 11am with the release of their new NYBP Anniversary Plum Sour, New York Beer Project will engage in merry revelry with the release of THEE Barleywine that has been aged 9 months in Jim Beam barrels, which will be tapped at 5pm and then at 7pm, it’s time to break out their 2016 Vintage RIS (Russian Imperial Stout), brewed in conjunction with their grand opening. There will also be Beer Trivia at 7pm.

42 North Brewing wants to keep you warm this winter season and will do their part with the release of their 2017 Red Army Russian Imperial Stout. The 9.5% ABV beer, which boasts notes of coffee, chocolate, caramel and dark fruits, will be available in the 42N taproom on Tuesday, January 10. If you can’t make it up to East Aurora (who knows what Mother Nature has in store), 42N has planned for that as approximately 10 WNY establishments will carry the 2017 Red Army through Try-it Distributing as early as Jan. 13th. Additionally, 22oz bottles of Red Army 2017 will be available on Saturday, February 4th at 42 North (limit 2 per customer).

KegWorks has announced that they will close their retail operations at 1460 Military Road in an effort to focus on their online store at KegWorks.com. Calling the news ‘disappointing,’ KegWorks says they are “extremely excited about the future of KegWorks and the new offerings” they have coming in the future, including their recently launched Draft Services division. Furthermore, any purchases made at the brick-and-mortar will be recognized by their Customer Care team and all gift cards can be redeemed at KegWorks.com. KegWorks’ Dave Rivers adds that there is the potential to possibly open a new store in the future.

Blackbird Cider Works are combating the snowfall and dropping temperatures by breaking out the heavy stuff. On Jan. 15 (2-3pm), Blackbird Cider Works will release their 2017 New England Style Cider, a New England Style strong cider (10% ABV) double fermented in French Oak Barrels with brown sugar, raisins, and locally produced honey, at their Barker, NY taproom. The event will feature tours led by founder Scott Donovan as well as guided flights with Donovan featuring 3 additional BlackBird limited edition ciders. Attendees will also receive a 6 oz. BlackBird branded sampling glass. Don’t be late, however, because only 375 750ml bottles will be available for sale that day for $14.95.