Buffalo Beer Buzz: Here’s How You Can Give a Pint to The Front Lines 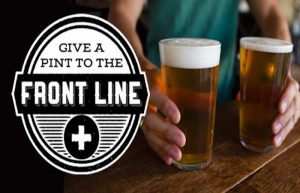 Give a Pint to The Front Line Through Minuteman Press

Minuteman Press has launched a new initiative, Give A Pint To The Front Line, where you can buy a round for essential healthcare workers. With your donation, Minuteman Press will purchase gift cards from participating breweries and deliver them to local hospitals to distribute to front line workers. The gift cards can be used currently on to-go orders or down the road when the taprooms reopen. Participating breweries include Big Ditch, 12 Gates, Resurgence, New York Beer Project, 42 North, Hamburg Brewing, Community Beer Works and Five and 20 with more being added. Make a donation and buy a pint here. 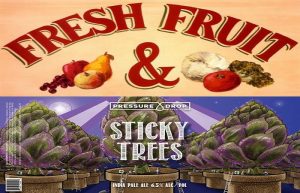 After an online fan vote that was too close to call, Pressure Drop Brewing has made the decision to release two fruited variants of their beloved Sticky Trees IPA, Pineapple and Mango, on May 9 (12pm). Crowlers of each are available for pre-order at their online store. Crowlers are $10 each with no purchase limit. Once you pre-order, you can pick up your crowlers 12pm-5pm on May 9 on their loading dock, located behind the Barrel Factory at 65 Vandalia Street. In addition, you can purchase any of Pressure Drop’s other beers when you pick your order up. 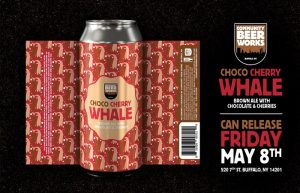 The releases can’t stop and won’t stop at Community Beer Works, who are releasing Choco-Cherry Whale this week on May 8 (3pm). This variant is a special iteration of The Whale Brown Ale that features the addition of pure cacao with sweet and tart cherries to bring out dessert like qualities in this rich and decadent ale. Visit their  website to place your order. Preorders will go live at 8pm on May 7. 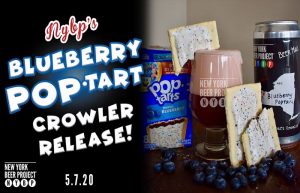 New York Beer Project will release Blueberry Pop Tart Golden Ale, which features fruit-forward aromas, juicy blueberry taste and beautiful blue color, on May 7 (11am). Sweet full bodied dessert ale brewed with Maris Otter, Golden Promise and Lactose aged for a week on 294 lbs. of blueberry puree. Punch of blueberry fruit up front followed by slight graininess, finishing with a touch of lactose sweetness and the slightest sense of hop bitterness at the end. The beer, which they are calling one of the most anticipated new releases of the decade, will be available in both crowlers and growlers. 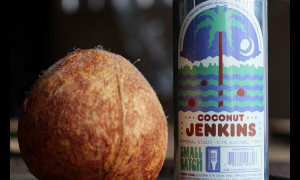 First it was Awesome, then it was Peanut Butter and now it’s Coconut – Thin Man’s Coconut Jenkins Imperial Stout is now available for order and delivery. Awesome Jenkins has now been hit with a ton of toasted coconut for flavors and aromas of chocolate, nuts, dark caramel, honey and plumes of coconut with a bittersweet finish and rich mouthfeel. Reminiscent of coconut macaroons and Samoas. Coconut Jenkins is available now for order and delivery online. Now offering free delivery on orders over $50.​