After years of planning and a lot of waiting, Hofbrauhaus Buffalo, an authentic German beer hall with an open air beer garden, has opened their doors. Right now, they are offering three beers – Lager, Dunkel and Hefeweizen, as well as food options such as Nurnberger Pork Sausage, Grilled Chicken Bratwurst, Vienna Style Frankfurters, and Grilled Sausage Loaf (Leberkasemmel). They are currently open at 4pm weekdays and 12pm on weekends, and will be open until 10pm nightly. They will have live music in the beer garden nightly and during the afternoon on weekends. 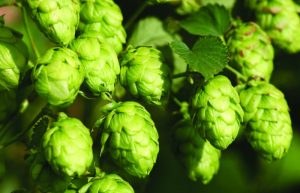 After the success of Sour Beer Week, Resurgence Brewing is launching IPA Week at their Niagara Street location, September 30 – October 4. The brewery will have all IPA’s on tap, including Buffalo Proud, Quarantine Heartthrob (Passionfruit and pineapple), Head in the Clouds, Circle the Wagons, Tiny Juice Monsters, Conehead, Over the Hop (More strawberry, vanilla and graham cracker), Watermelon IPA, Dude, Your Camera’s Still On! (Peach and Sweet Cherry), Styrian Cardinal Dry Hopped IPA and casks of Blueberry IPA Cask (Thursday), Painkiller IPA (Pineapple and coconut)(Friday), Raideraide IPA (Circle the Wagons conditioned on Guava and Mango) (Saturday). Cans will be available as well.

Set to be released October 3 (12pm) at the Buffalo Cider Hall, Ghost Lantern is a semi-sweet apple cider brewed with autumn spices and gentle notes of warming ghost pepper in the finish. It’s balanced and easy drinking. The cider will be released on draft and in cans to-go. Middle Sister Sandwiches will be on hand serving Bahn Mi sandwiches for the release as well. 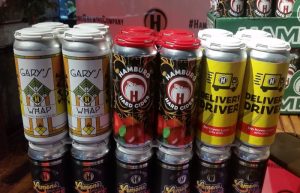 Hamburg Brewing have released three new canned offerings – Gary’s WHAP – Wet Hopped American Pale Ale, a fresh hopped ale brewed with whole cone Cascade hops from East Prairie Hop Farm in Collins, NY, Delivery Driver, a Citra dry-hopped lager, and Hamburg Hard Cider. Gary’s WHAP is light and crushable at 4.5%, Delivery Driver is different from most lagers with big pops of citrus, and the cider is a traditional cider that’s crisp and clean with an apple bite. All three are for sale at the brewery in 16oz. 4-pack cans.

After months of being dark due to the pandemic, Pizza Plant’s Canalside location is set to reopen on October 6. According to tentative plans, they will be open Tuesday through Sunday with 50 percent inside seating with additional outdoor seating, depending on the weather. Thanks to their Bar Pod concept (custom bar dividers), there will be full seating at the bar. They will also have a new menu.