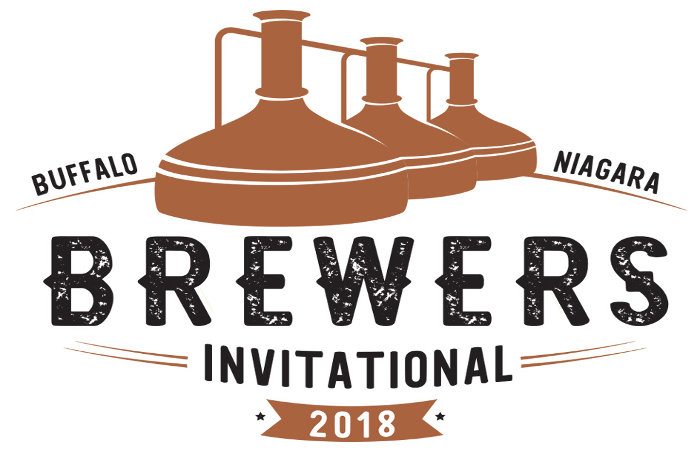 Tickets to the second ever Buffalo Niagara Brewers Invitational are selling quickly (with just about half remaining at last check). The intimate event, which takes place February 17 at New York Beer Project (3-7pm GA, 2-7pm for Buffalo Beer League members), features one-off specialty beers brewed specifically for this event. A finalized beer list will be available soon. Tickets are available at Eventbrite.com ($45) and will also be available at NYBP day of. Guests will receive a commemorative glass, $5 voucher (good for any beer themed plates on NYBP menu) and access to over 50 beers. Only 400 tickets available. 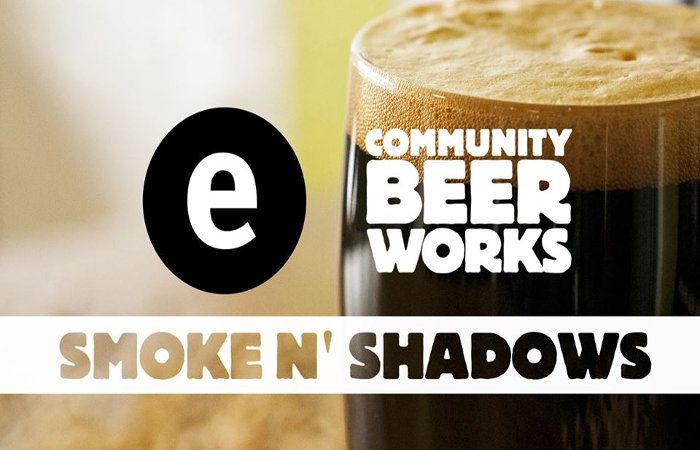 Community Beer Works have cast their net further up to I-90 to Syracuse, this time partnering with Empire Brewing Company on Smoke N’ Shadows, a 6.2% smoked porter. Smoke N’ Shadows is brewed with a blend of Munich and Vienna malts which were hand-smoked over a period of three days at the Empire Farm Brewery. Using cherry wood and Empire’s on-site smoker, these smoked malts were blended with the specialty malts of the brew to give this porter a subtle hint of smoke flavor. Look for Smoke N’ Shadows on tap at CBW on February 9 (3pm). Crowler/growlers fills welcome.

West Shore Brewing is hosting a good ol’ fashioned beer drinking party come February 9 (7pm), with live music from AJ ‘Applejack’ Tetzlaff and a full slate of West Shore brews, including Citra IPA, Ferry Run Session IPA, Turncoat Ale, Groundskeeper Scotch Ale, Oatmeal Stout, and their first ever sour beer, a kettle soured Berliner Weisse. The brewery will also be filming a new promotional video, so make sure you’re camera ready. And if you are, you’ll receive $2 off your first pint at 7pm! The brewery opens at 4pm, so make sure you grab a spot at the bar. 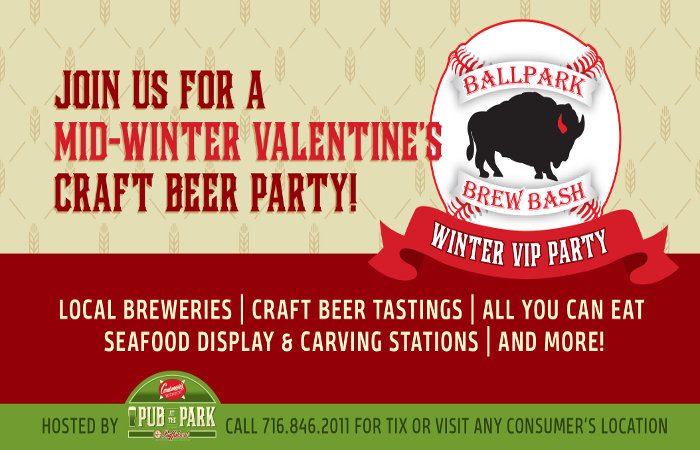 Head down to Consumer’s Pub at the Park on February 10 (4-7pm) for the Ballpark Brewbash Winter VIP Party, which will feature the best food and drink Buffalo can offer. The event will feature beer from 42 North Brewing, Flying Bison, Big Ditch, Pearl Street, 12 Gates Brewing, Resurgence Brewing and cider from BlackBird Cider Works, as well as exclusive offerings from Community Beer Works, Founders Brewing and more. There will also be an all-you-can-eat seafood display, steak carving station and more. Tickets are $50 (150 available) and can be purchased at any Consumer’s Beverage location or by phone (716-846-2011).