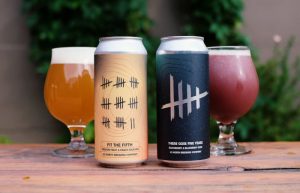 To commemorate this milestone, 42 North is releasing a series of barrel aged and sour beers under the theme “Five With Friends.” The first was bourbon barrel-aged Ben Nevis Scotch Ale, then, on October 17, two sour beers will be released: “There Goes Five Years,” a blackberry and blueberry gose, and “Fit the Fifth,” a peach and passion fruit sour IPA brewed with cashew milk from Elmhurst 1925. Then, on October 24, 42 North will release a series of barrel-aged Baltic Porters aged in rum and wine barrels. Also on October 17, Leroy Townes Band will perform, which will be livestreamed at 42N’s Facebook. 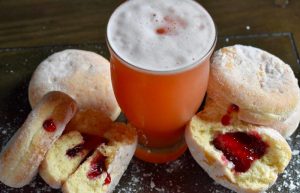 Breweries Giving Back to Charity During October

A number of local breweries are using their beer and the month of October to give back. First Line is giving a percentage of sales this month to Veterans One-stop Center of WNY, New York Beer Project is donating $1 from every pint sold of Walter’s Jelly Donut to The American Cancer Society, and Big Ditch ($1 from every pint of Cinnamon Apple Amber, Fall Black), Britesmith ($1 from Oktoberfest pints, $2 from Oktoberfest crowlers), Ellicottville Brewing, Hamburg ($1 from Oktoberfest pints, 6-packs and growlers), NYBP ($1 from Grasshopper Pie Porter) and Flying Bison (100% of cash purchases of cask beer on Fridays) are all donating a portion of proceeds to Oishei Children’s Hospital. 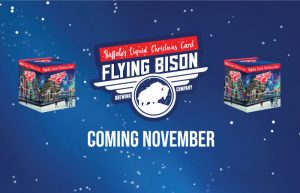 Flying Bison Wants to Send You a Liquid Christmas Card

Even though it’s not even Halloween, Flying Bison are already in the Christmas spirit with the announcement of their new Liquid Christmas Card Variety Pack, which features 3 16oz. cans each of Paula’s Red Velvet Ale (8% ABV), Spot Coffee Stout (8% ABV), Hazy Holiday! IPA (6.8% ABV), and Spiced Christmas Ale (7.2% ABV). These 12 packs are expected to go on sale at the brewery in early November and wherever great beer is sold thereafter. 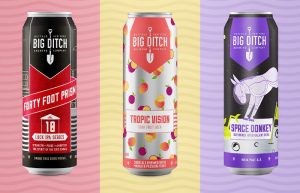 Big Ditch is making sure your beer fridges remain stocked with not one, not two, but three can releases on October 16 (11am). Set to drop are Tropic Vision Fruited Sour, featuring mango and passion fruit aromas and flavors and brewed with oats, Galaxy hops, and lactose ($19.99 / 4-pack), Lock IPA #10: 40 Foot Prism ($14.99 / 4-pack), a hazy and creamy IPA brewed with wheat, oats, handpicked Mosaic hops, and blended with El Dorado and Belma hops, and the second batch of Space Donkey (Hayburner with Galaxy hops). All are available for presale at 8pm on October 15. 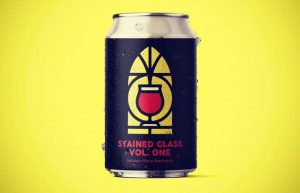 Lewiston’s Brickyard Brewing has a big release planned for October 17 (11am) as they will release their Stained Glass Vol. One, the barrel aged variant of Stained Glass No. 1 Belgan Quadruple. This version was aged in a blend of bourbon and rum barrels, some for exactly 12 months, some as long as 18 months. Draft will be available soon at Brickyard Pub & BBQ and 12oz. cans will be available this weekend.