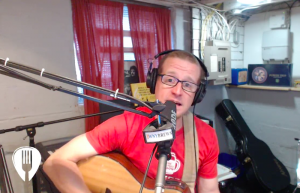 Cloverbank Elementary music teacher Scott Panfil, like every teacher nationwide out of the classroom because of the coronavirus pandemic, is doing his part to support local with his weekly Songs and Takeout Concert Series. Every Tuesday night (7pm) on Facebook Live, Panfil eats takeout food from one local restaurant and drinks beer from a local brewery, while encouraging viewers to do the same. In the coming weeks Panfil will feature The Garage and Blackbird Cider Works, then Raphael’s in Hamburg and Lilly Belle Meads, Wanakah Grill, and Steelbound Brewery & Distillery. You can watch Songs and Takeout here. 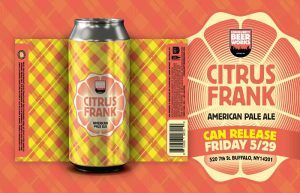 Not only are Community Beer Works supplying us all with another summer crusher in the form of Citrus Frank, they are going to reward us for it as well. Citrus Frank, which will be released on May 29 (3pm), is their traditional Frank Pale Ale dosed with fresh grapefruit and dry-hopped with Lemondrop and Citra. Fresh cans of regular Frank will also be released. CBW has also launched a new beer buying rewards program. After signing up online, you’ll earn one point for every dollar you spend. Each point is then redeemable for a $0.10 value off of your bill. 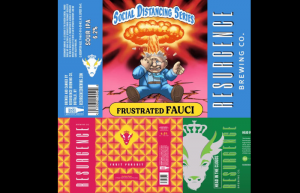 The train keeps rolling down at Resurgence this weekend with a triple can release, Frustrated Fauci Sour IPA, Fruit Pursuit Fruited Sour and Head in the Clouds Double IPA, which will be released on May 30. Frustrated Fauci, a throwback to the Garbage Pail Kids, features tangerine and guava and dry hop additions of Citra, Mosaic, Palisade and Amarillo, while Fruit Pursuit is a combination of sweet and sour with tangerine, papaya, banana, passion fruit and guava. It has also been a few months, but Resurgence has once again canned Head in the Clouds. Beers can be pre-orders via HopMule. 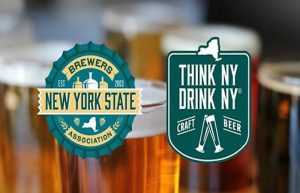 New York State breweries fall under Phase 3 of Governor Andrew Cuomo’s NY Forward Reopening Plan (some breweries will be able to reopen mid-June), and when it does come time for them to reopen their taprooms to the public, your opinion matters. It’s easy to have your voice heard – all you have to do is take a brief survey from the New York State Brewers Association. The 20 question survey takes a few minutes and seeks to gather info like drinking habits, frequency of your brewery visits, your thoughts on returning to taprooms and how you’ve been navigating the shutdown.