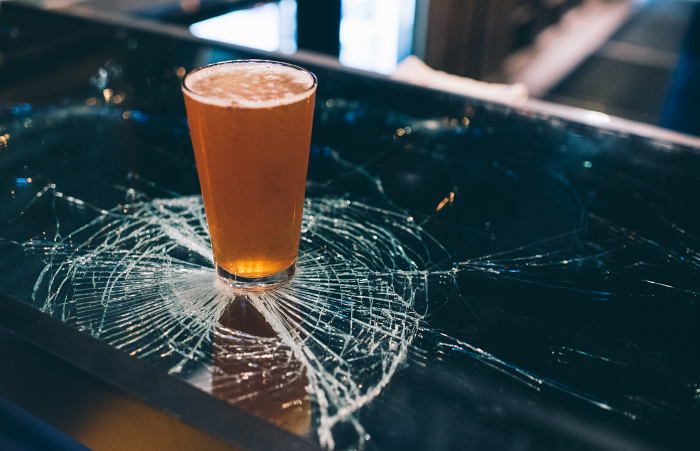 With their eyes on an early 2017 opening date, Riverworks Brewing will premiere two new beers at their Brew Year’s Eve celebration on New Year’s Eve at Buffalo Riverworks. While they plan to eventually have five year-round beers on tap, Riverworks will ring in the New Year with exclusive samplings of a new cream ale and New England IPA. The cream ale uses corn in addition to barley to keep the flavor light, while the New England IPA is an unfiltered IPA that utilizes a blend of Nugget, Simcoe, Citra, Amarillo, and Mosaic hops. The Brew Year’s Eve event takes place at Buffalo Riverworks on Dec. 31 at 7pm. More info and tickets here.


Four Mile Brewing Is Getting Bigger

Four Mile Brewing is getting bigger and better down in Olean, NY thanks to a number of ongoing renovation projects. After completing renovations to the second floor of their headquarters in November, which included the construction of a new space that can host private parties, large groups and gatherings, the brewery now boasts a private bar (which was once part of the bar in Four Mile’s tap room) complete with plenty of seating, several TVs, a projector and screen. Four Mile has also expanded its beer production with the purchase of three new 30-barrel beer fermenters. The first two were delivered earlier this year and the third is scheduled to arrive soon.

42 North Rolling Out New Beers In Time For Christmas

ABV, or Allen Burger Venture, is the place to be before and after the sold out Christmas shows of Buffalo’s favorite sons, Every Time I Die, Dec. 22-24. Not only will ABV be tapping both of ETID’s exclusive collaboration with Barrier Brewing, Hot Damn! IPA and New Black IPA, Barrier’s collab with Thin Man Brewery, It Tastes Better Than the Truth, will also be available. Also, a number of Barrier beers, including Smackdab IPL, Rebrandt Porter, Kapow! IPA, Evil Giant, Greenroom Pale Ale, Imposter Pilsner and Cycle Saison, will be on tap. The fun gets underway Thursday, Dec. 22 at 4pm.