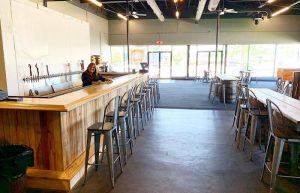 Nickel City Brewz, a new bottle shop / beer bar hybrid in Depew, is now open for business. They are located at 5175 Broadway #1. While their space isn’t fully complete (it should be soon), you can still stop in and grab a pint or a flight from one of 40 taps. If you can’t stay for a pour, they have plenty of beer to-go as they offer curbside pickup as well, Wednesday – Sunday, 3-7pm. You can place your order here. They are also currently accepting carry-out crowler orders online and by phone at 716-391-1010. For more information, click here. 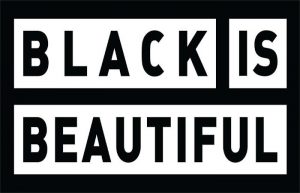 One-Eyed Cat Brewing has joined the Black Is Beautiful beer movement, a charitable initiative from Weathered Souls Brewing. They made a stout recipe and called on the brewing industry to collaborate in unison for equality and inclusion amongst people of color. OECB will be working with Black Love Resists in The Rust, a homegrown activist group that seeks change in the way that black and brown people are marginalized and abused, and PUSH-Buffalo, who seek to bring affordable housing and economic equality to Persons of Color. Any donation to either in the amount of $15 or more, will net you a 4-pack of 12oz. bottles of Black is Beautiful stout (available July 11). More Buffalo breweries will be taking part, so stay tuned for more details. 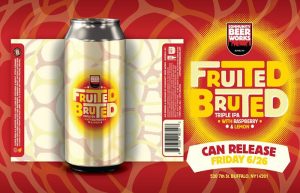 It seems as nothing can slow the release train at Community Beer Works, as over the past few weeks we’ve seen grapefruit radlers, fruited pilsners, a shandy and more released into the wild, the latest now being Fruited Bruted Triple IPA with Raspberry + Lemon. No, don’t adjust your monitors, you are reading that right – a big, clean 12% TIPA featuring a bright citrus-forward dry-hop with fresh lemon zest and raspberry, warming fruity alcohol with a touch of acidity and a bone dry finish. Cans of Fruited Bruted will be available in 16oz. 4-packs for $16.99 on June 26. 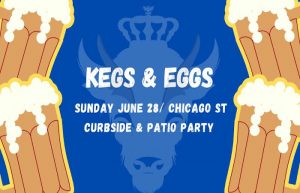 For the upcoming return of their Kegs & Eggs Series, on June 28 (10am), Resurgence Brewing will be doing curbside food and beer packages for you to enjoy at home and will be making mixed 6-packs of the experimental beers: 3 IPAs and 3 sours. The mix packs, which you can preorder now on HopMule, include, 3x sours: Pina Colada Berry Twist (Coconut, Pineapple, Vanilla & Blackberry), Ward Rainbow Shandy (cherry, raspberry, guava, pineapple, rainbow cereal marshmallows, vanilla), and Blueberry Lemonade Shandy, and 3x IPAs, Strawberry Shake IPA, DDH Surge with Cashmere and Surgeberry IPA (Blackberry, Strawberry, Raspberry). Order now!