Buffalo Beer Buzz: Next Round of Paula’s Donuts-Inspired Beer Drops This week 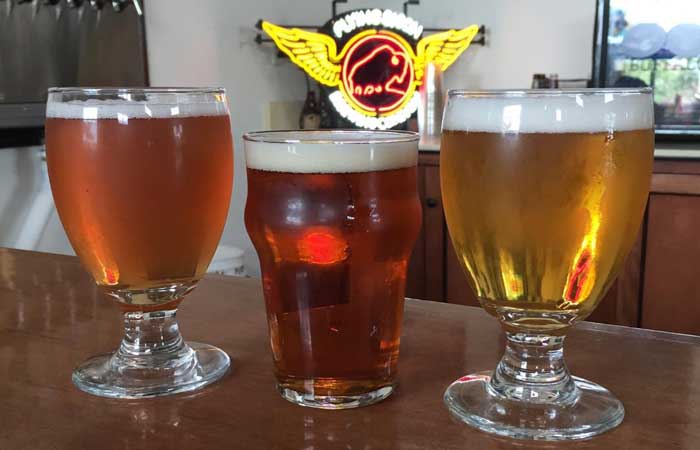 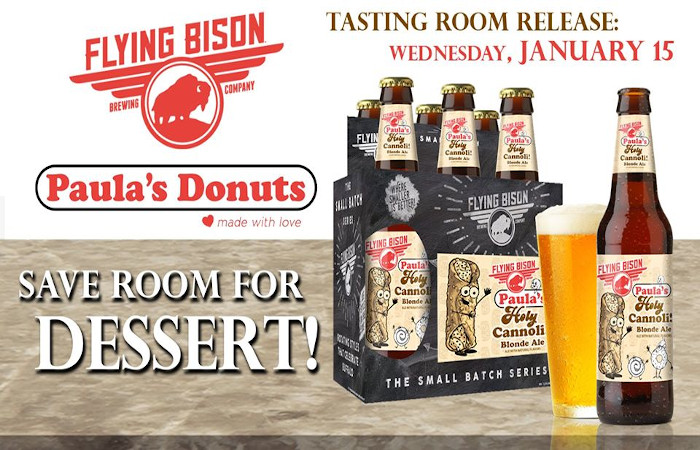 Next Round of Paula’s Donuts-Inspired Beer Drops This week

Following the success of Paula’s Peanut Stick Porter ( one of our Top 10 Beers of 2019), the marriage of beer and donuts from local institutions Flying Bison Brewing and Paula’s Donuts will continue with the release of Holy Cannoli, an 8% Pastry Blonde Ale with vanilla, cinnamon, nutmeg, milk sugar, and cacao nibs, on January 15 (4pm). The beer is modeled after Paula’s ultra-popular specialty Cannoli Donut. Holy Cannoli will initially be available in bottles only at the brewery (available for on premise consumption) and wherever great beer is sold. It will be on draft soon as a second batch will hit taps in the next few weeks. 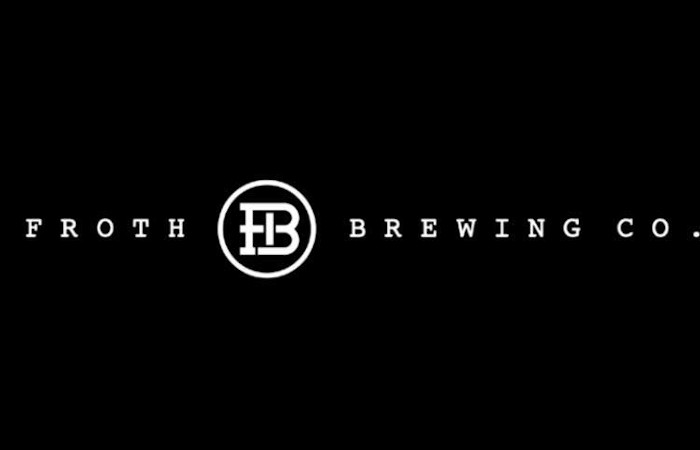 As unbelievable as it might be, Froth Brewing is set to celebrate their first anniversary on January 18 (6pm). There will be food, drink specials, live music by The Rig, a five-piece classic rock band playing everything from the Rolling Stones to Pink Floyd, Eric Clapton to Stevie Ray and Van Morrison to The Clash, and a special First Anniversary Beer release, a Hazy Triple IPA brewed with Nelson, Vic’s Secret and Wai-iti hops. Stop out to the brewery this weekend and raise a pint of the latest Liquid Lollipop or a hazy IPA and toast to Froth’s continued success. 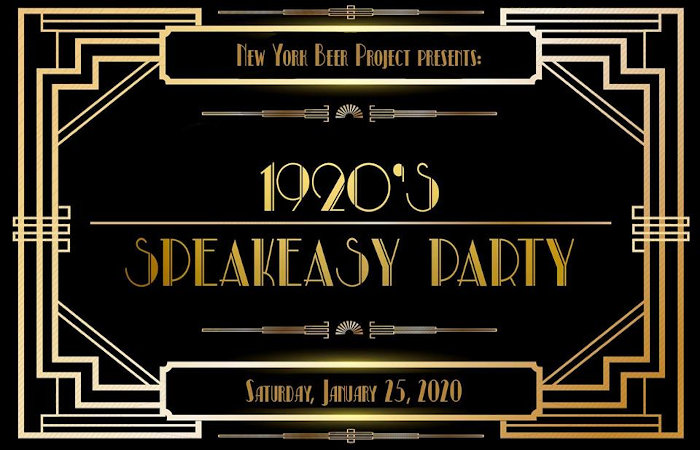 In honor of the new decade, New York Beer Project is throwing a 1920’s Speakeasy Party on January 25 (8pm), a night complete with dancing, cocktails, live music from The Uptown Groove and a pair of specialty beer releases – Prohibition Cream Ale and Whiskey Sour Ale. The former features spicy, herbal aromas with light flowery and citrus lime notes, while the latter is a kettle sour based on the Whiskey Sour cocktail, brewed with lemon peel, lemongrass, lactose and aged on whiskey soaked American oak spirals. You’ll need the password to attend, check out their event page to stay tuned. 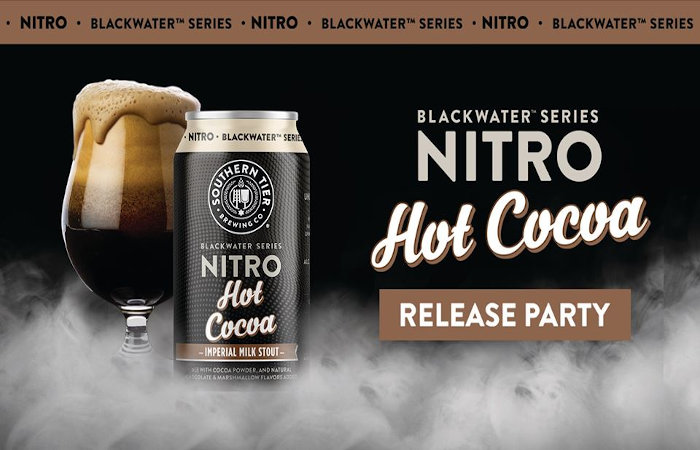 Southern Tier Brewing will release their Nitro Hot Cocoa Stout, an Imperial Stout on Nitro with cocoa powder, chocolate and marshmallows, in cans and on draft, on January 17 at the Empty Pint in Lakewood (4pm). Each can releases nitro into the stouts, creating cascading foam and delicious, creamy flavor. January also marks 10 years since the Empty Pint opened, so celebrate with $5 drafts, DJ XciteSound and games on January 24 (4pm). Southern Tier will present a donation to The Resource Center, who employs individuals with disabilities to maximize their independence, and founder, Phin DeMink will be guest bartending.