First Line Brewing has announced plans to officially open their taproom, located at 4906 S. Buffalo Street in Orchard Park, in August. They have received their final license from the state and plan to announce their official opening date in the next few weeks. First Line Brewing is a small batch brewery crafting high quality specialty brews that honor America’s Heroes. “Our small scale production allows us to be creative and to bend the rules with experimental recipes that drive our constant tap rotation,” the brewery says. Once they open, First Line Brewing will become Western New York’s 40th brewery.

Following in the footsteps of Belt Line, Resurgence, Big Ditch, 12 Gates, West Shore and more, Community Beer Works has teamed up with the Coalition for Rapid Consumption on the next installment of the Lawn Ornament Series, House Party Citrus Sour. It will be released July 17 (3pm). This effervescent kettle sour is “inspired by fruit.” With five of your favorite citrus flavors blended together, this beer is bursting with orange, tangerine, lime, lemon, and grapefruit with a delightfully tart balance. House Party runs $14.99 per 4-pack 16oz. cans. Grab one for the patio, or grab some to-go. Consume responsibly! 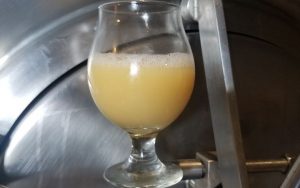 Clarence’s West Shore Brewing will release their latest hazy creation, Forgotten Crossing, on July 17 (4pm). Forgotten Crossing is a 6.5% soft, hazy IPA that’s bursting with Galaxy, Azacca, Chinook, and Amarillo hops for notes of tropical, fruity, and slightly dank with candied papaya notes. It will be available on draft and in crowlers to-go. West Shore also has their latest Eli Fish Brewing collaboration, Millhouse Likes Lisa NEIPA, on tap for those looking for more haze. The brewery also has a few sours on tap – Pineapple Oat and Spiked Down. Stay tuned to West Shore’s webstore for pre-ordering details. 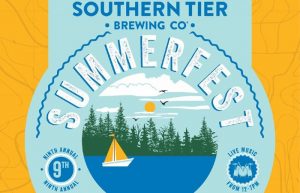 Southern Tier’s ninth annual Summerfest, a celebration of all things summer, happens at the Empty Pint on July 18 (12pm). The event will feature over 20 draft selections, outdoor BBQ and live music featuring A Strange Kind of Sunshine (12-3pm) and Qwister (4-7pm). One of those beers on tap will be STBC’s newest Shake Shop release, Orange Creamsicle Milkshake IPA. Brewed with fruity, tropical hops, then conditioned and finished with orange and vanilla for bursting aromas, a creamy mouthfeel and rich notes of citrus and blood orange. This is a free admission event. Social distancing guidelines will be in effect.