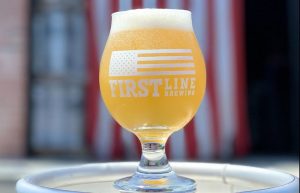 First Line Brewing, located at 4906 S. Buffalo St. in Orchard Park, will hold their official grand opening on August 22 (12-10pm) and August 23 (12-9pm). Seating is first come, first serve due to current COVID-19 regulations and masks are required for entry. They will offer limited bar seating and inside and outside tables as well. They will also have food. They are announcing their launch beers on their Facebook each day leading up to their grand opening and have announced Sergeant Hops New England IPA and Alpha Bravo Citrus IPA thus far. Stay tuned for more details. 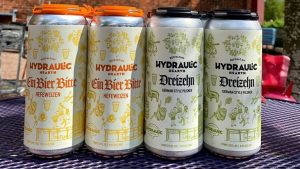 Hydraulic Hearth, a restaurant featuring brick oven pizzas, craft cocktails, and an in-house brewery operated by Community Beer Works in Larkin, has released their first-ever canned beer, Dreizehn Pilsner and Ein Bier Bitte Hefeweizen. Dreizehn, German for “thirteen,” is a German-style pilsner with a sweet malty body and a smooth finish, and Ein Bier Bitte, German for “a beer please,” is one of only a few, if any, packaged hefeweizens in Western New York. 16oz. 4-packs are $12.99 and are available at Hydraulic Hearth. 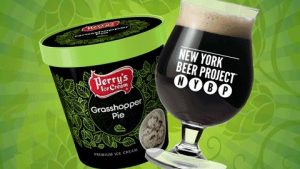 Over the next few weeks, the taps at New York Beer Project are going to be busy with the releases of FANdemonium Dry-Hopped Pilsner on August 21 (5pm) and Grasshopper Pie Porter on August 26 (5pm). FANdemonium, a crushable and easy-drinking pils, is a love letter to Western New York sports teams, the fans that cheer those teams on, and the beer that fuels them. Grasshopper Pie Porter, the latest NYBP’s x Perry’s Ice Cream mash-up, is brewed with chocolate malt and fresh mint leaves, and flavored with brownie and Madagascar vanilla. Both beers will be available in-house and to-go. 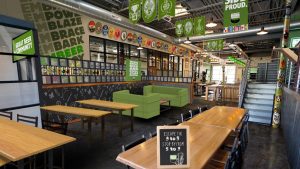 Community Beer Works have announced plans to temporarily close their taproom for renovations and improvements in an effort to offer “a responsible, socially distant, and comfortable indoor experience.” They also plan to revamp their service model and give the taproom a makeover with help from Art & Creative Director Rob Neiler (Genesee Brew House, Schlafly Brewing). CBW’s taproom and beer patio will close starting September 7. 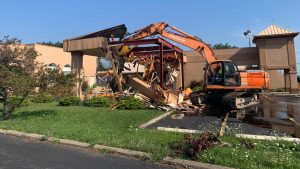 Construction is underway at Big Ditch’s new $47 million, 105,000 square foot facility at 6700 Transit Road. Big Ditch President Matt Kahn said that while the shutdown caused a few delays in approvals and construction, they didn’t lose much time. After securing town approval, crews have begun the process of the demolition of the old Clarion Hotel, which will be the site of the new brewery and taproom.