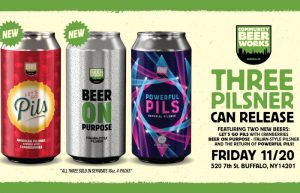 CBW is releasing not one, not two, but three pilsners on November 20 (3pm) at The Shops @ CBW. Not only are they re-releasing their Gun Hill collaboration, Powerful Pils, a 9% imperial pilsner, they are dropping a new fruited version of their house pils, Let’s Go Pils with Cranberries, a dry, crisp American light lager brewed with fresh cranberries, and Beer on Purpose Italian Style Pilsner, an Italian-style pilsner featuring a light, crackery malt base. All sold in separate 4-packs. Pre-order at here. 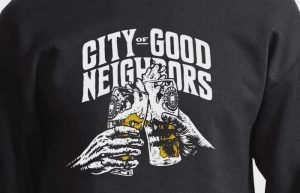 This holiday season, Southern Tier Brewing is celebrating the spirit of Western New York with its new City of Neighbors campaign, which finds itself teaming with 26 Shirts on new apparel to benefit the United Way and their COVID-19 efforts. Through the end of the year, purchase a shirt through 26 Shirts to raise funds to purchase PPE. Participate at here; make a donation to the United Way and / or purchase limited-edition “City of Good Neighbors” apparel from 26 Shirts ($8 from each sale goes to the United Way). You can also enter to win a free shirt. 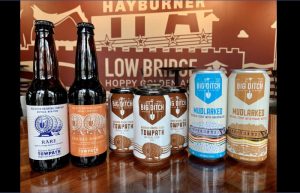 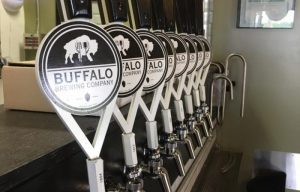 Get Buffalo Brewing Beer Delivered to Your Door

Buffalo Brewing has announced that they are now delivering beer to homes within 25 miles of the brewery. Visit their online store and place an order of $20 or more to receive free delivery. They are offering most of their beer in cans, including their newest, Explorer #4: Lemon and Tangerine Gose. If you’d like to check if you’re eligible, the brewery is located at 314 Myrtle Avenue in Buffalo. 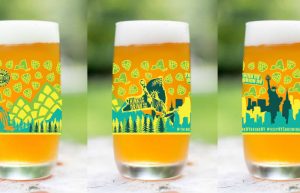