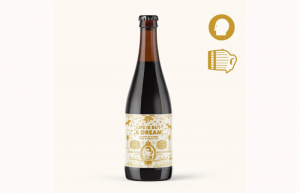 Thin Man is pulling out all the stops for the holidays with a pair of fun beer releases. First up is a collaboration with Buffalo Barrel Project, Life is But a Dream, a blend of five beers – 40% Awesome Jenkins Imperial Stout (Willett rye barrels), 20% Awesome Jenkins (maple syrup barrels), 20% Awesome Jenkins (apple brandy barrels), 10% Spelunkenheimer Adambier (Willett bourbon barrels), and 10% Bones In Traction Barleywine. Thin Man is also releasing their second collaboration with Other Half Brewing, Spaghetti Parm Space Station, a 7.7% IPA brewed right here in Buffalo, with Nectaron and Citra hops. Order both on the Oznr app. 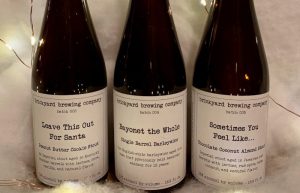 To make room for their new brewhouse, Brickyard Brewing emptied a number of barrels, which means more barrel aged beer for all of us. First up, bottles of Leave This Out For Santa Peanut Butter Cookie Stout (aged in Kentucky Bourbon barrels with lactose, vanilla, and cocoa), Bayonet the Whole Single Barrel Barleywine (aged in an American whiskey cask) and Sometimes You Feel Like… Chocolate Coconut Almond Stout (aged in Jamaican Rum barrels with lactose, cocoa, coconut, and rum spice) will be released soon. Stay tuned for details.

Resurgence Brewing’s Social Distancing Series continues with the release of Micro Cluster Busters on December 18 (12pm). This Buffalo-style IPA, brewed with brewed with Vic Secret, German Amarillo, and Columbus Cryo hops, is bursting at the seams with bright tropical hops. You can order yours here. 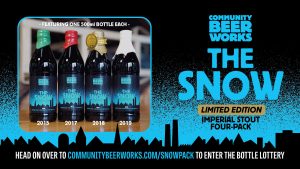 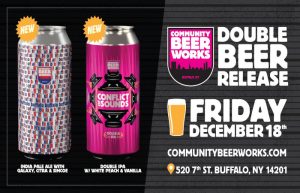 Next up in SATO’s weekly December crowler releases is Wagashi: Blackberry/Blueberry Pie Sour, a fruited pastry sour brewed with blackberry, blueberry, and graham crackers, and supported by a tangy acidity, on December 17 (4pm) at SATO Elmwood. If you’re wondering, Wagashi are traditional Japanese confections made from mochi, red bean paste, or fruits.