Buffalo Beer Buzz: This Family Reunion Will feature The entire Lineup of Pumkings 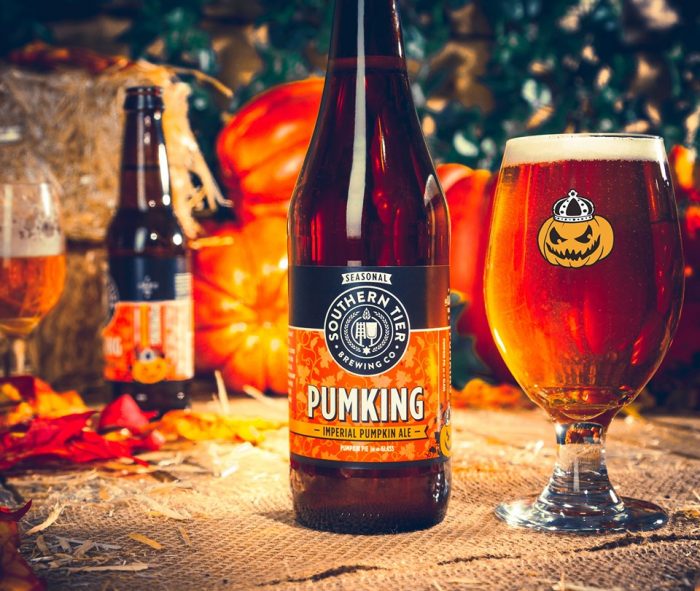 Southern Tier Getting the Family Together for Pumking Family Reunion

Even though it seems that fall themed beers arrive earlier and earlier each year, Southern Tier Brewing are getting the family together on August 27 (4pm) for a Pumking Family Reunion, a full day of big beer featuring the entire lineup of Southern Tier’s beloved pumpkin themed beers. All of the brewery’s Pumking varieties will be available on tap at the Empty Pint in Lakewood, including Pumking Imperial Pumpkin Ale, Warlock Imperial Pumpkin Stout, Cold Press Coffee Pumking, Rum Barrel Aged Pumking and the debut of a new surprise variant. The Pumking family will be available for flights and sampling. 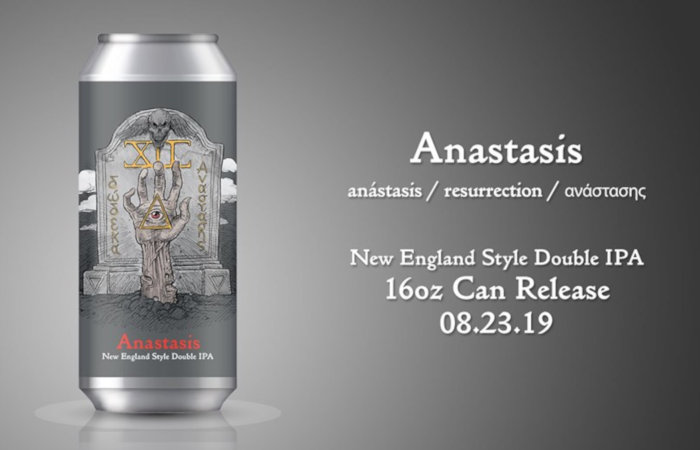 Newly minted Head Brewer Matt Gordon is kicking off his 12 Gates tenure with a bang, an 8% Double New England IPA named Anastasis, which will be released August 23 (12pm), shortly after it was canned to ensure freshness. “I knew I wanted my first project to be a DIPA with some big flavors and aromas that would be a dangerously unnoticeable 8% ABV drinker,” Gordon says of Anastasis. Expect huge tropical notes with some melon, tangerine, citrus and a hint of strawberry. Live music from Joe Squared (8pm). Anastasis is a limited release available only in 12 Gates’ taproom. 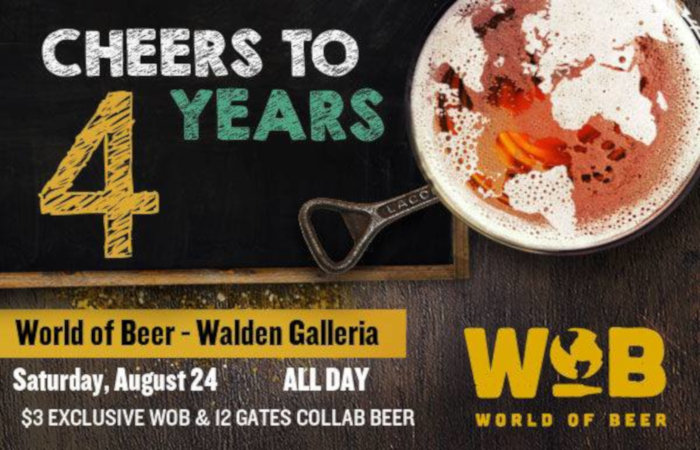 In honor of World of Beer’s fourth anniversary on August 24, the Walden Galleria-based gastropub have enlisted the help of 12 Gates Brewing for a special anniversary beer, 12 Gates / World of Beer Berry Blast, a light and tart fruited Berliner Weisse brewed with blueberry, blackberry, and raspberry puree that clocks in at 5% ABV. WOB are celebrating their anniversary all month, as the beer is on tap right now. The anniversary party (11am) will feature $3 pints of Berry Blast all day long, as well as prize giveaways and cake. For more information on the event, visit the facebook event. 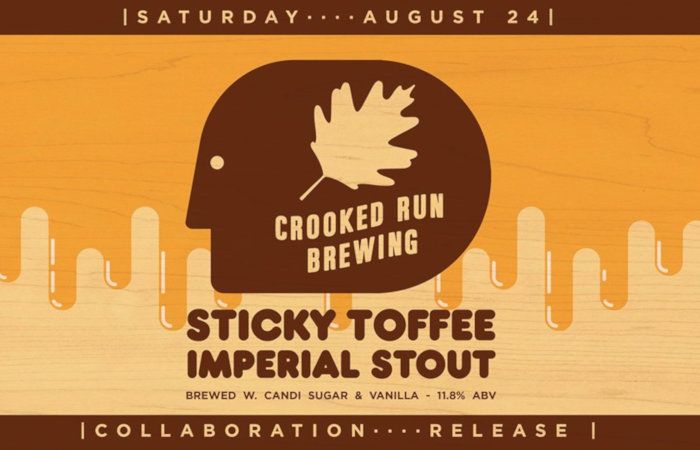 For their latest collaborative brew, Thin Man Brewery headed south to team with Leesburg, Virginia’s favorite sons, Crooked Run Brewing, the result of which is Sticky Toffee Imperial Stout with Candi Sugar and Vanilla, which will hit taps August 24 (12pm) at both Elmwood and Chandler locations. Look for notes of vanilla, dark sugar and dates with maple sweetness and a rich mouthfeel. As it warms, caramel comes forward with smooth alcohol warmth. Thin Man is also dropping a new hazy brew, Darling Vicci, a New England IPA brewed with Vic Secret hops for notes of pineapple, orange and passionfruit.