After transforming a portion of their banquet hall into a brewhouse, which features a 1bbl system with six fermenters, Butera’s Craft Beer & Craft Pizzas is adding the Village Brew House. Owner Jimmy Butera, along with brewers Craig Lucas and Jayson Schultz, will debut their new venture on September 12. Plans call for Village Brew House to occupy 6-8 taps, beginning with an American Light Lager. They are working with Koester Hops Farm in North Collins on a double dry-hopped Wet Hop Ale, named Kirsch IPA, and a fresh-fruited peach hefeweizen and raspberry porter are also reportedly in the works. 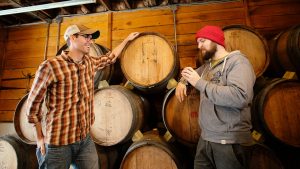 42 North Brewing to Open “Outposts” in Ellicottville and Buffalo

It won’t be long before you can score 42 North’s 42 Below barrel-aged concoctions in both Ellicottville and Downtown Buffalo as the brewery has announced plans to open “The Outpost – EVL” and “The Outpost – BUF,” alongside Ellicottville Coffee Company and Buffalo Distilling Company, respectively. The Outpost – EVL opens September 11 (3pm) at Ellicottville Coffee Company and the Outpost – BUF, located inside Buffalo Distilling Company, will open later this month. You will be able to purchase beers from 42 Below Barrel House and from other regional breweries. 42 North will also host sampling events and special beer releases at both locations. 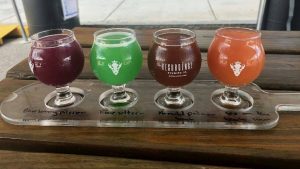 Community Beer Works is adding a new spin to their flagship Frank Pale Ale with the release of Dry-Hopped Rio Red Grapefruit Radler (16oz. 4pks. $14.99) on September 11 (3pm). This version of Frank adds a dose of fresh Rio Red Grapefruit (described as sweet and addicting) and a heaping of dry-hopped Lemondrop and Citra hops to the mellow malt base of this crisp American Pale Ale. In addition, CBW is releasing a fresh batch of cans of Frank for the occasion. Preorder begins at 8pm on Thursday, September 10. Order ahead of time for curbside pickup or home delivery.

Change Location
To find awesome listings near you!