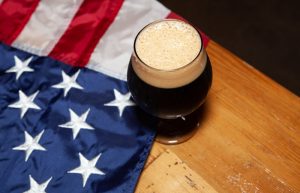 12 Gates and First Line Team Up for Veterans Day Collab

12 Gates Brewing and First Line Brewing have joined forces on their first ever collaboration, Shook’s Bitch’n Stout with Blueberry and Chocolate Timbits. The beer will be released for Veterans Day at both taprooms. $1 of each pint goes to benefit charity. At First Line, all veterans will receive their first beer on the house, and a portion of all sales will to go to Veterans One-Stop Center. Also, at 12 Gates, veterans get their first beer free (excludes new release) and 20% off all beer and merchandise. 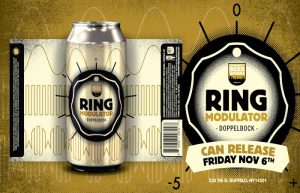 CBW will release Ring Modulator Doppelbock on November 6 (3pm). The beer is brewed with German malts and hops to produce a rich, warming beer, full of bready, toffee, and caramel notes with a touch of sweetness. Available in 16oz. 4-packs for $16.99. Preorder online here. The beer will be available at the recently launched The Shops @ CBW, a new retail experience featuring CBW favorites, in addition to limited edition beer, beer specials, CBW merch, food, and more from local partners like BlackBird Cider Works and Tipico Coffee. 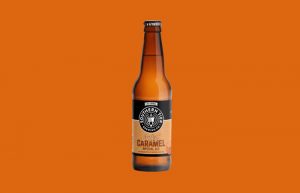 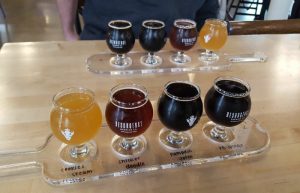 No, that’s not a typo. You can win free beer for a year from Resurgence Brewing and free pizza from Macy’s Place Pizzeria, and all you have to do is donate to a good cause, helping the boys and girls of the West Seneca Wings (Squirt Minor Gold) hockey team. The prize is a monthly $35 gift card to Macy’s and a free case of beer monthly from Resurgence. Click here (through December 7) and donate to enter.
Resurgence is also holding a fundraiser for the Penn Dixie Fossil Park & Nature Reserve, featuring dinner for 2 with a mixed 4-pack of RBC beer for $50. Preorders available through November 8. Pickup is November 12 at Resurgence. More details here. 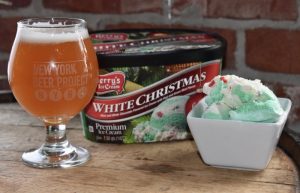 In honor of their fifth anniversary, NYBP is releasing Gameday 1119, their Belgian Wit aged in tequila barrels, on November 5 (5pm), and will welcome back White Christmas Belgian Blonde, a popular Perry’s Ice Cream collaboration, on November 6 (11am). $1 from every pint goes to Oishei Children’s Hospital. A reminder, November 19 is “NYBP Day” in Lockport.