Beer, Drink, Things to Do

Oktoberfest Season is in Full Swing & It’s Time to Celebrate! Here’s Where…

Oktoberfest season in upon us and plenty of places are getting in on the action. Gordon Biersch is tapping their Fest Bier on September 13 at 6pm (2 for $10 beers, all proceeds benefit ALS Association). Flying Bison hosts their annual Oktoberfest on Sept. 16 (12pm, $10 admission for 16oz stein and drink ticket), as will Resurgence Brewing (12pm, $10 stein, includes first fill, $1 off after that). New York Beer Project hosts NYC Oktoberfest on Sept. 17 at 4pm & German Oktoberfest Sept. 24 at 4pm (Red IPA brewed with German cherries and PROST! German Lager on tap). Prost!

Woodcock Brothers Brewing were such big fans of their XPA 10 that they tweaked the recipe for their new year-round IPA, and are releasing it in 16oz. 4-pack cans on Sept. 16 at noon. Brewed with Simcoe and Chinook hops, Woodcock IPA is vibrantly hoppy and features citrusy, fruity, and herbal aromas and flavors. The release will be initially brewery only, with distribution to craft beer stores, Consumer’s Beverages, Wegmans, and Tops to come soon after. No purchase limits, $10.99 per 4-pack. There will be live music 12pm-3pm and a special conditioned cask version of the Woodcock IPA will be available.  Find more info on the facebook event. 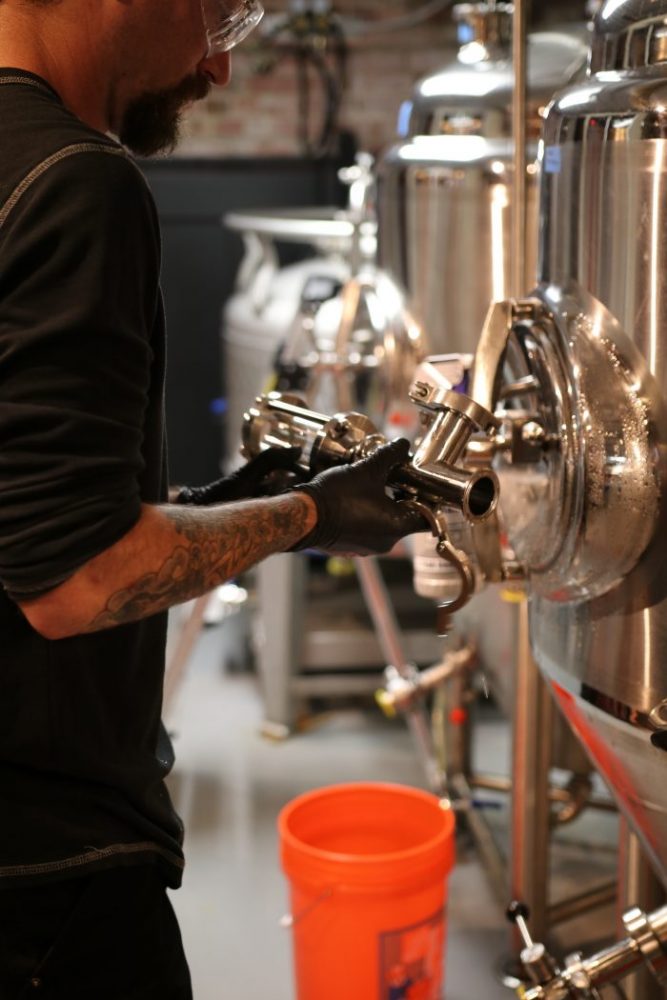 SATO Brewpub is now open (110 Pearl Street) with a unique selection of Japanese-influenced Belgian beers on tap. Head Brewer Drew Hardin, formerly of Community Beer Works, and brew team Jonathan Huber and Joshua Supry, have crafted a beer menu that includes Say Wit You Will Witbier (5.1%), an unfiltered Belgian wit with coriander and orange peel (Quat Life?, a kumquat version, is coming soon), Urban Samurai White IPA (6.4%), Rabbit in the Moon Belgian Specialty Ale (4.8%) and Aggretsuko Stout (5.3%), a Belgian Stout. CBW Yuz Not That IPA is currently on guest tap and flights are available. Check out Step Out Buffalo’s recent post on the opening for more info.

Trocaire has become the latest college to add a brewing program as its brand new Brewing, Distilling, and Fermentation Science program officially launches this fall. The new program will be led by Brian Barrows, who has worked for California’s 21st Amendment Brewery and Bear Republic Brewing Company. Courses will run at Trocaire’s Williamsville location on Transit Road. A certificate of completion will be awarded to students who successfully complete all courses. The first two of five courses launch Sept. 20, with additional beer-centric classes and events following in October. For more details and to register for classes, visit trocaire.edu/brewing.