Feel Good News,Things to Do / Know

Bills Fans Are Putting Up A Billboard In The Best Location 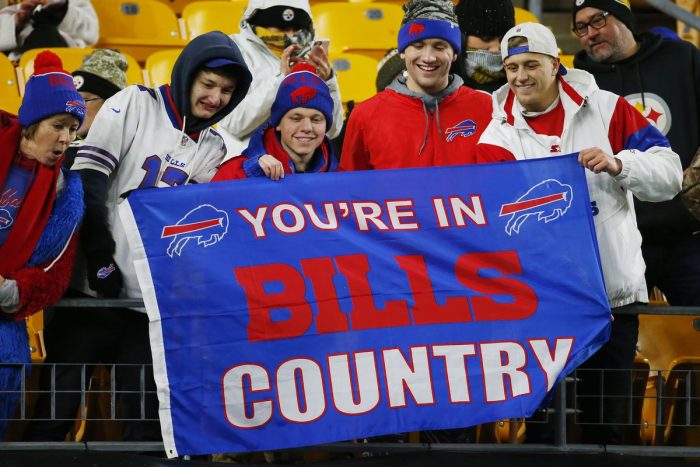 Following Bills Mafia’s win as the “Best Fan Base in the NFL” on a FOX Sports poll, the sports network decided to give Bills fans a billboard to show off their accomplishment. It’s no surprise to Buffalonians that Bills fans won the prestigious title; anyone who has ever stepped foot into Bills Stadium knows the energy our fans bring to each and every game. But here’s the catch, it wasn’t going to be put up in Western New York.  Instead, FOX Sports decided to have a little fun and let Bills fans pick which of their AFC rival cities they’d like to see the billboard.

#BillsMafia has done it!!

Congrats to the @BuffaloBills for winning our FOX Sports Ultimate Fan Bracket and being crowned the best fan base in the NFL! 🏆 pic.twitter.com/M6JU1vsfkJ

Yep, the Bills Mafia was able to choose which city their new badge of honor would be hung and you can only imagine what that means.

Let’s just say Patriots fans are going to LOVEEE the new addition to their city. Ha.

Checkout the full article at wgrz.com.