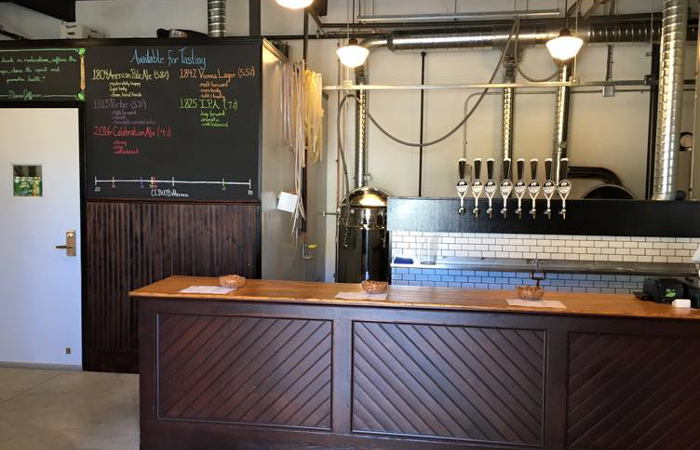 While ‘peak IPA’ may have come and gone, the highly-hoppy beer still dominates craft brew offerings at most bars.
If you’re looking for a remedy to this drinking problem, then look no further than Buffalo Brewing Company, the city’s newest brewery to officially set up shop.
Located on the edge of Larkinville, Buffalo Brewing Company separates itself from the pack, locally and beyond, by basing most of its beers on high-quality, imported malts from the places like the United Kingdom, Czech Republic, and Germany.
On a recent tasting visit, co-owner John Domres Jr. told me his brewing philosophy is, “right ingredients, right technique.”
Rather than focus on hops, as some breweries do, Domres invests heavily in the malts he buys. These malts are made from high quality barley that impart flavor missing in barleys grown for their high yield and ease of production.

“You don’t want to build your mansion on sand you want to build it on bedrock,” Domres told me.
The difference in the end product is massive and immediate. These are premium beers that drink and smell more like more like dry wine, whiskey, or cognac. They’re floral, earthy and complex. Each sniff or taste can reveal something different, and they often do.
Buffalo Brewing Company’s 1842 Vienna Lager is its flagship brew and it doesn’t try to wow you with a gimmicky flavor or the perfectly potent blend of hops. No, this is a very drinkable dark amber beer that expertly juggles nutty, crisp, smooth, and satisfying. It can easily function as a “session beer” for a Friday night or a Sunday morning tailgating at The Cap. 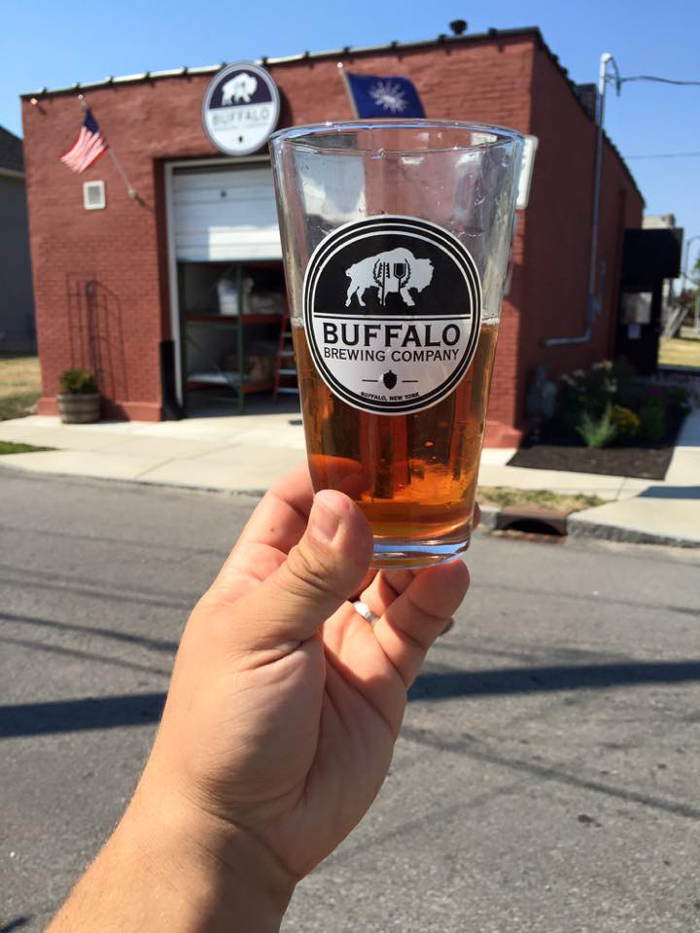 While it’s only a seasonal right now, the 1784 Strong Ale was by far my favorite beer I tasted. Highly floral and very complex, its most dominant flavor was that of a freshly baked sweet roll, yeasty and delicious.
I was happy to see that the brewery also has a porter, a style dark beer that seems to have gotten lost in these hop-heavy times. The 1813 Porter has a deeply-satisfying soy sauce-like umami draped over a medium body. Another solid beer on a roster chock full of them.
The brewery does have an IPA, but its version – the 1825 I.P.A. – is very balanced, not overly hoppy and darker than most. Its buttery aroma is a pleasant surprise that makes you wonder if the thing is truly, technically an IPA.

Domres said he’s currently focused on getting his beers into city bars and restaurants, telling me he’s “going to hit the road and sell some beer” in the coming weeks.
You can try all of the brewery’s beer in its small tight tasting space, but to be honest, there isn’t much in the way of hospitality, beside the friendly personality of Mr. Domres himself. Part gift shop, part historical display, the tasting room is simply a place to stop in, sample some beers, and fill up a growler or two.
If you’re thinking a Buffalo Brewing Company brew pub is on its way, don’t hold your breath. Domres, whose wife is almost nine months pregnant, said he has no interest in opening a restaurant any time soon.
For more info on Buffalo Brewing Company head to buffalo-brewing-company.com or follow them on Facebook or Twitter.