8 Buildings with Incredible Architecture You Should Visit 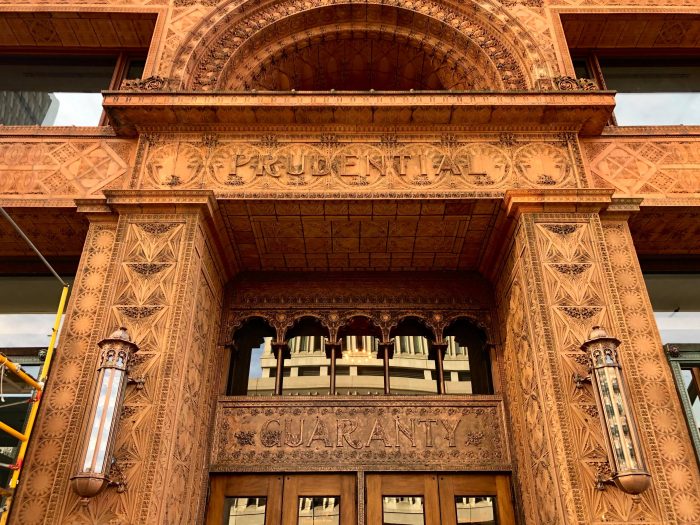 There are a handful of things that lend themselves to Buffalo’s unique local character—our mastery of game-day comfort food, our home team zealotry (and all the table jumping that comes with it), our industrial past and the renaissance that’s flourished in the years since its decline, and our rich architectural history. You probably already know that Buffalo is home to a handful of gorgeous Frank Lloyd Wright designs, but there are quite a few other notable buildings from star architects in our skyline and our neighborhoods worth discovering.

Designed by Louis Sullivan, famously known as the “Father of the American Skyscraper” the Guaranty Building was on the cutting edge of early skyscraper technology as one of the first buildings of its kind when it was constructed in 1896. It’s characterized by the intricate nature-inspired ornamentation on its terra cotta facade that’s worth getting a closer look at. Preservation Buffalo Niagara offers tours most Saturdays at 11 am. 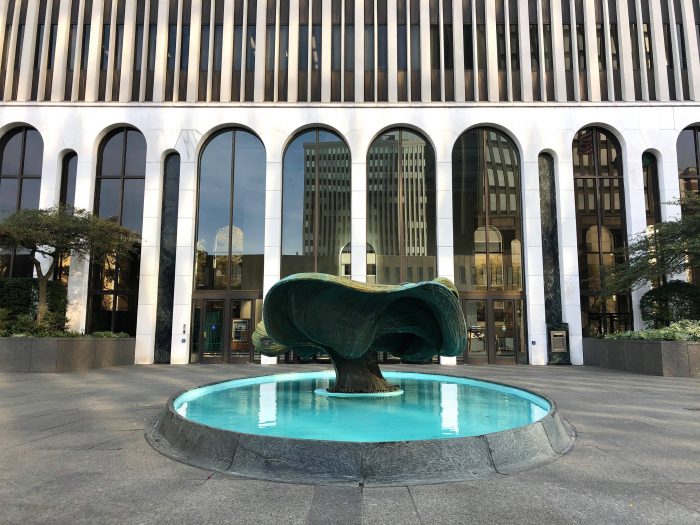 The architect behind One M&T Plaza, Minoru Yamasaki, was one of the most famous architects in the world at the time of its construction in the 1960’s, so it’s pretty incredible to have a piece of his legacy right here in the Queen City. A stellar example of International Style, many of the aspects of One M&T Plaza were incorporated into the design of the World Trade Center, one of Yamasaki’s later designs. 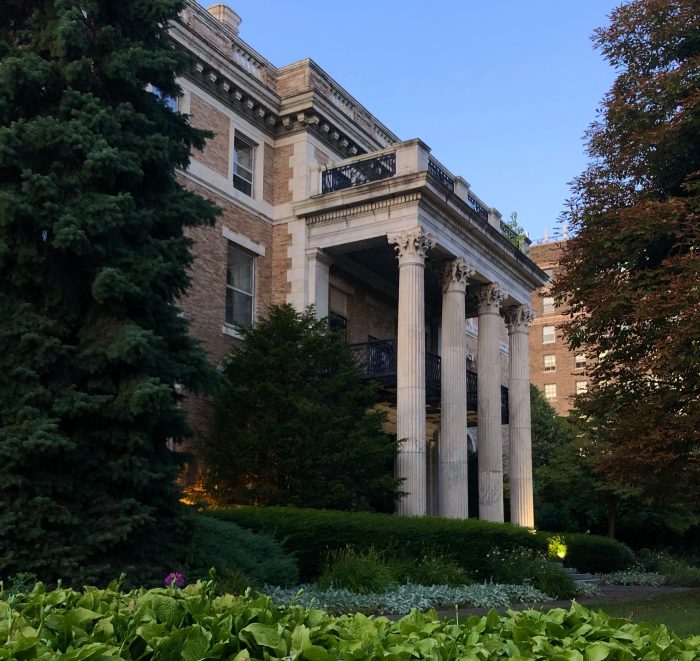 Buffalo’s Millionaire’s Row is replete with grand Gilded Age designs, but the Williams Butler House on the corner of Delaware Ave and North St. is especially notable for the prolific architecture firm behind it. McKim, Mead & White were the defining architectural minds of the late 19th and early 20th centuries. This stunning Beaux Art building, today the Jacobs Executive Development Center for the University at Buffalo, was one of Stanford White’s last before he was assassinated. 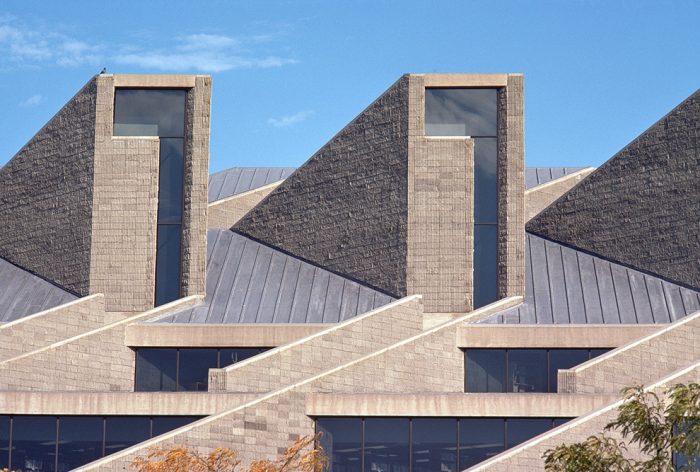 4. The Central Library for the City of Niagara Falls (Earl W. Brydges Building)

Our neighbor to the north is known for its natural wonders, but its central library was designed by Paul Rudolph, one of the most preeminent architects of the Modernist era. Made of corduroy concrete, an invention of Rudolph’s, it looks vaguely like a space fortress and is a stellar example of Brutalism, the controversial style that characterized urban renewal in major cities across America at the turn of the century. 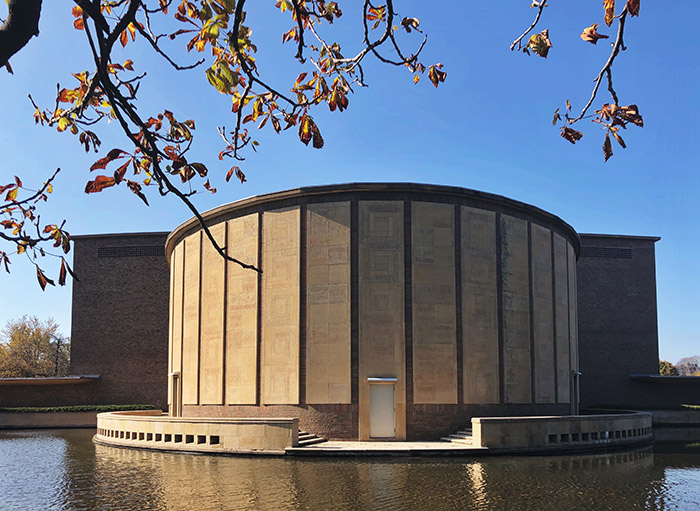 Nestled among the residential streets of Allentown on Symphony Circle, the home of the Buffalo Philharmonic Orchestra was designed in 1939 by famous Finnish father-son architecture duo Eliel and Eero Saarinen. Kleinhan’s main atrium is acoustically perfect, and its graceful curve resembles a string instrument from the outside. Nearly 30 years after its construction, Eero would go on to design one of the most iconic facets of American architecture—the Gateway Arch in St. Louis.

You probably think you’ve heard everything you need to know about the Richardson Complex and the lore surrounding the asylum-turned-luxury-hotel on its grounds, but a recent episode of 99 Percent Invisible details its origins as a vision of the Kirkbride Plan (a more humane approach to healing those suffering from mental illness). It was designed by American architect superstar Henry Hobson Richardson, and had to compete against four or five other cities all bidding to host an asylum in Western NY. Buffalo won the bid because we promised an unlimited supply of free water to the facility. Today, what was once a therapeutic home for the mentally ill is one of our citiy’s premier brunch and wedding destinations. 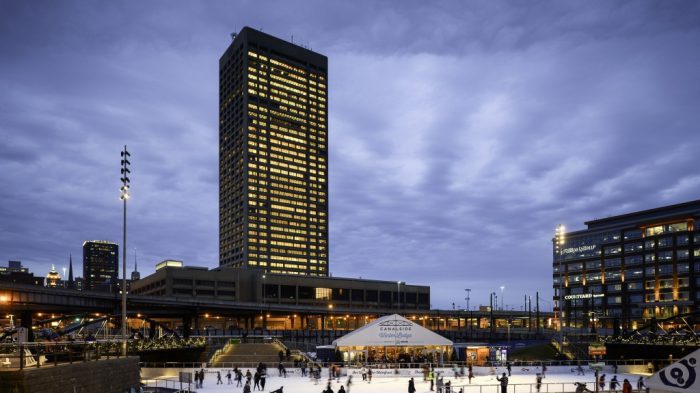 From Sullivan’s Guaranty Building to Seneca One Tower the evolution of the skyscraper is on display in our cityscape. World-renowned, New York-based firm Skidmore, Owings & Merrill is responsible for the tallest building downtown. Its stark, mid-century Brutalist design stands out in our skyline as a defining facet—a 40-story fortress of steel and concrete. 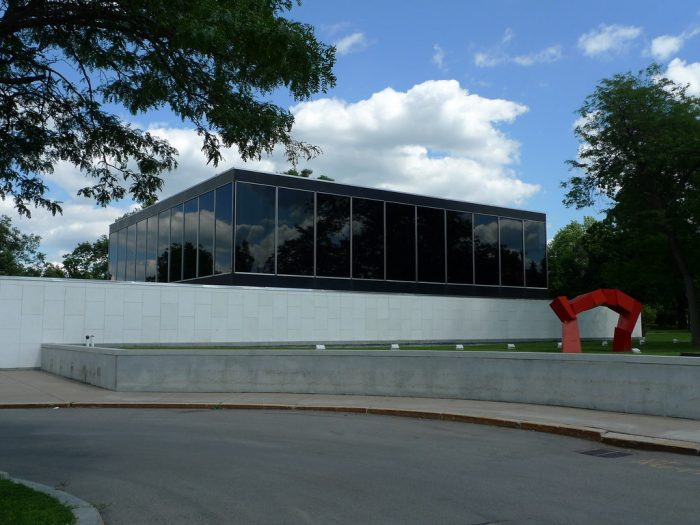 It can be easy to overlook the Albright-Knox’s 1962 addition, a sleek modernist marble and glass design that today hosts exhibition and auditorium space. It was designed by Gordon Bunshaft, one of the 20th century’s most prolific architects, to complement and subtly contrast the museum’s original building. Its elegance has withstood the test of time, and it remains a gem in Buffalo’s rich collection of architectural treasures.