Food & Drink, Things to Do 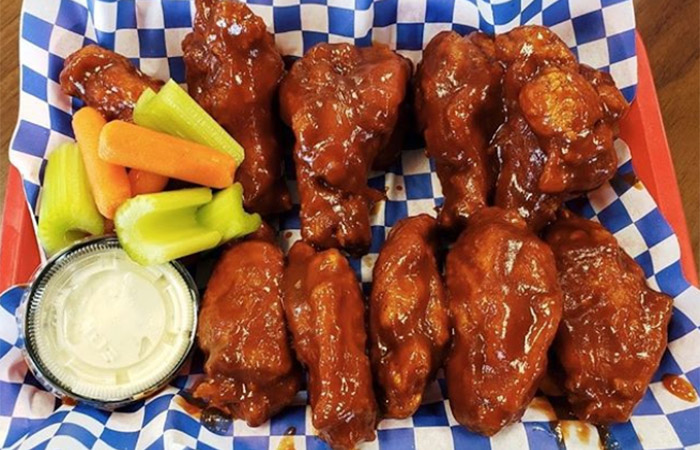 Buffalo is practically the mecca for wing lovers, and in the never-ending debate as to who has the best wings in Buffalo, we love hearing about new takes on “the best of the best”.

In a recent article, Buzzfeed named Wingnutz, located at 1530 Kenmore Ave, among Yelp’s Best Chicken Wings in the U.S. for New York State.

In this post, Buzzfeed reached out to Yelp to help them determine the most popular chicken wing spot in each state using an algorithm that ranks Yelp reviews.

Buzzfeed’s article features a review from a Yelper out of Las Vegas, David F. who says, “This is by far one of the most unique wing spots I have ever been to. A wing joint inside a Knights of Columbus? I’ve had wings all over from the east coast to the west and these are one of a kind! Best… Wings… Ever.”

This ranking and glowing review comes as no shock to us. We have a feeling Wingnutz is about to become a top destination for wing lovers from across the country.