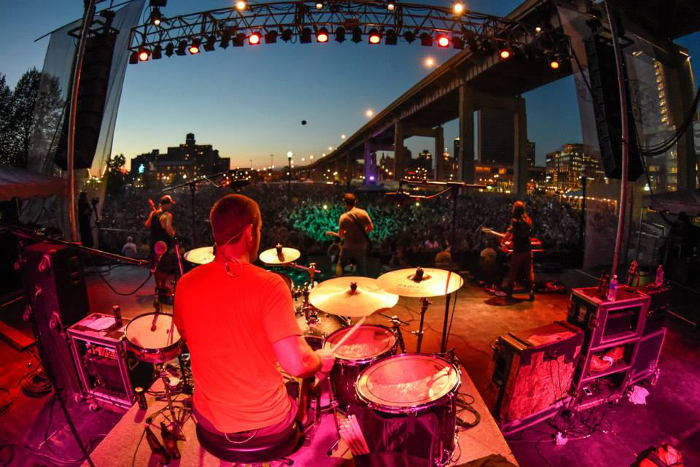 With apologies to Artpark, Bidwell Park, Rockin on the River and many others, the Thursday at Canalside concert series has turned into the most popular, if not the most divisive, summer music series in the city of Buffalo. Just take a look at the comments on Canalside’s Facebook announcement if you don’t believe us.
From June 9th – August 25th, Canalside (yes, the shows will still take place at Canalside) will feature a variety of acts both young and old (and a whole lot of beer) at the city’s ever growing waterfront, and whether you love it or hate it, the promoters do a fine job of appealing to the different musical tastes of us Buffalonians.
As with past years, all the the Thursday at Canalside shows are free of charge and kick off at 5pm. VIP tickets can be purchased for $55 here. Here is this year’s lineup.

Daptone Records “Screaming Eagle of Soul” kicks off the series with a serious jolt of retro R&B.

The English folk singer will team up with the Toronto alt-rockers for a double showcase of rising acts.

The Long Island born, politically charged rap group which made stars out of Chuck D and Flavor Flav will be the go-to show for old school hip hop fans.

The gritty country pop artist out of Michigan will be the lone representative for the mega popular genre at Canalside.

Despite the current family drama, the avant-garde musician’s son will continue to tackle to his legendary father’s music this summer.

The stomping blues-folk rocker will be joined by the New Orleans musical institution and Austin’s indie-pop buzz band for one of the series true can’t-miss nights.

Black Keys’ singer Dan Auerbach’s other band will bring a healthy dose of garage-rock down to Buffalo’s waterfront.

The Buffalo Philharmonic Orchestra will give a much deserved nod to the recently deceased Thin White Duke, paying tribute to the incomparable catalog of rock music’s finest chameleon.

The Texas EDM pair will surely turn Canalside into one of Buffalo’s biggest dance parties this summer.

Lowest of the Low – August 11th

A year rarely goes by without the long running Canadian alternative rockers making a stop to play in their adopted home of Buffalo.

The “Gangsta’s Paradise” rapper will be sure to bring Canalside on a “fantastic voyage” at the tail end of summer.