Photos from Las Puertas Facebook
The good news for restaurant openings in 2016 keeps on rollin’ in. Most recent is the news that Las Puertas will be opening on Buffalo’s West Side. The intimate 35 seat restaurant by Chef Victor Parra Gonzalez, owner of Jaguar at the Bistro in Youngstown, will serve modern Mexican food. Chef Parra Gonzalez will continue to leverage his expertise in the cuisine from his hometown of Acapulco, Mexico.
Yep, that’s right. This means no more hour-long trips (which even we have yet to find the time to take) to enjoy Chef Parra Gonzalez’s Mexican creations. Hallelujah. (We’ve heard great things about Jaguar at the Bistro.) [sc:Centerpost-1-700-150 ]
At Las Puertas Chef Parra Gonzalez will focus on local sourcing, a stiff challenge when dealing with ethnic cuisines in WNY. “Las Puertas will blaze a trail as Western New York ethnic restaurant sourcing the majority of its ingredients locally,” stated Parra Gonzalez. We will do this while remaining true to our heritage and Mexican flavors.”
Las Puertas will feature an open kitchen, allowing guests and cooks to interact, effectively turning every single cook into a host. “The days of hiding behind closed doors are certainly over, but we also care to show the craft work behind this amazing industry.” 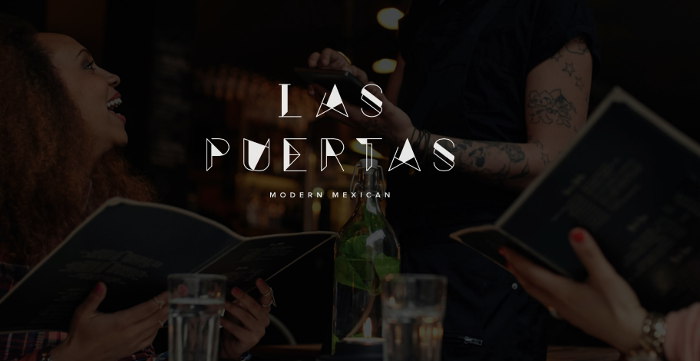 To fuel the fire behind Las Puertas, scheduled to open in spring of 2016 at 385 Rhode Island St. (construction has been underway for a few months), Parra Gonzalez has launched a crowd sourcing campaign on Indiegogo to raise $40,000 to help fun the restaurant. “We have the location, we have the menu, we have the skills, and the passion,” explains Parra Gonzalez. “We want to have the opportunity to work with local farmers and to produce high quality Mexican fare here in Buffalo. Using the traditional investor model, we feel we run the risk of loosing our creative power and the opportunity to work directly with our community.”
So Las Puertas is counting on the community that has shown such strong support for Jaguar at the Bistro in Youngstown to help make this dream a reality for all of us. Rewards include awesome opportunities to attend a taco pop-up, enjoy a tequila tasting, be a part of a pre-opening party and have a craft cocktail dedicated to you. In the first two days the campaign raised $1,635. To contribute to the campaign, visit indiegogo.com/projects/help-open-las-puertas.
As for their current success in Youngstown, Parra Gonzalez isn’t closing up shop just yet. “Jaguar at the Bistro will remain open for the remainder of our lease,” the Chef explained. “And we hope to be able to have an exciting offering in both places. Where we continue to offer a tremendous culinary adventure to both markets.”
For more info on Las Puertas, visit their Indiegogo page and follow them on Facebook and Twitter. Read more about Chef Victor Parra Gonzalez from Buffalo Spree.

For updates on the best things to eat, drink & do in WNY, sign up for our newsletter!