The Church and The Rectory 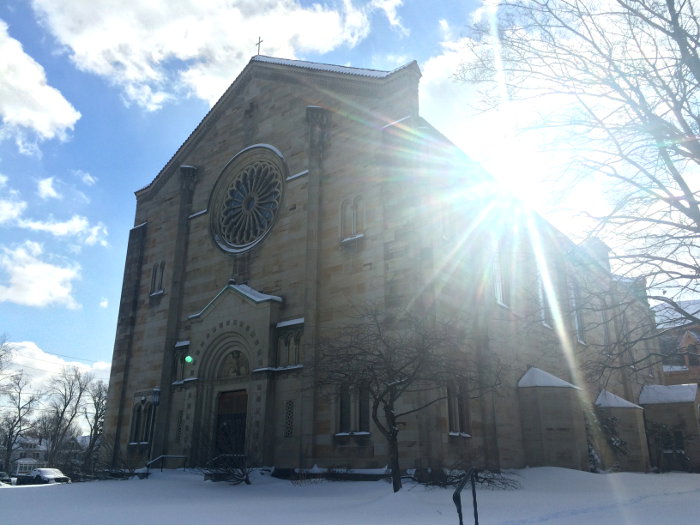 Fueled by the old being made new again, it’s hard to deny that Buffalo is having a moment right now and the latest resurrection of an architectural treasure can be found at 2319 and 2315 Seneca Street in South Buffalo – the site of the former St. John the Evangelist Church and its neighboring rectory.

Currently being renovated by HIP Development, The Church and The Rectory now stand as a modern event space and rental accommodations respectively.

St. John the Evangelist church was founded around the turn of the 20th century by a group of German-speaking Catholics who felt their needs were not being met by the single South Buffalo parish at the time, according to Houses of Worship: A Guide to the Religious Architecture of Buffalo, New York by James Napora. A period of rapid growth led to the congregation swelling to around 2,000 members and breaking ground on what would become the church building itself in March 1930.

Completed for around $250,000, the church was built from Ohio sandstone – the same material used to build City Hall. The design for the church is based on 14th century Italian Romanesque churches and was developed by the Rambusch Decorating Company of New York City. 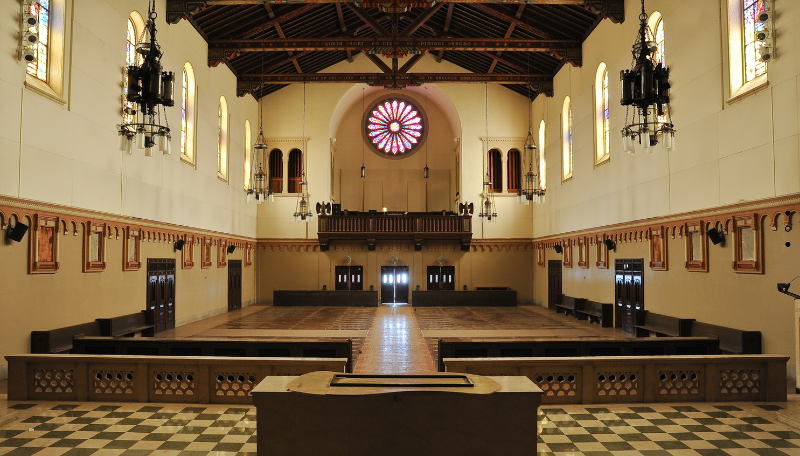 Like many other churches in Western New York, St. John the Evangelist was eventually closed, in 2009, by the Roman Catholic Diocese.

On a recent tour around the old house of worship, Craig Van Tine said he and his wife, who run HIP Development, envision creating a venue similar to another revitalized church in downtown Buffalo.

“If you’ve ever seen what Ani Difranco’s church looks like, that’s our hope and goal for this place,” Van Tine said, his baritone voice reverberating off the rock-solid walls, tile floor and stained-glass windows of the church’s massive sanctuary space.

Plans for the building, which is simply being dubbed The Church, include extending an upper U-shaped, second-floor balcony along the back wall and sides of the former sanctuary. Van Tine said the balcony will allow for viewing of a musical act or performance without detracting from overall sight lines or ambience.

While The Church is intended to be a secular event space, Van Tine said the religious marble sculptures and fresco in the church’s apse will remain as historical artifacts. Interestingly, some of the tiles in the church contain swastikas – a relic of pre-Holocaust Western society.

While The Church is still being renovated, the former rectory next door has been almost completely modernized and remodeled into rental accommodations for up to 22 people. The Rectory currently has 11 bedrooms, a kitchen, six bathrooms and several common areas for lounging and relaxing. While there are currently plans to expand the accommodations further, the 5,256-square-foot building is currently listed on sites like VRBO and AirBnB and has already hosted a few large groups.

Photos Courtesy of The Church and The Rectory

The Rectory is set up in a kind of bed-and-breakfast style where large wedding parties or other groups can stay together and cook communal meals, yet still retire to individual quarters at night.

“We provide your typical – bagels and light fare,” Van Tine said. “The whole point is, we have everything stocked so that they can do their own cooking and what not,” but potential guests should not confuse The Rectory with a standard BnB where someone on staff cooks food for guests.

Step Out Buffalo readers wanting to visit The Church and The Rectory should note that HIP Development has several events scheduled, including the upcoming Caz Tapped on February 21. That event will feature food trucks, beer & wine – as well as live music by Theresa Quinn, Half A Heard and Sugar Spoon.

Brett Llenos Smith is a freelance writer based in Buffalo’s Allentown neighborhood who has been covering local food and culture for Step Out Buffalo over the past six years. As someone with a multi-ethnic background, he has a passion for exploring and understand the many diverse corners of Western New York.
Find More ➭ South Buffalo
×