Coming to Mohawk Place: The exploding sounds of Diarrhea Planet 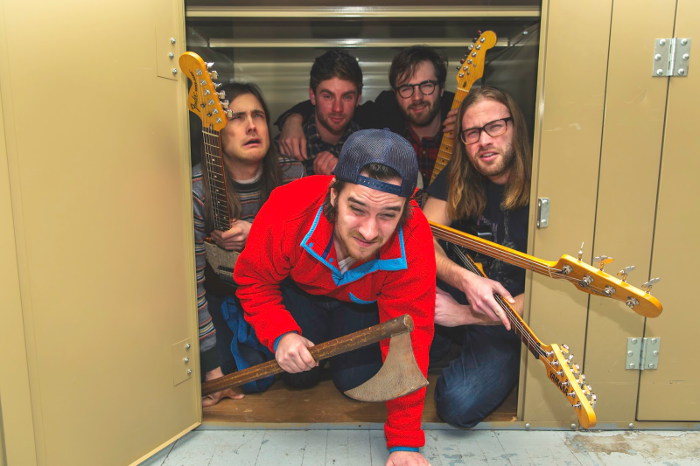 Photo by Wrenne Evans from diarrheaplanet.blogspot.com

There are bad band names – and then there’s Diarrhea Planet. It sounds like a lost scene from Jackass or a blissfully un-self-aware Portlandia store. Definitely not the name of anything you should take seriously.

While there’s no defending the name, unless your 9, you can defend their sound and it is something you should take seriously.

There’s been a bit of a movement in some corners of indie rock toward chunky, feel-good riffs undercut with a bit of melancholy and Diarrhea Planet is absolutely a part of that movement, along with bands like Jeff the Brotherhood and the Bass Drum of Death. All of these groups worship at the two-tone altar of Weezer’s Blue Album and AC/DC’s Back in Black – their music sitting somewhere between party anthems and a teen-angst soundtrack.

Music like this is really catchy and these bands are seemingly one good hook away from festival Main Stage status, which makes Diarrhea Planet’s upcoming show at Mohawk Place on Monday, March 30 all the more important to catch.

RELATED: Best Things to do This Week

The band features four (four!) guitar players and as you can imagine are well-known for their massive-sounding and fun live show. Sometimes all the guitar players will hit the same power chord for maximum density of sound. Sometimes they’ll switch it up –playing everything from Eddie Van Halen-style tap solos to Thin Lizzy-type guitar harmonies. 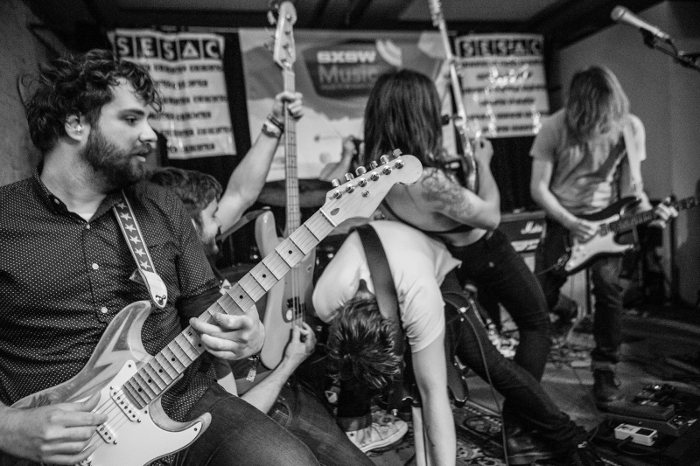 Reigning in those four guitars might seem like a challenge so the band enlisted veteran producer Justin Francis for its 2014 EP Aliens in the Outfield. Francis, who has worked with Kenny Rogers in the past, crunched down the band’s larger-than-life sound into six clean and compact songs that let each of the six players shine without overcrowding each other.

That restraint can be seen in their live shows and it’s really hard to find a respectable publication that doesn’t give these guys props for what they do on a stage. In fact, Paste magazine recently named them its No.1 live act of 2014.

“They shred while climbing monitors. They shred while crowd surfing inside an inner tube designed to look like a Simpsons donut,” Paste writer Bonnie Stiernberg wrote. “And, best of all, they all look like they’re having the greatest time in the world doing it. That energy’s infectious, making it impossible to not enjoy yourself at a Diarrhea Planet show.”

The band does make regular stops in Buffalo, their last one was in October, but with acts like this – you never know if the next time they come back – it’ll be to a much bigger venue.