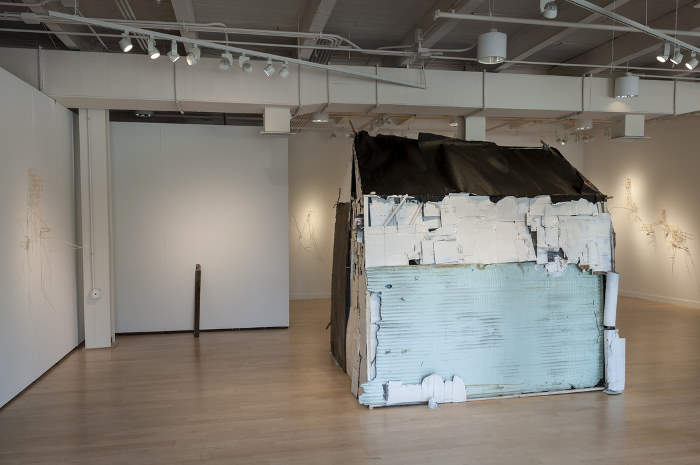 Whether it’s our personal history or where we are right here and now, context affects everything we do – from the food we eat to the time we go to bed.

In the upcoming exhibition at 464 Gallery in North Buffalo, Buffalo native Laura Borneman and her recently-graduated classmates from the Maryland Institute College of Art (MICA) took the idea of context and applied it to “our familiar, lived environments, while simultaneously framing and fracturing the ideological underpinnings. “

The recent MFA grads agreed that they should do a series of group shows to keep the momentum generated by their graduate work. Borneman told me that the group is relatively tight-knit and the individual members are even influenced by each other.

“We definitely didn’t really plan that, but when we did our thesis shows and our presentations we started realizing more and more that that our work all shared similarities. It was why we decided to do group shows together.”

For this group show, titled “Context Contingent,” artist Nicole Herbert created something specifically tailored to the context of the 464 Gallery space.

“She had me send her pictures of the space and she made work based on some of the architectural details of the space,” Borneman said.

One artist in the show, Nikki Moser, is based on the context surrounding her current residence in Pennsylvania, which is locked in a heated debate over fracking. For Joy Moore, the context of her work is how we interact in modern society.

As for Borneman, her earlier work was influenced by living in Bakersfield, Calif. while working there as a teacher. In Bakersfield during the 2008-2009 economic collapse, Borneman said she watched as the supposed security of the American Dream collapsed around her. Her art from that time period is a sequence of surreal works that show rugged, fragile domestic scenes.

For the upcoming group show, the Buffalo native took a more abstract route and developed a series of forms that appear to be in the middle of being built, falling apart or even both at the same time.

“I tried to find a way for it to be a little bit more symbolic or poetic maybe, and not so much specifically about a certain place,” she said. 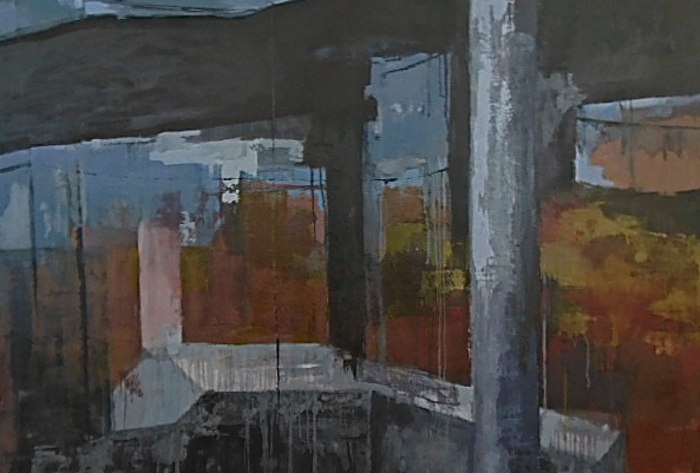 While she was away in California, Borneman came back once or twice a year to Buffalo, all the while noticing the slow transformation the city was undergoing, almost a reverse context of the one she had been living through. She finally made the decision to move back, both to reconnect to her family and to become a part of the on-going changes to Buffalo.

She noted that the local art scene also appears to be going through a bit of a resurgence, along with the local economy and food scenes.

“The art scene here is really exciting right now and I kind of want to feed off the energy of what’s going on and starting to happen,” Bourneman said.

The same group of MICA artists is also set to hold a week-long residency at Hi-Temp Gallery in August. Bourneman said she hopes visitors to the upcoming 464 exhibit can come back to the Hi-Temp show in the late summer to track the group’s progression and the growing influence that the new context of Buffalo is having on her work.

For more information on the show, visit 464 Gallery’s website, lauraborneman.com and nikkimoser.com.