8 Culture & Arts Events to Light Up Your September Days 2019 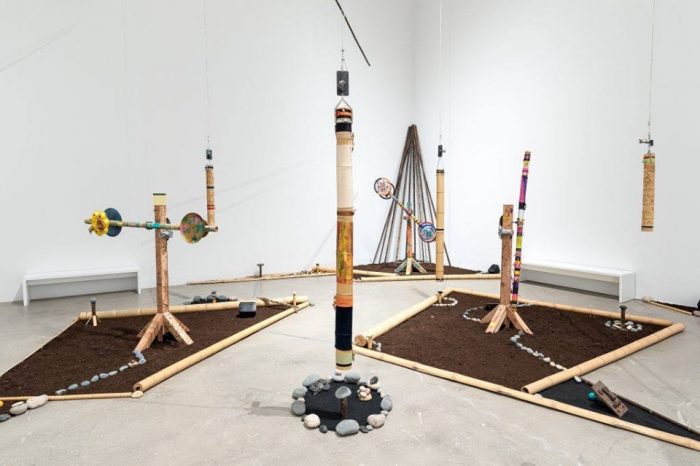 Where the end of the summer and the start of the fall intertwine, the Buffalo arts and culture scene shakes up quite a bit. From a unique set of art exhibitions to theatrical premiers and new poetry showcases, get ready to kick your cultural experiences into high gear this month.

In honor of the 50th Anniversary of the Association for the Advancement of Creative Musicians (AACM) and to pay tribute to both the renewal and rebirth of Buffalo’s iconic grain silos & historic waterways, Hallwalls Contemporary Arts Center introduces an incredible exhibition of art and music featuring Douglas R. Ewart – bamboo sculptures, rainsticks, chimes; George Lewis – electronic sounds; Douglas Repetto – robotics and software.

Rio Negro II showcases an array of auto-kinetic sound sculptures made from bamboo, found objects, and other natural materials which are activated by robotics and accompanied by a surround-sound electronic composition, all inside the magnificent Marine A Silo at Silo City. The exhibition will open at 6:00pm on Friday, September 6th with an artist talk at 7:00pm in Duende at Silo City. Rio Negro II will be on view Thurs – Sunday, or by appointment through Saturday, October 5th. Grab a beer from the cantina nearby, listen to the sounds, and gaze at the sights during this extraordinary showing. More info

Presented by Buffalo’s emerging Latinx arts collective, Los Artistas del Barrio presents: Velada/110by 35, an elegant night of Latinx art, performance, an intimate mystery. Stop by to witness as the hidden is torn away and stand close as one space transforms into another and becomes alive. As part of Allentown First Fridays, El Museo will become an island built between you and the art. Catered food will be provided and the gallery itself will be open until the 21st. This event is free and open to the public. More info

As the historic festival reaches it’s 23rd year, DOPE Collective makes their presence felt with a unique table for those who want the chance to pay homage to Voice Over legend, Cree Summer. As part of the always majestic concrete mural experience for chalk-lovers, the Summer Chalk Walk, there will be chalk provided (especially black and brown). People of all ages will get to draw any of Cree’s characters. Whether it’s Penny from the original Inspector Gadget, Princess Kida from Atlantis: The Lost Empire, Numbah 5 on Kids Next Door, Susie Charmichael from Rugrats, or the acting icon herself; be prepared to draw a portrait and show your love for one of the greatest voice actresses out there. This event is free and open to all ages. Leave hatred and oppressive behaviors at home and don’t miss a chance to show your admiration for the legend that is Cree Summer. More info on JAAF

From the brilliant mind of Theatre legend Gordon Farrell comes Navigators, a showcase of his continued longstanding connection with Alleyway Theatre and the premiere of his latest play. Imagine this: A night of sailing with a political family 2casting off for deep secrets! This is a can’t miss event and an exciting start to Alleyway’s 40th season starring Chris J Handley, Sandra Roberts and Tom Owen, directed by Neal Radice. Tickets are $38 for adults, $20 for students and industry. More info 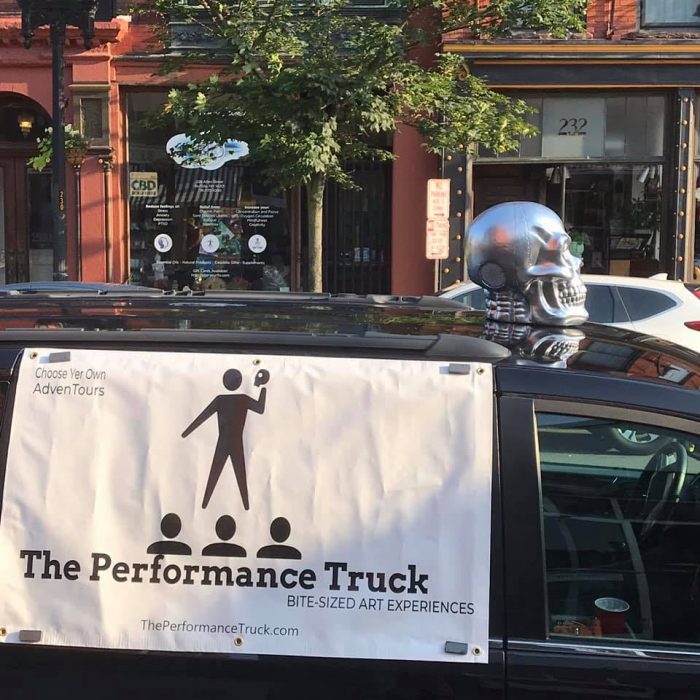 In its second carnation from last month comes an exciting addition to M&T Second Fridays at Burchfield Penney Center for the Arts, The Performance Truck. One part mobile multi-media installation, one part improvisational theater-on-the-go, The Performance Truck is an ongoing experiment in art and commerce devised by longtime collaborators Ron Ehmke and Paula Watkins. Drawing on their combined decades of experience in both the art world (including standup comedy, dramatic monologues, video, contact improvisation, sketch comedy, cabaret, and political satire) and the so-called “real” one (including retail, arts administration, public relations, and marketing), Watkins and Ehmke’s latest project is intended to function on many levels simultaneously. Using the model of a food truck, they have transformed an otherwise generic-looking black 2016 Chrysler Town and Country van into a 4-foot-by-8-foot black box theater equipped with battery-operated lights and sound, multiple seating options, and countless screens, curtains, and other ways to dramatically alter the pint-sized venue’s appearance in a matter of minutes.

What some might see as limitations, Ehmke and Watkins approach as creative opportunities. Every inch of the space is constantly repurposed for maximum efficiency. Even the cupholders have served at least half a dozen functions beyond providing a place for customers to place their drinks. Over its first two years of “beta tests,” the Performance Truck has played such radically different roles as The World’s Smallest Disco (complete with fully stocked bar serving miniature cocktails made with airport-sized liquor bottles and served in shot glasses), Stoney Connors’ Scentsorium (a mind-blowing sight-and-sound extravaganza inspired by 18th century magic shows, 19th century precursors to cinema, and 20th century experimental film techniques), and the site of “Dyngus Day in August” at the Broadway Market (an all-red-and-white site-specific celebration of Buffalo’s rich Polish heritage, during which visitors were invited to polka the afternoon away despite the Truck’s 40-inch ceilings). More info

Running every weekend from late September into late October comes a weekend celebration with a stellar multi-talented cast featuring the likes of Brett Klaczyk and Nathan Miller, musical direction by Don Jenczka and stage direction by Richard Lambert. Tickets will be $30 for GA, and $20 for Students/Seniors. More info 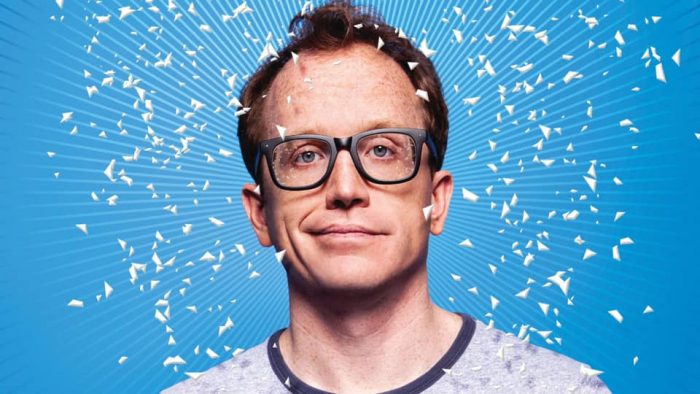 Presented by the folks at Sugar City and Peterwalkee Records, comes Chris Gethard, Live at Sugar City! A Funny and endearing human of television, podcasting and comedy album fame, Chris Gethard will be making a live appearance at Sugar City! Also on the bill, a yet-to-be-named comic pal of Chris, and Buffalo’s own comedic stalwart, Pat Kewley. Chris Gethard is a comedian based out of Queens, NY, with proud roots in West Orange, NJ. He can be seen performing all over the world. In NYC you can often catch him at The Comedy Cellar. He’s the host of the podcast Beautiful/Anonymous, the author of the book Lose Well, and the figurehead of a television show that’s actually more like a religious cult.

If you were lucky enough to get tickets to this hot show, doors open at 7:30pm, show starts around or a little after 8:30pm and tickets are $10.75 presale. There will be limited seating on a first come first serve basis, the rest will be standing room only. More info

They say a feast is the best way to ring in an equinox. So kick off fall right with a buffet of words and rhythm at Little Africa Culture Club. A fun filled evening featuring the poetic talents of Thomas Panzerella (A.K.A. Lazryus), Blanche Harling, Keke Ross, and Bianca L. McGraw. There are also still some spots for those who want to participate. Whether you are hungry for some words or want to grab a microphone ladle and turn your poetry into a kitchen with heat, be there to see this cultural corner of the downtown Elmwood strip light up with flare. More info