11 Culture and Arts Events to Spring Into this March 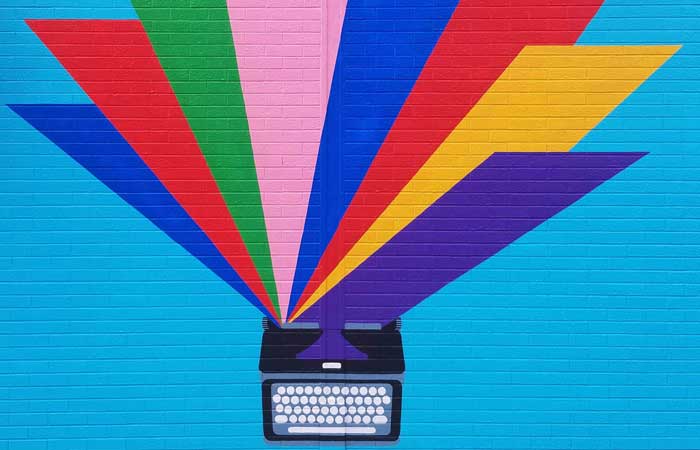 Majority of events in WNY have been cancelled or re-scheduled due to the COVID-19 outbreak. We encourage you to Stay In, Buffalo!

Although March has its fair share of unpredictability here in the queen city, make no mistake that no matter the temperature the springtime makes it presence felt here in Buffalo. Yes, Punxsutawney Phil emerged from his hole with no shadow to be seen, which means an early spring! Whether this is true or not, we have a full bloom of culture events springing up this month of March. 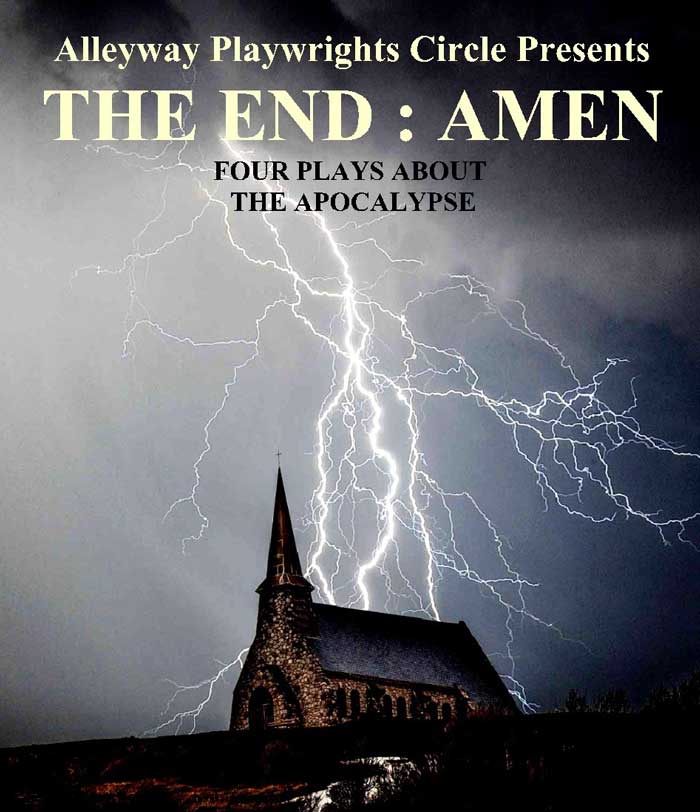 The End: Amen / Photo courtesy of

Don’t forget to catch this awesome, incredible, theatrical anthology, closing out its final week. The End: Amen, features a quartet of apocalyptic short plays written by Alleyway Playwrights. The productions will have you laughing, screaming, and crying in an emotionally-charged night of stories retold for Armageddon. Performances will be at the Alleyway Cabaret. Tickets are only $10, so get yours before those this show sells out!

Presented by Albright Knox, Poet/Artist/Educator Annette Daniels Taylor and her children are coming together to celebrate the life and legacy of husband/father and a true icon of the Buffalo arts scene, Rodney Taylor. Join the family for a night filled with music, dance and an opportunity to check out the artist’s works on display. Free and open to the public, make some time this Friday whether you are a local Buffalonian or just visiting for the first time, be sure to come by and see some incredible work and commemorate a true legend in the community. 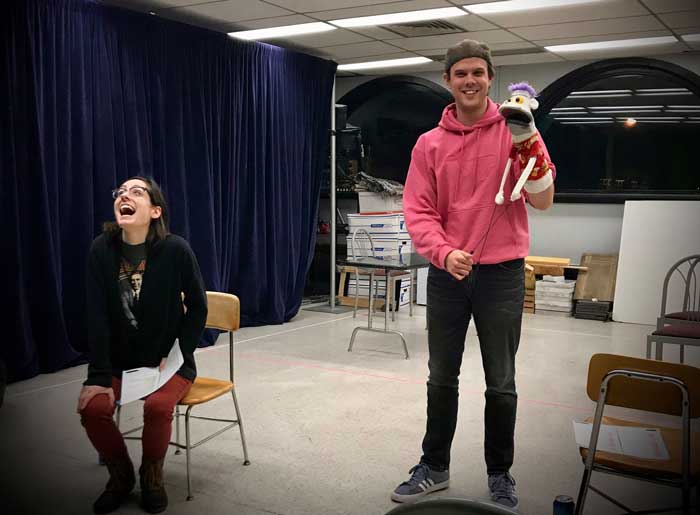 From the mind of Robert Askins, Buffalo’s RLTP takes on the Tony Award-nominated production Hand to God, a dark comedic play about a young devout puppeteer, a god fearing mother and a demonic puppet in the small, puritanically Christian town of Cypress, Texas. Tickets will run $39.00 for GA, $25.00 for students, and $5.00 for students on Thursdays. Don’t miss your chance to see what Charles Isherwood of the NY Times has dubbed “Explosively funny… a festival of filthy hilarity… a weird mirror of our unsettling times.”

Directed by Greg Natale, starring Stan Klimecko’ as Onion and Kelly Meg Brennan as Pearl, the story follows their characters, in the misery of reluctant matrimony as their children, Ogie {played by Louie Vison) and Milly (played by Ava Schara) are displaying increasingly strange behavior. As Onion writes the Great Irish Novel and Pearl covers the house in beads, they secretly plot each other’s ruin. This play, by the author of The Cobbler and The Seedbed, launches a hilarious assault on the hollow aspirations of modern life. Winner of the King’s Cross New Writing Award in London, this is a grotesque black comedy of treachery, revenge, literature… and onions. Be sure to reserve a seat for this truly fantastic Irish import of the stage. 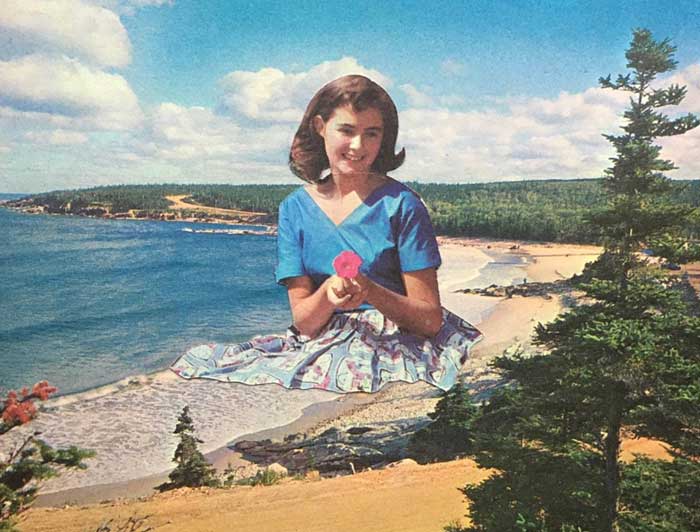 Join Buffalo-based artist and musician Dylan England, as he presents his newest collection, Flower Violence. As always with the opening receptions at Pine Apple Co., this event is free and open to the public. Snacks and refreshments will be provided, and donations are accepted & encouraged.

Presented by one of Buffalo’s newest gallery spaces, The Crucible Art Collective, comes the opening reception of “Crocodile Tears,” a collection exhibiting the art of Kevin Burzynski. Since his first show at eh now defunct Glow Gallery on Main Street, Kevin’s work has spanned mixed mediums such as, painting, collage, and photography. Five years of his work which has been featured in NYC, Los Angeles, and right here in Buffalo, will be featured together for what will surely be a one-of-a-kind exhibit. If you miss the opening night don’t fret, the gallery will be on display until the end of March. 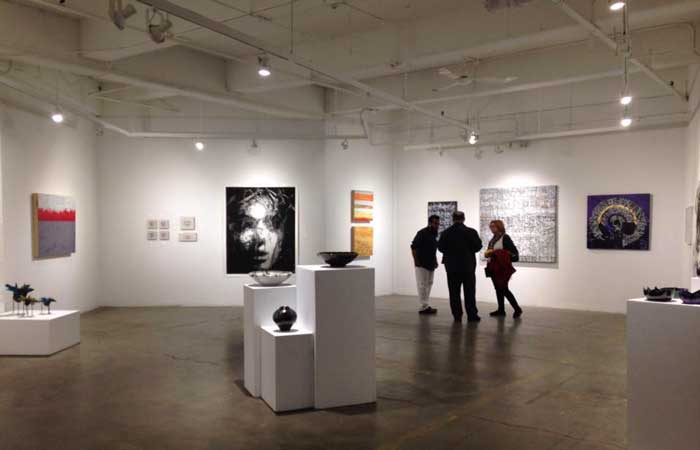 On Saturday there will be a huge event for the visual arts community, one brought together by a diverse group of visual artists putting their work out there in the form of 5×5 copies for sale. A true surrogate for a year absent of Trimania, Live on Five will be an incredible night of live music and visual arts! Guests will have a chance to check out some awesome local music, buy some excellent art, drink a bunch of booze, and meet new friends who like you, want to show some extra love for the Buffalo Arts community.

Join in for the March 18, 2020 BABEL featuring Marilynne Robinson, recipient of a 2012 National Humanities Medal awarded by President Barack Obama for “her grace and intelligence in writing.” Just Buffalo Literary Center presents its third installment for the 2019-2020 season, and is kicking it off with yet another noteworthy legend in literature. As always for ticket pricing, VIP Patron tickets run at $100, GA tickets run at $40.00, $35 with a BECPL card, and $10 for Students. This is the first Babel of 2020 but, the third for what has been an incredible season thus far. This is truly a can’t-miss night!

Directed by Kyle LoConti, starring Barbara Link Larou, Lisa Ludwig and Anna Krempholtz comes Edward Albee’s Pulitzer Prize-winning drama, Three Tall Women. This touching piece follows the lives and memories of three women who have more in common than we think. With only three weeks in its running and tickets running at only $30.00 on presale + fees, (also 25.00 for seniors + fees and 15.00 for students + fees), this is a touching, storied production worth every price. 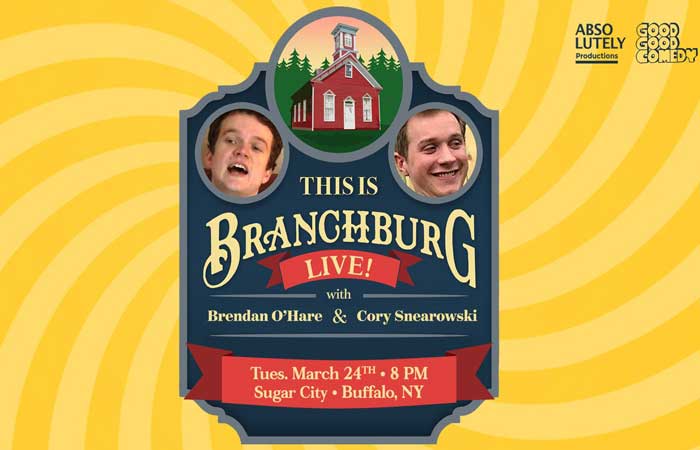 Brendan O’Hare (Netflix, HBO) and Cory Snearowski (The Onion, Clickhole) present a live version of their popular scripted podcast, This Is Branchburg. The small town of Branchburg, New Jersey has many stories to tell, whether you’d like to hear them or not. Come meet the cavalcade of weirdos and grotesquely beautiful characters who make up Branchburg, in what Vulture calls “Northern Exposure meets Twin Peaks” and what the A.V. Club calls a “delicate balance… between absurdism, dark comedy, and genuine folksy charm.” Produced by Tim Heidecker and Abso Lutely Productions, this is a one-of-a-kind night for a two of a kind talents as they grace the stage at Buffalo’s own Sugar City.

Tickets run at $10.00 and are available for purchase online.

Join Medaille Campus Thursday for another poetic installment with Internationally-renowned slam poet Brandon Williamson. Host of Buffalo’s only monthly poetry slam, Pure Ink Poetry, and who has represented Buffalo in the National Poetry Slam, on multiple occasions as well, Brandon will bring his brand of performance and art to an audience near you, but more specifically at the heart of the Medaille Campus. A Q&A will be followed by the performance. Like all of the previous readings, this event is free and open to the public.