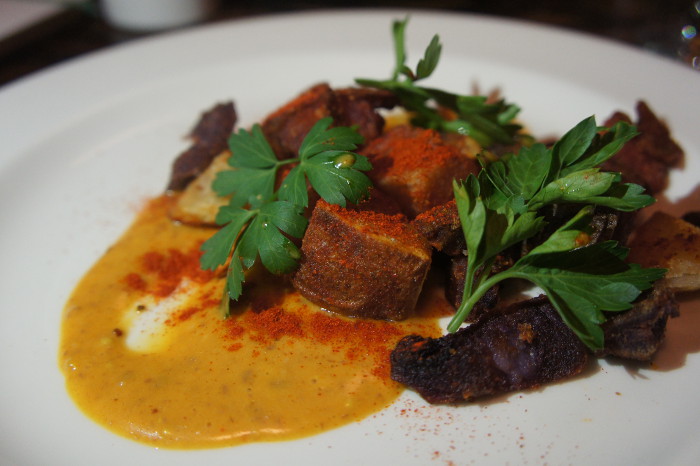 Patatas Bravas at The Black Sheep / Step Out Buffalo

Snowy weekends call for major movie-and-series-watching binges, so if you’re a little over drawn-out documentaries or films (ahem, Making a Murderer) this weekend will be your much-needed refreshment.

You likely already have your major Oscar picks locked and loaded, but have you truly explored the lesser-known nominees? To solve that problem, the Eastern Hills Dipson Theatre will be showing the Oscar Nominated Animated Short Films.

The five bite sized films are “Bear Story” by Gabriel Osorio and Pato Escala, “Prologue” by Richard Williams and Imogen Sutton, “Sanjay’s Super Team” by Sanjay Patel and Nicole Grindle, “We Can’t Live Without Cosmos” by Konstantin Bronzit, and “World of Tomorrow” by Don Hertzfeldt.

In keeping with the small tastes of short films, a trip to The Black Sheep on Buffalo’s West Side will be a test of your sharing abilities as you indulge in Modern European and Americans shared plates or tapas.

You could certainly order from the Large Plate menu, but it’s a whole lot more fun to switch it up and order small plates, exploring your palate. There are plates for cheese-lovers and meat-lovers, as well as fried clams, some intriguing mixes of cheese and veggies, and some good ole’ pierogis.

For more great info on our restaurant pick check out Buffalo Spree’s review of The Black Sheep.