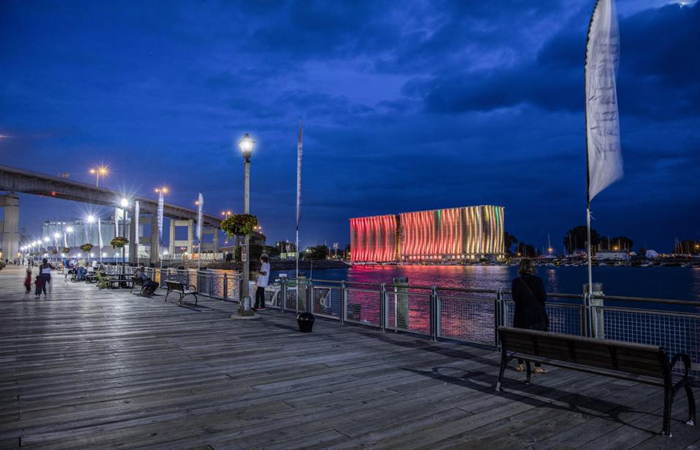 Photo courtesy of The Buffalo Waterfront

The New York Times, The London Times, Cami Clune from NBC’s The Voice, and many others, are pretty obsessed with Buffalo it seems. And how could you not be!


Maybe it’s the food, the Bills, the sunsets, the arts, or one of the many reasons Californians want to move to Buffalo. No matter how you look at it our City has a lot to offer, and it’s finally getting the recognition it deserves.
According to real estate website Redfin, more and more people are looking to move to Buffalo during the pandemic. The website claims that its data shows house hunters looking to move to Buffalo increased by 107% since the Covid-19 pandemic began in March 2020.
The biggest probable reason? Affordability. Redfin says:

“The increasing popularity of Louisville, Buffalo and most of the other destinations on the top 10 list like El Paso and Tulsa is likely due in part to their affordability … [compared to Los Angeles and New York], the typical home in Louisville sold for $229,000 in September, and in Buffalo it was $190,000.”

Fun facts: Buffalo is also currently one of the top 2021 travel destinations and one of the best places to live for beer drinkers!
With great affordability, amazing food, great sport fan bases and more remote work options, it makes sense why more people are looking to move to the Queen City.
Read the rest of the article here to see where else people are looking to move!