Dictate Your Seafood Experience at Oshun

During the Pan American Exposition in 1901, Buffalo was dubbed the City of Light for its then-state-of-the-art nighttime displays. Now, across the street from the exposition’s famed Electric Tower – that tradition of light is being carried on by Oshun, the seafood-oriented restaurant owned by Jim Guarino.

While they may be related, these restaurant siblings couldn’t be any more different. Where Shango draws visitors in with its familiar-feeling, dimly-lit nooks and soft textures – Oshun is all wide-open spaces, with light beaming in through large front windows – covering the walls and Italian marble floors.

Light can also be tasted and experienced at Oshun. According to bar manager Nathan West, the cocktail selection will have an emphasis on fresh juices and herbs— and will be specifically tailored to compliment the day’s menu selections.

The menu itself is expected to regularly change and will draw inspiration not only from the building’s past as home to a Waldorf-Astoria lunch counter in the 1940s, but also from the name Oshun – which was the voodoo goddess of love, as well as the wife of the voodoo god Shango. Sous chef Brett Brennan emphasized that the menu will almost always include a nod to Afro-Caribbean influences.

“The whole menu is very ingredient-driven, as opposed to cuisine driven” he said. “We’re pulling from Caribbean influences, North African influences, Asian influences… And by Asian I mean all of Asia, including Indian and Japanese influences.”

Brennan said the building’s history will regularly be seen on the menu as updates on classic early 20th century dishes.

“So we might be featuring Oysters Rockefeller, but not in the traditional sense of it,” he said. “We’re not being pretentious with our food – we’re not going to be adding foams or whatever on everything – but we just wanted to do things with the thought: ‘What if these dishes were around nowadays?’”

A light, unpretentious – yet modern attitude is what the Oshun staff wants to extend from the bar and open kitchen out into the restaurant. Bartenders and servers will be dressed casually and they expect their customers to do the same. General manager Paul Boudreau said the prices at Oshun will also reflect a laid-back attitude – with small plates like African-grilled octopus or ‘King’ Crab Louie salad costing under $20 each.

“Seafood can get expensive and with us being a seafood house – people might think, you know, it’s going to be a higher price point,” he said. “If people want to go out and spend (a lot of) money, they can spend money. But if you walk into a place and you’re getting hit with $35 to $45 entrees and everybody’s wearing ties or vests… I don’t know. I just think it’s kind of dated.”

“I think that’s the great thing about this whole concept,” Brennan added. “If you want to come in and have eight to ten courses – you can do that – or you can have just one or two plates. You can even come in and just have desserts. It just appeals to so many different kinds of people.”

“The consumer can definitely dictate the kind of experience they want to have,” West said.

After the Labor Day weekend, Oshun will keep regular hours – opening from 11:00 a.m. Lunch will be served until 2:30 p.m, when the kitchen will close and start prepping for dinner. Both the full bar and the raw bar will stay open after lunch and throughout dinner, which begins at 5 p.m. The staff said they also have plans to start serving Sunday brunch in the near future – a brunch they said will rival Shango’s as one of the top brunches in the city.

Brett Llenos Smith is a freelance writer based in Buffalo’s Allentown neighborhood who has been covering local food and culture for the Step Out Buffalo over the past six years. As someone with a multi-ethnic background, he has a passion for exploring and understand the many diverse corners of Western New York.
Find More ➭ Downtown, Theater District 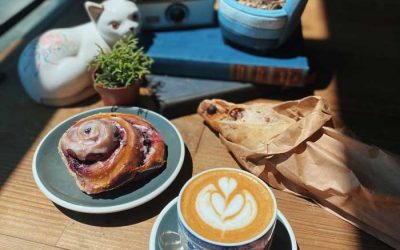 This article is a paid promotion by one of our advertisers. With these paid articles our goal is to share valuable information with our readers that we think you’ll find useful and interesting. Photo courtesy of... 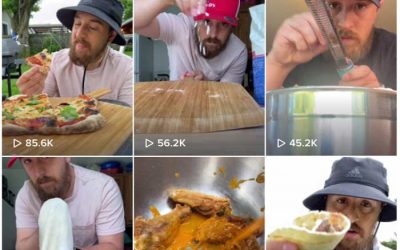 This article is a paid promotion by one of our advertisers. With these paid articles our goal is to share valuable information with our readers that we think you’ll find useful and interesting. Photo courtesy of Supchef...