Did You Know Southern Tier Pumking Whiskey Is a Thing? 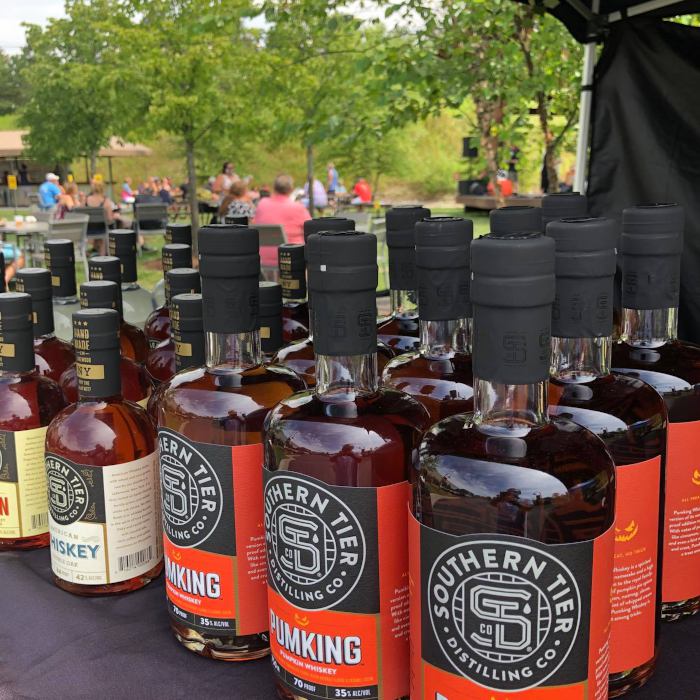 
Made from their handcrafted whiskey with flavors of pumpkin pie spice, buttery cream and pie crust, Pumking Whiskey is basically pumpkin pie in a shot glass.
Pumking Whiskey was available beginning August 1 at the distillery (2051A Stoneman Circle, Lakewood, NY) and is making it’s way into retail locations into September. Click here for other ways to find it.
Try it over ice, as a shot alongside PUMKING ALE, or as one of these cocktails.
For more info and updates follow Southern Tier Distilling on Facebook.
Cheers!