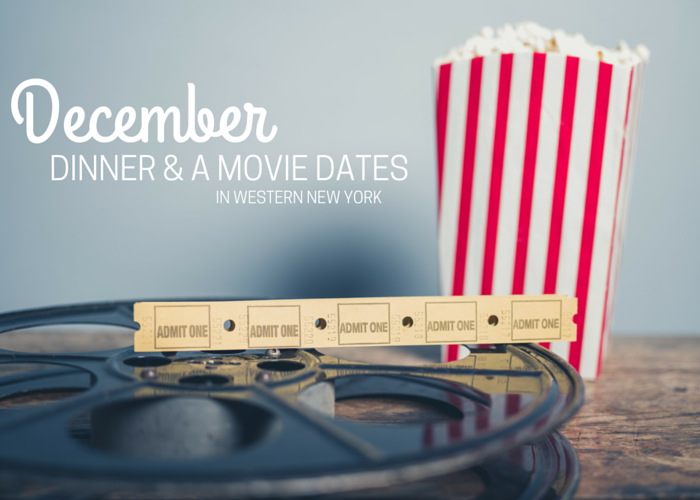 By 1850 there were over 10,000 people of Irish descent living in Buffalo. Then, in 1880, 70 percent of the population of Buffalo’s First Ward was Irish, according to the University at Buffalo Libraries article, “The Irish Community of Buffalo and the Pan-American Exposition”. Ed Patton, a local historian and author, said about 40 percent of Buffalo’s entire population was Irish in 1848, according to a 2014 Buffalo News article.

And so every Buffalo native knows, we take our Irish history seriously – we even have two St. Patrick’s Day parades!

Although we’re a few months away from becoming a city of green, with Brooklyn playing almost daily at the historical North Park Theatre in North Buffalo we can all reflect on the trials many of our ancestors faced as they left Ireland and came to America. More largely, Brooklyn elegantly highlights the struggles we all face as we have to make decisions, grow up, and face our futures. Brooklyn has received almost endless glowing praise from critics for its simplicity and truth, and its well-crafted characters.

The film follows Eilis Lacey, played by the absolutely lovely and powerful Saoirse Ronan (Atonement, The Lovely Bones), as she is caught between a life in 1950s Brooklyn and one back home in Ireland.

Despite being painfully obvious, I would be remiss to suggest a restaurant other than a classic downtown Buffalo Irish joint – D’Arcy McGee’s Irish Pub. Like your nana’s homestyle cooking, D’Arcy McGee’s is true comfort food, complete with the modern craft beer selection young Buffalonians require on their nights out.

From bacon and cheese spuds, to Shepherd’s pie, to bangers-n-mash, to corned beef and cabbage, the simple yet classically delicious menu will satiate your desire for some throwback food.

Often times it is the simplicity of food that transports us to times of old and reminds us of where we come from, and where we are going. After watching Ronan’s performance on the big screen, you and your date will surely have enough to both reminisce about and reflect upon over dinner.

Note: Thanks to the many showings of Brooklyn at North Park Theater, this matchup can be used until Dec. 17th! 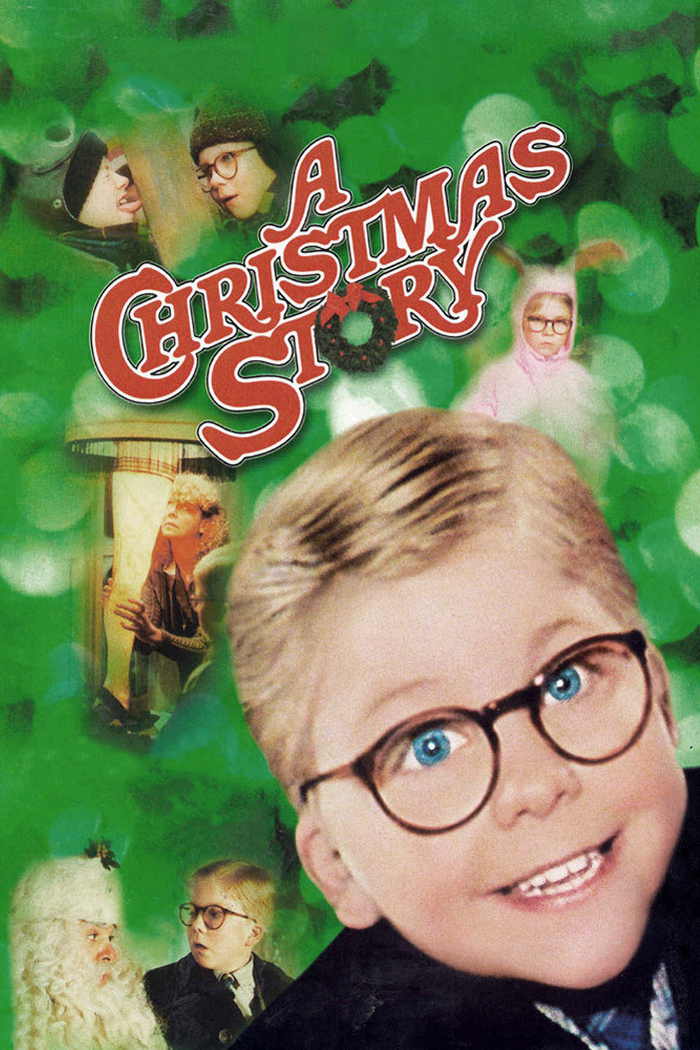 Open for lunch and dinner 7 days a week

Most of us have diehard Christmas traditions. For my family, watching A Christmas Story on Christmas Eve is the big one. We still watch it on VHS – I don’t think we’ve ever even considered getting a DVD copy. In light of this information, you can see why I can’t resist recommending the Riviera Theatre’s A Christmas Story Event.

On Saturday, Dec. 12 at 1 p.m. the Riviera Theatre will be graced with the presence of actors Ian Petrella (Randy Parker), Yano Anaya (Grover Dill), Zak Ward (Scut Farkus), Scott Schwartz (Flick), and R.D. Robb (Schwartz). Audience members can tweet during the “Talk Back” and the actors will answer your deepest inquiries – were Scut Farkus’ eyes really yellow? Did Ralphie’s mom really break the leg lamp? After the approximately two hour question and answer session, the classic Christmas film will play on the big screen. Then stick around for a bit and meet the characters we grew up loving (and hating!).

With about 60 stellar reviews on Yelp, articles in Buffalo Spree and Buffalo Eats, and just ten minutes from the Riviera Theatre, Peking Quick One is the perfect choice for an after-film dinner. Although the restaurant make look unassuming, don’t be fooled, the meals off the homestyle menu (Chinese on one side, English translations on the back) will satisfy any needs for impressive décor. Entrees are mostly at or less than $10 – perfect for ordering multiples to share (what could be more romantic than watching your partner carefully give you exactly half of the plate?).

And if you have to ask why I picked a Chinese place, well clearly you aren’t a real Christmas Story fan.

As a now graduated English major, I’d be failing in my degree-given duties to wholeheartedly recommend the newest adaption of Shakespeare’s tragedy Macbeth. While everyone else is out seeing the new Star Wars film, you can avoid the crowded cinemas with overpriced tickets and see a new take on a literary mammoth with your lovely lady or gentleman.

Director Justin Kurzel joins the ranks of Orson Welles, Roman Polanski and Akira Kurosawa in adapting the play to the big screen – and to 21st century audiences. For those of us who have seen perhaps more versions of Macbeth and read the play more times than we’d like to admit, the fresh eyes will likely stir up some new conversation. How will we see Macbeth’s hubris at the end of the film? Personally, I’m fascinated by the idea of the rather docile Cotillard playing such a hostile and brutally ambitious woman (at least that’s how I see the Lady Macbeth).

For a little peace before what is sure to be a bloody show, I suggest taking a trip to South Buffalo for some proper fish and chips or pie. Macbeth is set in Scotland and Shakespeare wrote in England, so it’s only fitting to indulge in classic food from the UK. From steak and ale, to beef and onion, to a not-so-classic chicken tikka pie, your stomach will be right ready for your mind to indulge in a literary classic.

Shakespeare definitely cannot be properly consumed on an empty stomach. 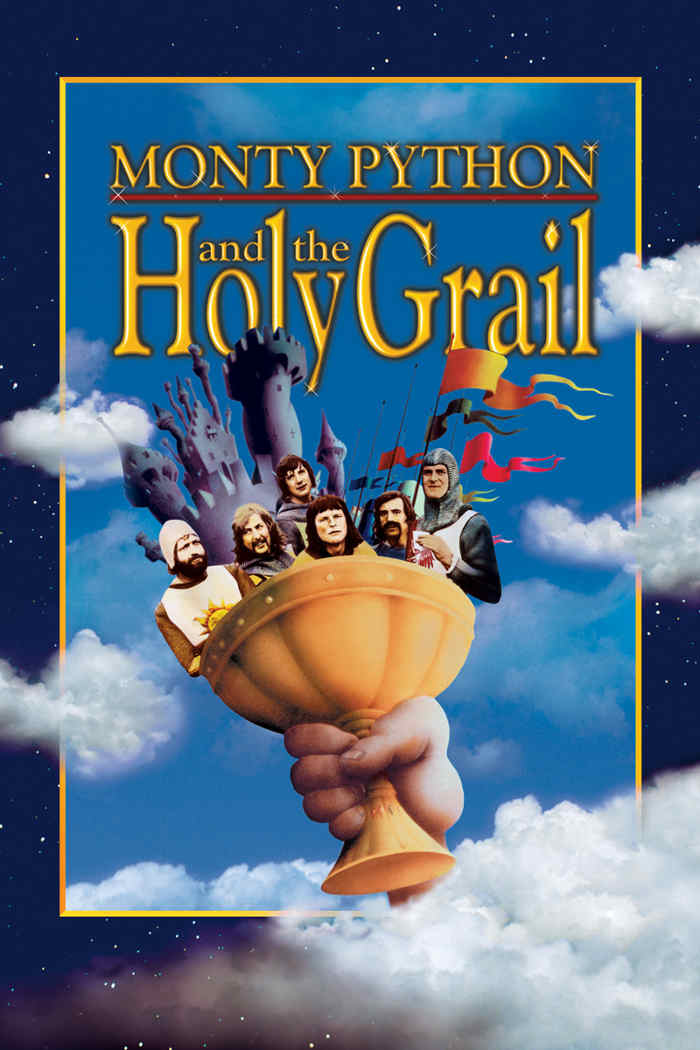 “I fart in your general direction! Your mother was a hamster and your father smelt of elderberries!”

“Listen, strange women lyin’ in ponds disturbin’ swords is no basis for a system of government. Supreme executive power derives from a mandate from the masses, not from some farcical aquatic ceremony.”

“If she weighed the same as a duck…she’s made of wood.”

Forty years ago one of the most brilliant British comedy troupes released what is probably the most well-known version of the medieval story of King Arthur and the Knights of the Round Table (who dance whenever able, do routines and chorus scenes, “with footwork impeccable”!). Although it is a story retold by many authors, only one includes an encounter with a foul rabbit, the dastardly Knights Who Say Nie, and an overly enthusiastic Dead Collector.

Monty Python and the Holy Grail needs no introduction – except itself – and the Screening Room Cinema Café is treating Buffalo to a showing of the film on the big screen for a celebration of the big anniversary. Be sure to arrive early to the cinema to claim a good, comfortable seat – the Screening Room uses tables and couches rather than rows of traditional movie theater seats – and to purchase snacks, beer, or wine before the show.

Although going out for brunch and eating ham and jam might put you in league with the Knights of the Round Table, for dinner, I’d suggest somewhere you can be boisterous and goofy before heading out to the theater – Big Ditch Brewing Co. At Big Ditch, you can not only indulge in local brews but also in their eclectic menu (not just pub or light fare, but real meals!). If you’re going out with a large group of friends, order the flight of dips or share the Antojitos (flour tortillas with a selection of toppings). For a more intimate date night, the burger selection will definitely keep you full throughout the film (or two, or three). While there are more classic menu items, I’m attracted to the things with a twist, like the T-Meadow Bratwurst Sandwich or the Pretzel Chicken.