49 Illinois St., Buffalo
If you’re ready for a modern-day, gory, black-and-white psychological thriller then it’s lucky for you that The Screening Room is hosting Buffalo’s first run premiere of Mickey Keating’s film, Darling. If you’re tired of all the repetitively bloodbath films Hollywood loves churning out, then mark Darling on your must-see-movie calendar because it’s sure to have boatloads of style.
Although many of the criticisms of the film say it is all style over substance, most people actually appreciate that. The film is a visual masterpiece set in a mysterious Manhattan mansion. The film’s star, Lauren Ashley Carter, truly looks the part with her massive eyes, tame 1950’s hair flip, and modest black and white collared dress.
Carter’s character is merely called “Darling” as she is hired as a caretaker for the mansion by Madame, played by Sean Young. Upon moving in, Darling finds out about the mansion’s history and reputation. But, like many great ghost stories, Darling asks the audience if it’s the house or the girl that’s really haunted. 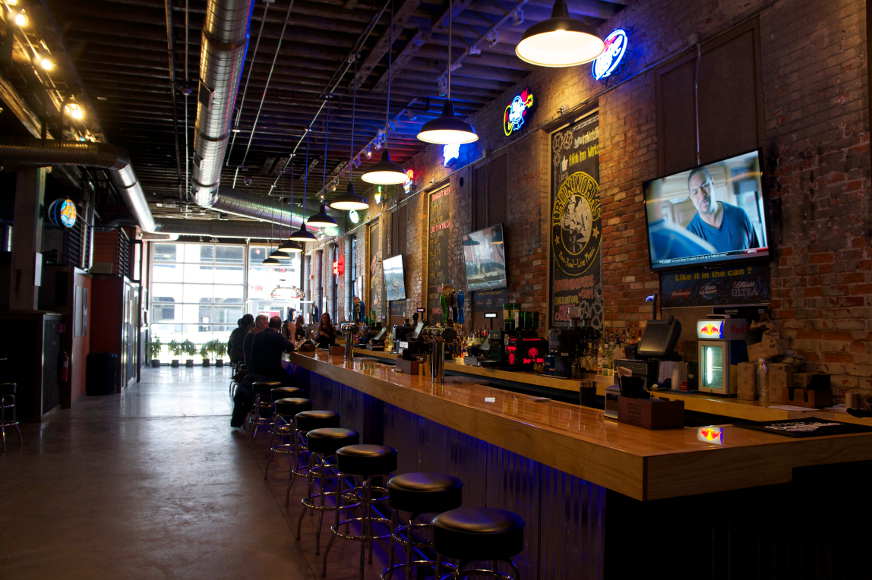 After all the film’s blood and gore, dinner might not really be of interest to anyone, but a good drink is always welcome.  The Cobblestone District is a concentrated area of haunted-ness in the city, as any haunted bar crawl will tell you. Although you might not run into any headless ghosts, there is definitely something about the Cobblestone District that certainly feels spooky and historical late at night. Iron Works, if you’ve managed to somehow never attend a live show there, is a bar in the heart of the District. They’ve got a splendid bar food menu and live music every night of the week.
So if you’re with someone who gets way too freaked out by scary movies, getting drinks at a busy bar might be just the thing they need.