Enjoy Food, Entertainment and Artisan Goods from Around the World at Buffalo Without Borders 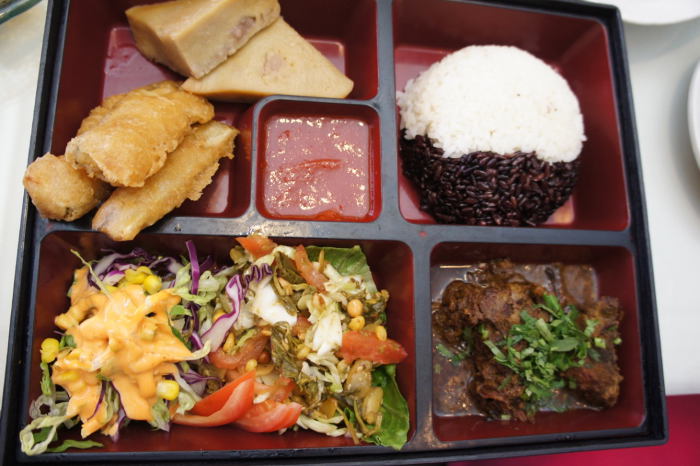 Due to presidential politics and the growing refugee crisis in Europe, topics related to immigration and refugees have been on almost everyone’s lips lately.

Locally, the International Institute of Buffalo helps incoming refugees get a fresh start and the organization’s Buffalo Without Borders event serves as a way for Buffalonians to experience the many cultures currently streaming into the area, while supporting the latest waves of immigrants.

In a recent conversation about the event, organizer Brian Brown-Cashdollar told me Bhutanese, Nepali, Iraqi and Burmese people are the latest waves of immigrants to hit the eastern shores of Lake Erie. He added that Syrian refugees are also starting to filter into the area, after having finally passed through years of dealing with federal red tape.

“It’s usually at least a couple-years delay after you see a crisis that you start to see a new population coming in,” Brown-Cashdollar said. “So, a lot of the Syrians we’re seeing now have been in process since the beginning of the Arab Spring (around 2010).”

Buffalo is actually quite the fertile crescent for refugees looking to get a fresh start. In fact, the federal State Department has Buffalo listed as a preferred community due to the city’s relatively low cost of living, openness to immigrants and abundance of entry-level work.

In addition to Buffalo helping support refugees, historical evidence from the International Institute has shown new immigrants give the city a boost in productivity. Brown-Cashdollar noted that previous waves of German, Irish and Polish immigrants all added to Buffalo’s prosperity and made the city what it is today.

“Now, Buffalo – not just economically, but also in terms of population – is growing for the first time. In large part, because of in-migration of refugees and their families,” he said.

Buffalo Without Borders is a way for the International Institute to not only support our refugees, but also to connect them more strongly to local people. As for food, the event is scheduled to feature 13 different options, including gourmet Laotian food, Peruvian food from Pure Peru, Rakhapura sushi and Burmese from Sun Restaurant. Buffalo Without Borders will also feature 11 different merchandise vendors in the Souk, or bazaar.

“The event directly supports immigrant, refugee and ethnic vendors,” Brown-Cashdollar said. “We pay them a stipend and we give them an audience of people who are enthusiastic about supporting their products and services.”

He added that the event also serves to break stereotypes, and reveal refugees as hard-working individuals, who often walk thousands of miles to seek asylum with nothing but the clothes on their backs. At the end of their long journey, these people still retain their unique individual personalities and rich cultural traditions.

“In a ridiculously delicious way, the event highlights the diversity of Buffalo,” Brown-Cashdollar said.

As you might imagine, Buffalo Without Borders is a popular event that sells out each year. Organizers recommend you don’t try to get tickets at the door.