6 Essential Shows to Catch This January 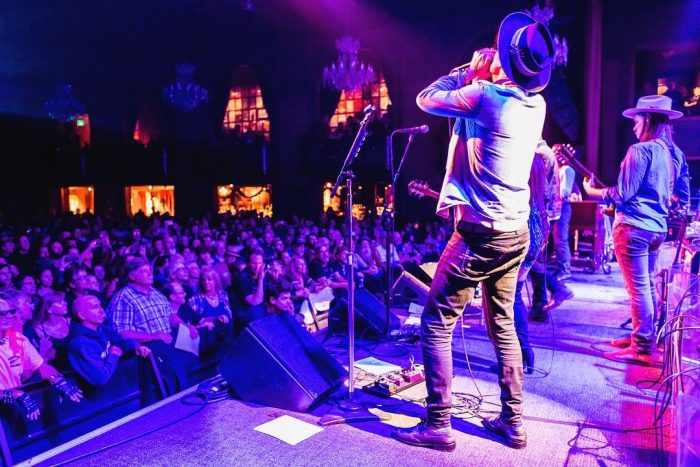 The pickings are slim on the live music front right now, dear reader. Hopefully, you stored up a lot of great concert memories during 2018 to sustain you through January, like a squirrel living off nuts during the cold weather.

Since this is a monthly column, the show here at SOB must go on and thankfully there are a few morsels to report on.

This is also a good time to mention that there is always great live music going on in small bars and cafes around Western New York. The local music community is made up of your very talented neighbors, friends and relatives, and they all need your support. So, get out there and enjoy some live, local music in addition to these great bigger shows!

Some of these shows may be sold out, but obviously you can still find tickets on StubHub, Craigslist, Silk Road, in a dark alley, from “your guy”, etc. Don’t @ us.

Panic! At the Disco is bringing an over-the-top spectacle to KeyBank Center to match the band’s over-the-top power pop rock. Because millions of flashing LED lights and massive sing-a-longs are the perfect cure for Seasonal Affective Disorder – you need to go to this show. Doctor’s orders.

This Buzz Band Show of the Month features a band that won the Unsigned Artist of the Year at the 2017 Boston Music Awards. Weakened Friends may or may not be a great band name, but you can’t deny that this band makes you feel all the emotions. Given that this band could blow up at any moment, this show also has serious long-term FOMO potential.

Rock and roll may never forget, but maybe you forgot, about Bob Seger. This Dad Rock Pick of the Month is supposed to be Mr. Seger’s last-ever tour stop in Buffalo. So if he’s on your concert bucket list, pick up those tickets ASAP.

Rumor has it that 90s nostalgia is hot right now, and you can’t get more 90s than Crash Test Dummies. The band had two songs on the Dumb and Dumber soundtrack and also had their hit song “Mmm mmm mmm mmm” parodied by Weird Al Yankovic. Neat!

Speaking of the 90s, there was this moment in the decade when everyone thought G. Love & Special Sauce were going to take over the world. Well, that didn’t exactly happen, but the funky, bluesy, hip-hoppy band did develop quite a cult following. Needless to say, going to this show will definitely impress your cool, older GenX cousin.

LOCATION: UB Center for the Arts

If you’ve made it this far in the concert rundown, you’re probably thinking there’s a lot of retro acts getting featured this month, and you’re right there is. But can I kindly point you in the direction of Walk the Moon at CfA?

Walk the Moon, or WTM as the kids call them, are playing a pretty imitate show at UB, given the size of the band right now. This show is another S.A.D. buster that can give you a much-needed lift going into February. Do it!!!