Every Concert Happening in Larkinville This Summer 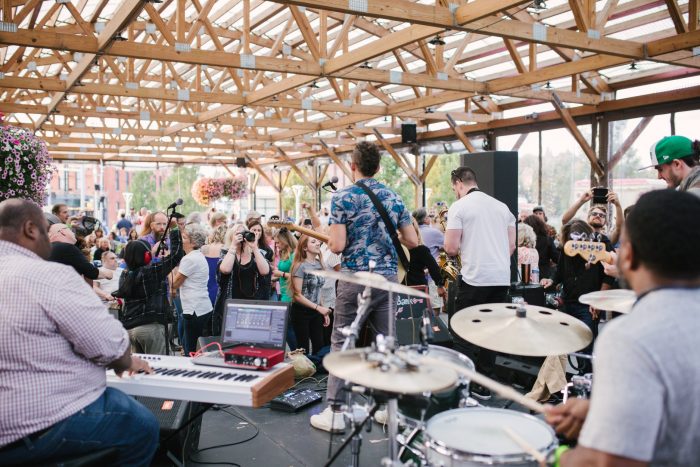 Listening to live music while soaking up the sunshine is the absolute best. Anyone else agree? Back in the day, specifically during the 19th and early 20th centuries, the Larkin District was a bustling industrial district. Fast forward to today and Larkinville is now considered one of the most hip and happening neighborhoods in the city. One of the reasons? Live music. This summer you’ll find live music in Larkinville every.single.week on Tuesdays, Wednesdays, Fridays, and Saturday in and around Larkin Square.

We understand keeping track of all the talent is tricky, so we created this guide for you. You’ll find the who, what, when, and where — all in one place. Right here.

Before the music ends in Larkin Square on Tuesdays and Wednesdays, the band starts playing in the beer garden at Hydraulic Hearth. Yes, that means you can enjoy live music well into the evening.

Morgan is a storyteller with a passion for exploring Buffalo's food and beverage scene. She enjoys drinking craft beer so much that she started a business dedicated to promoting this industry. As the co-founder of Content on Draft, she develops social media marketing strategies for craft beverage companies in Buffalo and beyond… and she loves it!
Find More ➭