“What was apparent from the beginning was that this tour would cover more than ordinary descriptions of the giants around us. Here we would hear their histories, understand their struggles, and get to know them personally.”

Passing by old buildings in a hurry on the way to somewhere else does not a tour of Buffalo make. Carve out a couple hours, cough up the $15 and get to know the city with Explore Buffalo’s Masters of American Architecture Tour. Here’s a sneak peek:

2.) St. Joseph’s Cathedral – Designed by Patrick Keeley, ground broke on the project in 1851.

5.) Guaranty Building – Though seemingly plain from afar, the Guaranty’s terracotta detail is striking up close.

8.) Ellicott Square (entry) – The entryways to the Ellicott Square Building are identical on both sides, except for the Roman god Mercury missing its head on the bottom right. 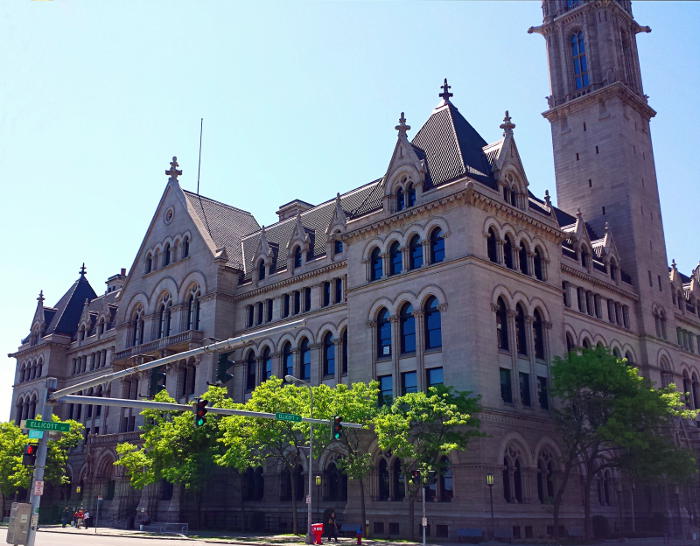 Want more? For all tours in WNY click here