FC Buffalo: For the Love of City and Sport

Sports, Things to Do 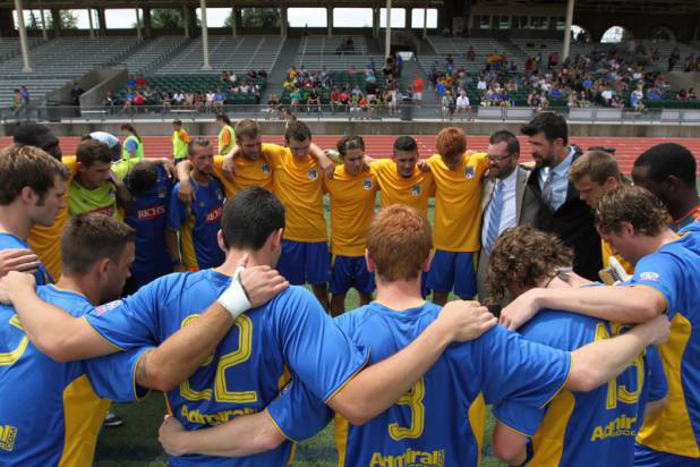 It might be hard to “Billieve,” but once upon a time, going to see the Bills or Sabres play was all about rooting for a team and paying attention to the game.

There were no blooper reels on the Video Big Board. There were no LED ads whizzing around the stadium at 35 mph. There was no officially-sponsored train sound or horn telling you when to cheer. Entertainment at the game was driven by two things: the team and its fans.

FC Buffalo might be an amateur team playing in the fourth tier of American soccer, but going to a match at All-High Stadium in North Buffalo is like stepping back in time. Tickets prices are so cheap, entire families come out to the games. Fans are forced to make their own noise and come up with their own cheers. You can actually have a conversation with the person next to you without having to yell over Megan Trainor’s 2014 smash-hit “All About That Bass.”

In addition to getting a shout out from CNN, another media feather in FC Buffalo’s cap is its victory over the Bedlington Terriers of England’s Northern League. Owned by local mogul Bob Rich Jr., the Terriers were flown over in 2011 for a brief North American tour that included a match at All-High that was billed as the Lord Bedlington Cup. The lower-level British team’s entire trip and game here in Buffalo was covered in a documentary for BBC News.

Admittedly, the games this season probably won’t garner international attention, but that doesn’t mean there’s no reason to go out and support the area’s premier men’s soccer team. All-High Stadium itself is a cathedral to local amateur sports and even stood in for iconic Wrigley Field in the 1984 film The Natural.

Another reason to catch an FC Buffalo game is passion personified in the form of the men and women of The Situation Room. TSR, as it’s known, is the soccer team’s official supporters group and they make their presence known throughout every home game by singing, chanting and playing drums in support.

TSR member Brandon Chiarmonte told me that the group came together as strangers and over the years, they’ve developed friendships along with a catalog of songs and chants that either celebrate our boys or throw shade at the opposition.

Chiarmonte said the fan-driven noise at All-High is custom-made for fans who wish crowds at the Ralph or First Niagara Center were more vocal. 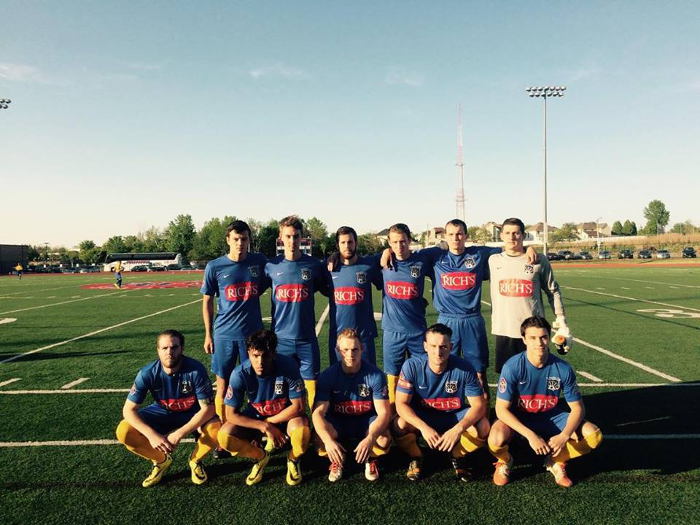 “After leading chants at FC Buffalo games,” he said, “I would go to a Sabres game – and I would just be like, ‘C’mon guys, anybody want to say anything here?’”

While security at FC Buffalo games is fairly lax, fans are expected to follow rules common to all professional and amateur sporting events. The following items are not permitted:

For those looking to embrace the more social aspects of gamedays, The Situation Room and other supporters gather at Mes Que on Hertel Avenue before and after every home match. Food  from The Black Market Food Truck and Frank’s Gourmet Hot Dogs and non-alcoholic refreshments can also be had during games at All-High Stadium.

The team’s games run through mid-July, and possibly into August if the Blitzers go deep into the NPSL playoffs.